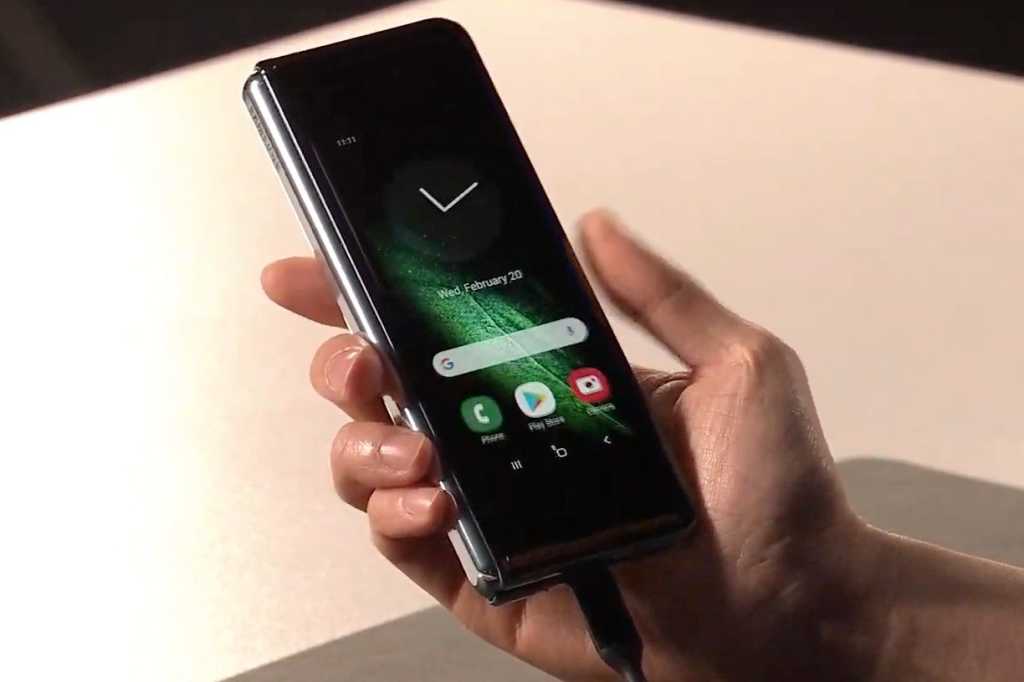 Update 1:10 pm ET: Samsung has issued a statement confirming the delay of the Galaxy Fold launch.

I guess it’s true what Kenny Rogers said: You gotta know when to fold ‘em. After announcing over the weekend that it was delaying Galaxy Fold launch events in Hong Kong and Shanghai this week, the electronics giant has now also reportedly pushed back the U.S. release date of its next-generation handset following a flurry of poor reviews and problems with the device, according to a statement from the company.

The Wall Street Journal initially reported that the Fold would be delayed “at least until next month,” but Samsung’s statement is even less concrete: “While many reviewers shared with us the vast potential they see, some also showed us how the device needs further improvements that could ensure the best possible user experience. To fully evaluate this feedback and run further internal tests, we have decided to delay the release of the Galaxy Fold. We plan to announce the release date in the coming weeks.”

The Fold was originally slated to start shipping this Friday, April 26. The $1,980 handset is Samsung’s first to feature a flexible OLED screen, and it was lauded as the future of mobile devices, with the ability to shrink a 7.3-inch tablet down to a pocketable phone.

However, what was supposed to be a celebratory launch of the world’s first mass-produced folding phone has turned into something of a disaster for Samsung. Many of the early review units sent out have exhibited issues that rendered the device compromised or inoperable after just a day or two of use.

For example, Dieter Bohn from the Verge experienced a “small bulge” in the center of the screen after what he suspects was a “piece of debris” that got into the hinge. Steve Kovach of CNBC experienced a flashing and flickering screen that completely overtook his device. Mark Gurnam of Bloomberg, YouTuber Marques Brownlee, and Wall Street Journal reporter Joanna Stern all experienced issues after inadvertently peeling off the protective layer that Samsung now says shouldn’t be removed.

Samsung says it will “take measures to strengthen the display protection. We will also enhance the guidance on care and use of the display including the protective layer so that our customers get the most out of their Galaxy Fold.”

Pre-orders for the Galaxy Fold went live last week and quickly sold out, though it’s not clear how many devices were available for purchase. Also unknown is how many of those orders were canceled after problems began to arise.

Why this matters: The upcoming folding phone revolution may be over before it even begins. Along with 5G, 2019 was supposed to be the year of the folding phone, with Samsung, Huawei, and others all developing handsets that can open to a tablet.  Beyond the technical issues, many reviewers criticized the Fold for its crease, ergonomics, and software, especially when using apps in full-screen mode. While folding screens will almost certainly be a reality one day, the Galaxy Fold saga has proven that manufacturers still need to work out some kinks.