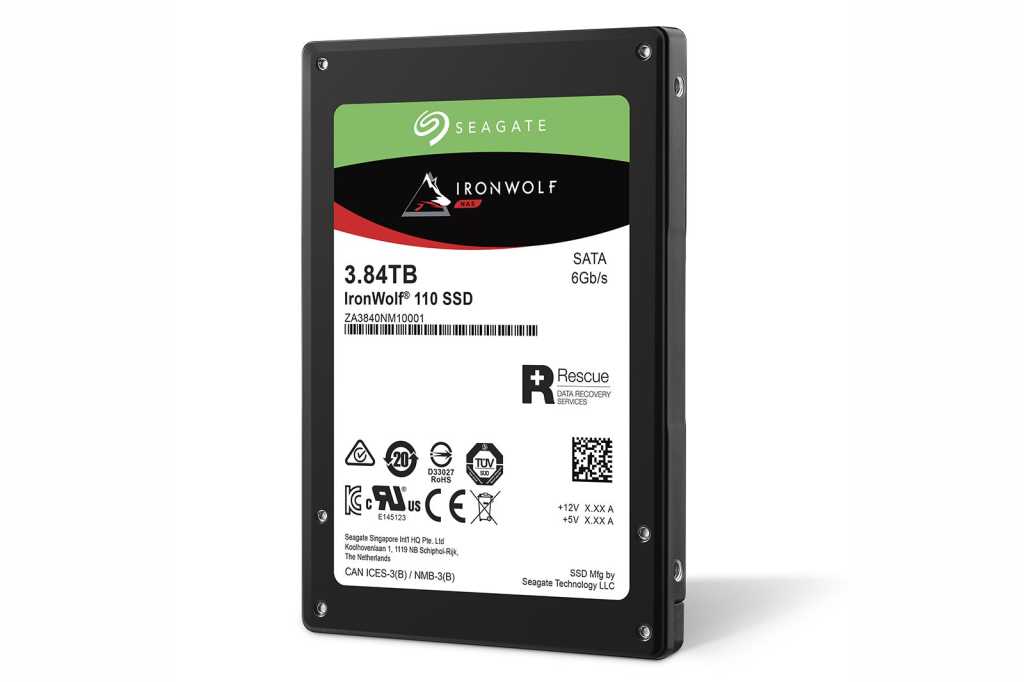 With about four times the normal longevity rating (TBW), good performance, and capacities up to 4TB (3.84TB as shipped), the Seagate IronWolf 110 is a good investment for a NAS box, or even end users who value reliability.

While Intel’s Optane SSDs set the standard for longevity ratings by letting you write a ludicrous 18 terabytes for every 1GB of memory on board, there are NAND-based SSDs that will endure beyond the norm.

One such drive, Seagate’s new TLC-based IronWolf 110 SSD, is rated for just under 2TBW (TeraBytes Written) for every 1GB of capacity—two to four times the norm for a consumer drive. The endurance is indicative of the 110’s intended role in NAS boxes, where it’s bound to see heavier workloads, though the drive is also well suited for PC users who want above-average reliability.

While Seagate is hardly the first vendor to make use of over-provisioning (the practice is as old as NAND storage itself), it’s the key to keeping an SSD running longer. In simple terms, that means there’s a lot of NAND in reserve to replace worn out cells. And yes, NAND cells may be written to only a certain number of times before they give up the ghost. 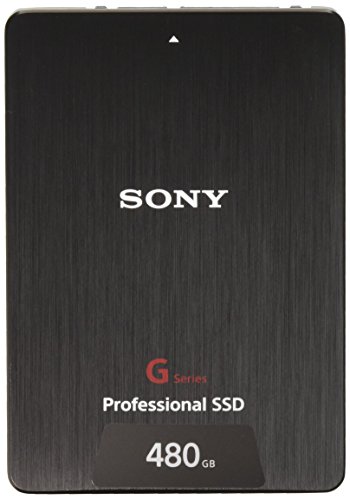 Alas, the IronWolf 110 is not the longest-rated NAND-based SSD we’ve had pass our portals. Not by a long shot. That distinction would like with the Sony G Series Professional SV-G48 which is rated for 4TBW for every 1GB of capacity. Same mission, better specs, though a bit slower performance.

As already noted, the IronWolf 110 is a 2.5-inch, SATA 6Gbps SSD. It’s 7mm thick no matter what the capacity, which seemed a little counterintuitive at first. At 77 grams (about 0.17 pounds) the IronWolf 110 is a bit heavier than most, which is reflective of solid construction, and—I thought—the amount of NAND on board. However, according to the spec sheet, all the capacities weigh exactly the same. Apparently 64-layer TLC NAND is weightless, or perhaps someone took the time to weigh only one drive.

Whatever the actual weight, 77 grams is close enough for rock and roll, and to calculate how much heavier your laptop will be if you install one of these puppies.

Saying an SSD is designed for NAS is a relatively minor claim. There’s the endurance extended by over-provisioning for heavy use, then there’s optimizing the drive for the expected workload profile: as a cache for hard drives, or with other SSDs in an array. Both those workloads are actually rather common, and our test numbers bear out that the drive is perfectly at home in other roles.

The IronWolf 110 uses Seagate’s DuraWrite technology, which uses lossless compression to reduce the amount of data written. That’s something that’s been going on in SSDs for quite a while. The drive also retains enough juice in a power outage to write the data in the cache to its permanent location to avoid data loss.

The 1.92TB IronWolf 110 (gold bars) that I tested proved a very good, and very consistent performer. It turned in nice numbers in CrystalDiskMark and AS SSD, and passed muster in our 48GB copy tests. It was also smooth and responsive in the QNAP NAS box I installed a pair of them in, as well as one drive alone in a QSAN NAS box as an SSD cache for two hard drives. It’s almost the fastest SATA SSD we’ve tested, following the leader by a thin margin.

When it came to our real world 48GB copies (shown below), the IronWolf 110 performed better than its Sony SV-G48 rival in three out of the four tests.

The IronWolf 110’s small file performance, as demonstrated by AS SSD’s 4K tests below, is largely on par with its Barracuda cousin, and slightly better than that of Sony’s SV-G48.

As with all SSDs, I also wrote a 450GB file to it to see if there were any performance dips or glitches along the way. There weren’t. You’ll often see the write speed of TLC or QLC NAND SSDs drop significantly when the write cache runs out. The IronWolf 110 was silky-smooth.

The IronWolf 110 is a very good performer, carries a reassuring endurance rating and warranty, and it’s not prohibitively expensive like Optane offerings. And, despite the marketing, it’s perfectly usable in PCs and other non-NAS missions.

Note that despite its higher price, I would opt for the IronWolf 110 it over the company’s user-oriented Barracuda SSD, as it exhibited none of the cache-related dips, slow formatting procedures, or other minor oddities that its sibling suffered.