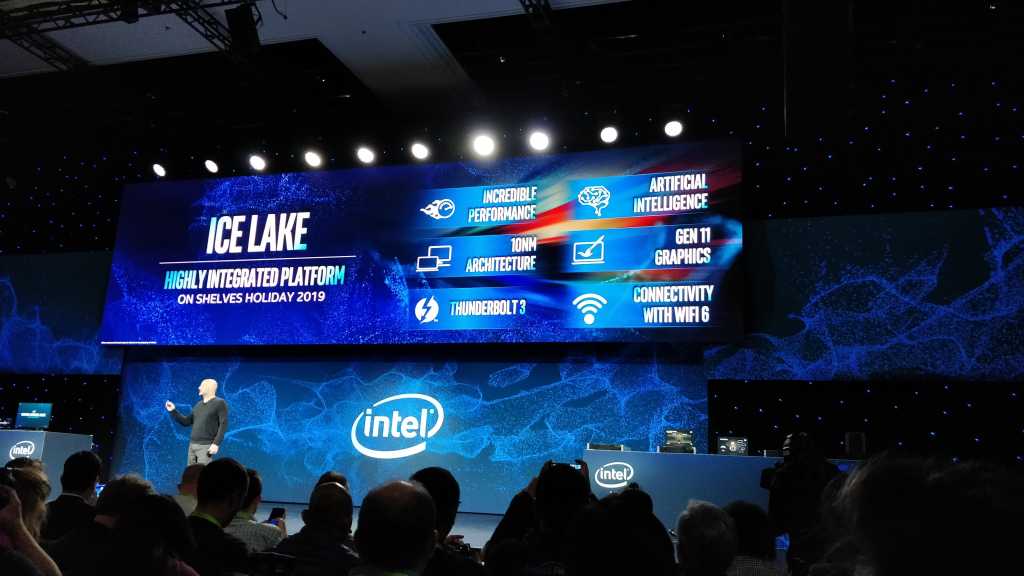 Newly-confirmed Intel chief executive Bob Swan made a bold claim on Thursday afternoon: that the company’s manufacturing would never again be a constraint on customer growth, following several quarters in which it did just that.

Put another way, Intel said that it was investing again in more 14nm capacity, even as it planned to offer a higher volume of next-gen 10nm products during the 2019 holiday season than it had originally planned.

Both statements came as Intel reported a tumultuous second quarter. The PC-centric Client Computing Group—which has historically struggled, and which Intel was gradually deemphasizing—reported positive revenue and operating income growth, while the historically more successful Data Center Group saw revenue and operating income decline. That, as Intel reported flat revenue of $16.1 billion and an 11-percent drop in profit to $4.0 billion YOY, and lowered full-year revenue forecasts because of a “more cautious” view of the year. Whew!

Swan, who was named permanent CEO in January, has already overseen the company’s withdrawal from the 5G smartphone modem market. Swan referred to Intel’s divestiture of McAfee and its sale of Wind River as indicators that Intel plans to get back to basics. Swan described the company’s decision on what to do with the 5G technology it developed as a “work in progress.”

“By doing fewer things, we’ll execute better at the things that matter most,” Swan said.

What this means to you: Intel, as the old curse goes, is living in interesting times. Some Wall Street analysts seemed irritated that Intel’s steady streak of successful quarters had stalled. Poor Swan was even mistakenly referred to as an interim CEO by his own investor-relations chief during introductions. Intel’s 5G plans appear to have flopped, again, and who knows how quickly Intel will be able to ramp 14nm capacity.

One bright spot: Microsoft’s own earnings call signaled that Intel’s manufacturing was back on track, now and in the quarters to come. Or will Swan’s bold statements come back to haunt him?

Intel has been fairly forthcoming with its plans for the PC market, and little appears to have changed. Intel still plans to qualify its first 10nm chip, Ice Lake, with customers during the second quarter, with PCs using it on store shelves by the holidays. What’s changed is that Intel’s confidence in its 10nm production is improving, and it plans to ship more units during the fourth quarter than previously indicated, Swan said.

The PC market as a whole has suffered through Intel’s chip shortages. Gartner has  estimated that worldwide PC shipments fell 4.6 percent to 58.5 million units during the first quarter of 2019. Rival AMD, meanwhile, has benefited: Its desktop market share climbed to 15.8 percent in the fourth quarter of 2018, and notebooks to 12.1 percent, according to reports from Mercury Research.

“Specific areas where we need to improve execution include meeting customer demand and delivering on our 10nm lineup of products,” Swan said. “And we are making progress. Our supply constraints have had a disruptive impact on our customers’ design ecosystems. We’ve committed to never again be a constraint on our customers’ growth. We’ve increased our capacity to improve our position in the second half, although product mix will continue to be a challenge in the third quarter, as our teams align available supply with customer demand.”

Specifically, Swan said, the company is prioritizing production of “big core” or multicore chips, over smaller, cheaper, “little core” chips. The implication is that Intel will hew more closely to its published prices for the high end of the 9th-gen desktop Core chips it recently announced, while letting prices of the cheaper Pentium Gold and Celeron chips creep up.

Still, it’s hard to say what the next few quarters hold for Intel. Previous leaks, as well as an additional one this week, imply that Intel will still be manufacturing 14nm parts well into 2020, with a new “Comet Lake” chip possibly scheduled to be launched at Computex. “Ice Lake” was generally considered to be a part that would be produced in small quantities, though Intel appears to be denying that now. Hold on: 2019 could still be a wild ride.