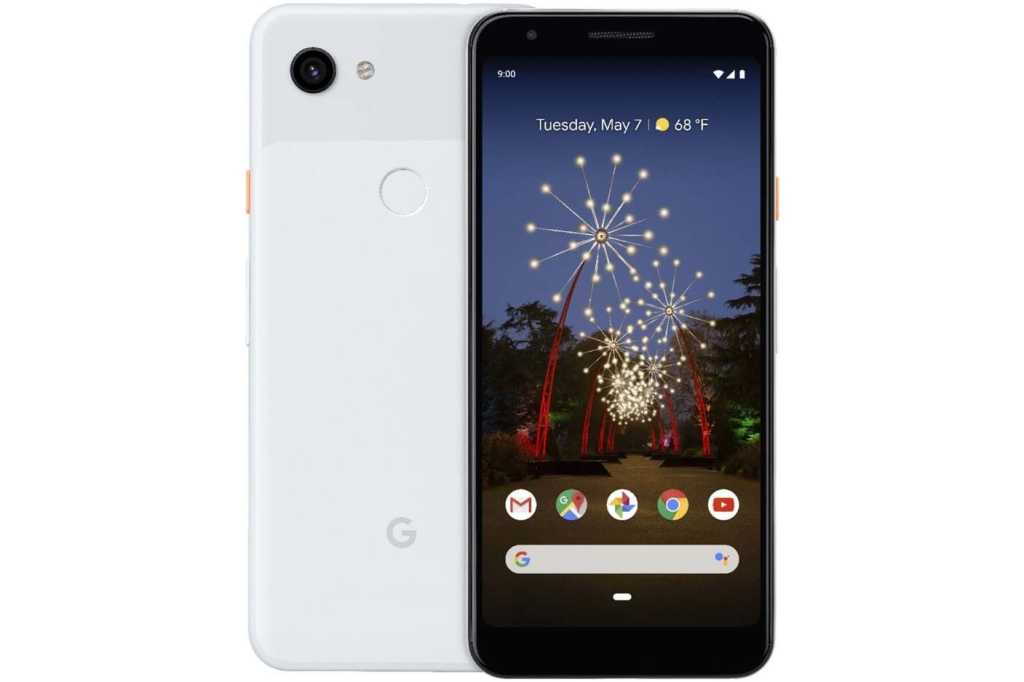 Google I/O is just around the corner, and this year is promising more than just new Assistant voices and Android features. According to a flurry of leaks, Google is finally going to release a cheaper version of the Pixel, appropriately called the Pixel 3a and 3a XL.

Courtesy of serial leaker Evan Blass, we have our first official look at the smaller of the two phones, and it’s pretty much what you’d expect. Google has never blown us away with its design, and the Pixel 3a is very much a vanilla-looking handset. Like the Pixel 2, there are giant bezels around screen with lots of dead space above and below it, and the back has the same trademark two-tone design sporting a single camera and a fingerprint sensor.

It will presumably be made of metal or plastic, as opposed to the glass Pixel 3, and it’s expected to have a mid-range processor, mono speakers, single selfie cam, and a headphone jack (because apparently that’s a budget phone feature now). Basically, it appears to be a cheaper version of the Pixel 2 with some Pixel 3 flair.

But the question is, How cheap will it be? Google sells its Pixel 3 for $799 and Pixel 3 XL for $899 with 64GB of storage, which puts it firmly in the premium category against the $900 Galaxy S10 and $999 iPhone XS. And the specs match up well: top-of-the-line processor, OLED display, great battery, excellent camera, etc. However, the Pixel 3 isn’t a real threat to those handsets, with the latest U.S. sales figures showing Google’s handsets running a distant third.

Look down, not up

Both Apple and Samsung offer a cheaper version of their flagship phones in the iPhone XR and Galaxy S10e, respectively. Both charge the same $750 for their “budget” handset, representing a significant savings over the step-up models. Neither company breaks down individual handset sales, but it’s more than likely that the iPhone XR and Galaxy S10e are both the leading sellers in their respective lines.

The Pixel 3a is a different animal. While the iPhone XR and Galaxy S10e have many of the same specs and design cues as their thousand-dollar counterparts, Google’s strategy here is seemingly to offer the Pixel experience in a seriously stripped-down handset. Yes, it will likely have the same rear camera, security, and Assistant features, but it’s also reportedly got a slower processor and wired charging.

Let’s break it down. When the Pixel 3 launched, Google cut the price of the 64GB Pixel 2 XL to $699, a modest $150 discount on the $849 MSRP. By the end of the year, however, it was selling it for $599, at which point it took a matter of weeks before the stock was depleted. A $599 Pixel 3a XL would put $300 between it and the Pixel 3 XL and make it a true budget Pixel that significantly undercuts the iPhone XR and Galaxy S10e.

If Google were to follow the same pricing scheme as Apple and Google, the Pixel 3a and 3a XL would be priced at $650 and $750, respectively. But that’s not low enough. For the Pixel 3a to be a real success, Google needs to target the OnePlus 6T, which starts at $579. Phones such as the Opposite R17 that use the Snapdragon 670 processor are generally priced around $550, and a new Pixel that starts at $499 or $550 would be hard to pass up.

The main reason to buy a Pixel has always been twofold: regular system updates and great photos. A cheaper Pixel will presumably deliver both of those things in a different package. And, hopefully, at a breakthrough price.