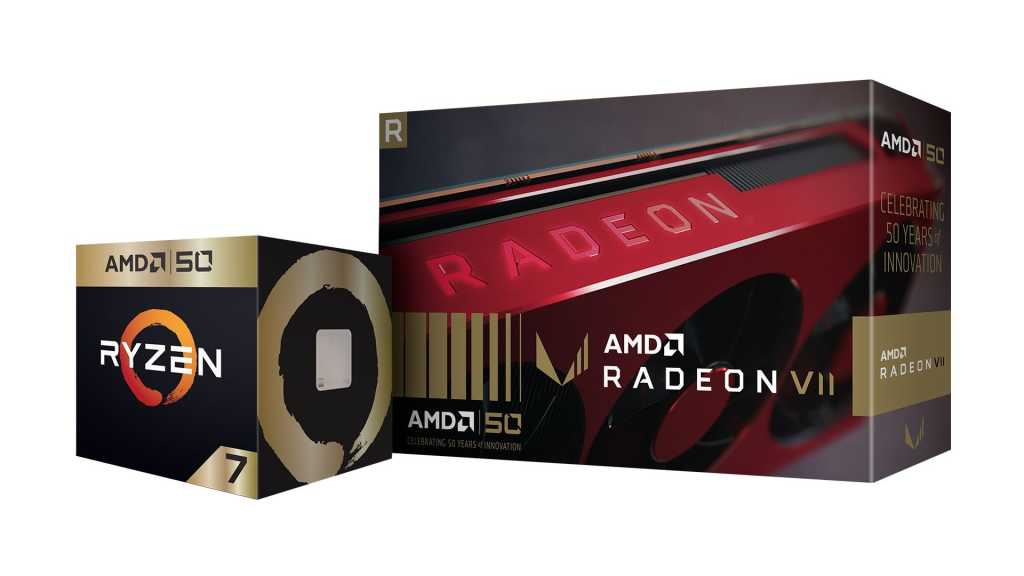 AMD’s hitting the big 5-0 on May 1st, and to celebrate the milestone, the company just announced blinged-out new “Gold Edition” models of its respective CPU and GPU flagships, the Ryzen 7 2700X and Radeon VII. They are already available, and AMD’s bolstering their arrival with a slew of promotions and sales.

While some earlier leaks whispered of spec bumps, the Ryzen 7 2700X Gold Edition and Radeon VII Gold Edition stick to the stock specifications of their namesakes, rather than being faster, cherry-picked models like Intel’s nostalgic Core i7-8086K. That’s not terribly disappointing though, as both the 8-core, 16-thread Ryzen 7 2700X and the beastly HBM2-laden Radeon VII are insanely powerful components.

The Ryzen 7 2700X Gold Edition, meanwhile, costs $330 on Newegg. The basic version sells for a hair under $300. The Gold Edition justifies its premium by including AMD CEO Lisa Su’s signature laser-etched on the CPU’s heat spreader, along with specialized golden packaging.

If you buy a Gold Edition product, you’ll receive an AMD50 sticker signed by Su, along with a coupon for a free 50th-anniversary tee shirt. You’ll also receive free game codes for World War Z and The Division 2: Gold Edition, though the game bundle also extends to many non-Gold Edition SKUs as well. It’s available through June 8.

Buying AMD’s most potent hardware isn’t the only way for fans to buy into the company’s celebration. Sapphire has released a 50th anniversary version of its superb Sapphire Radeon RX 590 Nitro+, replacing the card’s typical shroud with a brilliant golden variant. You can buy it for $240 on Newegg, and yes, it comes with those two free games.

AMD tells us that “Select retailers and etailers worldwide plan to offer special deals on select AMD products during the AMD50 promotional period beginning April 29 through June 8, 2019. For example, Best Buy is launching a one-day AMD 50th Anniversary sale on May 1, 2019, offering up to $150 USD off on select AMD products.” Keep your eyes peeled at all the usual places.

Finally, AMD sent along an infographic highlighting some of the company’s highlight innovations over the past half-century. Click the image below to increase its size and take a stroll down memory lane.