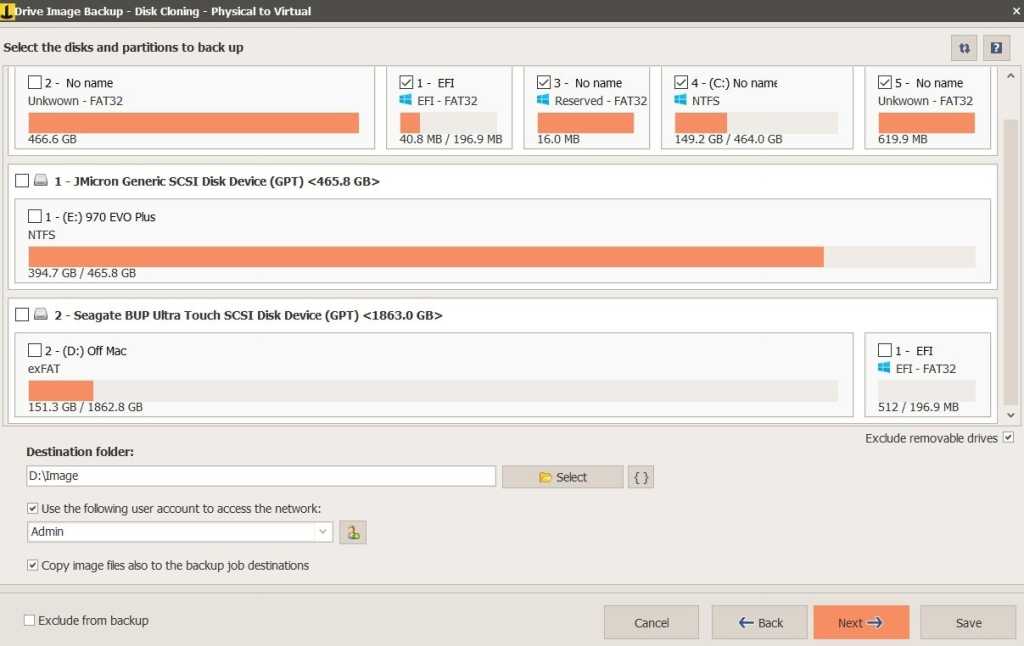 Pros will love the feature-rich pay version of this backup program. The interface could be more intuitive, but the capabilities are all there.

Iperius backup is a very powerful program that in its pay-to-play persona images partitions and drives to a non-proprietary format and also handles backup of files, virtual machines, and various pro and enterprise formats. There’s also a limited, but still useful free version if all you need is the plain file backup.

This review is part of our ongoing roundup of the best Windows backup software. Go there for information on competing products and how we tested them.

Because of the relatively Spartan yet attractive interface, Iperius gives you the feeling  right off the bat that you’re dealing with a pro-level application. Not that there aren’t some ugly or dated looking programs that perform extremely well—that’s shape prejudice on my part, to be sure.

However, though the program looks straightforward at first, the scattershot way of defining the relationship between sources (“items” in Iperius) and destinations makes it less simple than it seems.

It’s easy once you understand the concept, and the flexibility is worth the learning curve, but the process would be much easier to understand if all the destinations were defined in the sameplace.

There’s little in the way of backup that Iperius can’t do. It performs plain file copies (really a one-way sync), copies files to Zip containers, and images drive and partitions to friendly .VHD containers. The .VHD files are mountable by Windows and various virtual machines (VirtualBox, VMware, etc.) programs, so you’re not reliant upon Iperius to browse them.

There’s even has a fully functional FTP client on board that opens up a remote directory and a local one, then lets you copy back and forth. FTP (File Transfer Protocol) is the granddaddy of remote file access protocols. I still used it to back up my PCs to my NAS boxes..

Options include scheduling, email upon error or completion, network user profiles (user name/password so you don’t have to re-enter them for every job), and a host of criteria about what to copy, among other settings.

The one option I did not spot was an option to throttle CPU usage. You can vary the level of Zip compression, which can have the same effect if you’re using that container format. On the other hand, I never noticed Iperius slowing down my system, so whatever percentage or algorithm they use, it works.

Iperius backs up to cloud services such as Dropbox and Google Drive. However unlike other programs that allow you to interact with the service via a web browser by merely letting you sign in, Iperius forces you to sign in from outside the program and grab a token. You can read about the methodology here, but this is another sticky wicket for less experienced users. Iperius offers an online storage service that may be used with the program if your service isn’t supported.

Iperius also offers a console service for IT types that will track what’s been going on with your backups. Some versions of the program (not tested) support backup of SQL, virtual machines, Exchange and more.

The free version is great for backing up files to local and local network destinations, but it won’t run as a service, perform multiple simultaneous backups, or create recovery boot media as the pay versions will.

As the single PC license is a mere 29 euros ($32 at the time of this writing), I recommend that you give the 21-day trial a shot. The advanced features are useful, and if you don’t need them, you can continue to use the limited version for free. You can compare all the Iperius versions on the company’s website.

I did a number of tests with Iperius, including multiple-action file/image jobs with multiple destinations. For all file-related tasks, including downloading files from FTP and network locations, it performed quickly without, as I mentioned, slowing down my system. The integrity of the backups was perfect.

The only issue I had was with imaging: An image was created properly, but wasn’t copied to my local external hard drive, which Iperius said was likely because the primary destination (external USB drive) was formatted to exFAT and not NTFS. Hopefully, this is not an issue much longer. I run both PCs and Macs, and exFAT lets me use the drive on both platforms. If that’s not an issue for you, use NTFS, which is much faster writing small files.

A few unusual features to note with Iperius. By default the program will recreate the entire path of the folder or file you’re backing up. This can under some circumstances induce errors by creating file names that are too long. Disable the option in the dialog to avoid this.

The program that I downloaded wasn’t completely translated to English. Other languages my be different, but there were still buttons in Italian in the log dialog, and possibly other locations. It was easy to guess the similar words, but it does make one wonder what else had been overlooked.

Also, the backup progress dialog isn’t modal and can easily be hidden behind the main window. To show it, access the system tray icon and select the option to show it.

I’m extremely impressed with Iperius Backup’s versatility and performance. It could do a better job of defining and presenting the relationship between sources and destinations, but the mere fact that it’s so versatile in this regard, and that it combines file backup and imaging using non-proprietary containers, puts it in my top three.

For system recovery, the little non-fatal glitches in the language translation and imaging transfer test means I’ll stick with my old pals True Image and R-Drive Image, but I’m liking Iperius as a one-stop shop. Definitely worth the download. Check it out.