We don’t run many “Hey, check out the new trailer for this game!” posts at PCWorld outside of our weekly Missing Pieces wrap-ups because, well, isn’t that what YouTube’s for? Most game trailers don’t hold deeper meanings or warrant much additional context. That’s not the case with the latest Mass Effect: Andromeda trailer. 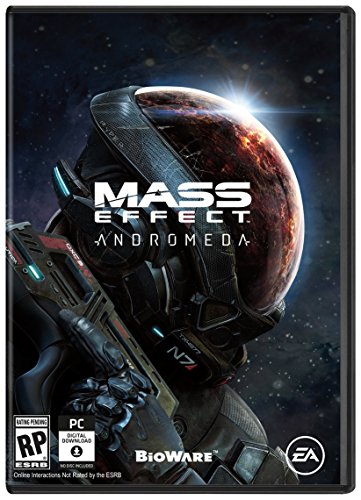 The Nvidia-produced video delves deeper into some of the more exotic features that help the game’s eye candy look so luscious. What’s more, it lets you see that vividness with your own two eyes if you’re rocking a high-end set up: The Mass Effect: Andromeda tech trailer’s streaming in glorious 4K HDR.

4K gaming’s been around for a while now, but stunning high dynamic range video is only just starting to sink its talons into PCs. Mass Effect: Andromeda’s blazing a trail as one of the first PC games to include support for the technology, following Hitman, Resident Evil 7, and Shadow Warrior 2. Some high-profile 2016 releases, such as Forza Horizon 3 and Deus Ex: Mankind Divided, actually supported HDR on consoles but not PCs. Blech.

Not that you can really blame them. Currently, there aren’t any HDR-enabled consumer PC monitors available for purchase, meaning you can’t bask in the full glory of those handful of HDR-compatible games—or the trailer above—unless you connect your computer to an HDR television set.

That’s changing soon though. HDR exploded onto PCs at CES 2016. In fact, Nvidia announced a pair of 144HZ, 4K G-Sync HDR monitors that are basically the holy grail of PC monitors, teasing the duo with images from (you guessed it) Mass Effect Andromeda. Not to be outdone, AMD revealed its own HDR-focused FreeSync 2 technology at CES, while LG and Dell teased standalone HDR monitors of their own.

So no, you can’t watch this Mass Effect: Andromeda 4K HDR trailer on a PC display right now. But you’ll be able to very, very soon—the G-Sync HDR monitors should release by the end of June—and it’s thrilling to see developers like BioWare blazing a path to prepare for that arrival.

A conversation I had with Mass Effect: Andromeda producer Fabrice Condominas at CES hopefully suggests that HDR adoption by PC developers should happen sooner than later. Integrating HDR into Bioware’s game was a fast process as EA’s Frostbite engine already supported it, Condominas said. Major engines like Unreal Engine 4 and Unity also support HDR, and Condominas told me that console developers are all over the technology thanks to the Xbox One S and PlayStation 4 Pro’s arrival. He expects PC games with high dynamic range to start appearing quickly now that we finally—finally—have HDR PC monitors on the way.

Such potent visuals require a fairly beefy PC, however. Mass Effect: Andromeda’s recommended PC specs suggest using a Core i7 processor and either a 3GB GTX 1060 or Radeon RX 480—and that’s just to hit 30 frames per second at High settings on 1080p resolution. Fingers crossed BioWare’s playing it a bit safe, since EA’s Frostbite engine is renowned for scaling well across myriad hardware configurations. Powering a no-compromises 4K experience like the one teased above likely requires a GeForce GTX 1080 Ti or a pair of lesser-powered graphics cards, though.

Get in the game: Even though you can’t buy an HDR monitor today, you can get your hands on Mass Effect: Andromeda immediately. The game launches next Tuesday, March 31, but subscribers to EA’s $5 per month Origin Access service can already play a 10-hour trial. Not into paid-for demos? Check out PCWorld’s Mass Effect: Andromeda preview for our impressions after going hands-on with the game for a few hours.