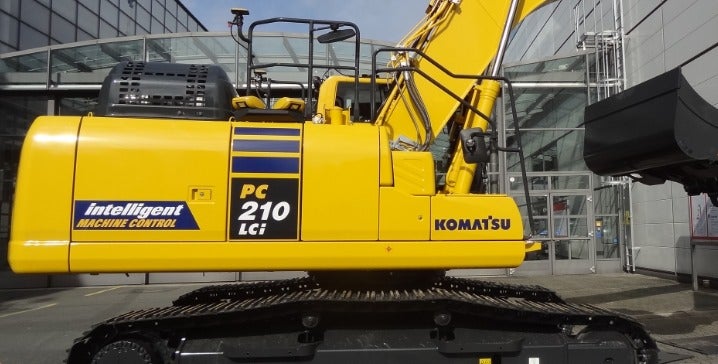 Declining birth rate, aging population, natural disasters, pollution: Do these sound like issues the IT industry can deal with? Japanese businesses say yes, and a number of them are at the Cebit trade show in Hanover, Germany, to explain why.

Industry 4.0 — the building of “smart factories” in which machines monitor one another and make decentralized decisions about production and maintenance — has been a theme of recent Cebit shows.

Now, under the banner Society 5.0, the show’s partner country for 2017, Japan, wants to take the transformation beyond industry, making “smart society” one of the show’s talking points.

Behind the drive are some very real societal problems. Japan’s population is falling, but the average age of its citizens is increasing. A consequence of a low birth rate and extreme longevity, this is leading to an imbalance between young, active workers and those needing care. But with the country in a seismically active area, and having an ageing industrial infrastructure, this shrinking workforce is likely to deal with natural disasters and incidents of pollution.

The Japan Business Federation (Keidanren) has set out a plan for addressing the transformation.

It wants to open up Japanese workplaces to foreign workers and to women, two groups notoriously underrepresented in Japanese industry. This alone could go some way to alleviating the country’s demographic problems.

Outside the workplace, it is looking for ways in which technology can help all citizens to participate actively in society, even the elderly.

To allow companies to build technology ecosystems together, Keidanren wants less competition and more cooperation with foreign businesses in some fields.

And, of course, it sees a new role in transforming society for many of the technologies that are already changing industry, with the internet of things, cybersecurity, artificial intelligence and robotics among the areas sure to play a part. Japan’s use of robotics in industry is already second only to that of South Korea, with 211 robots per 10,000 workers. Germany is in third place with 161 per 10,000, putting those countries well on the way to Industry 4.0.

Show visitors will be able to hear more about Japanese industrialists’ vision for Society 5.0 in the Cebit Japan Summit, webcast live from the Sakura stage  in Hall 8 on Monday March 20, from 11.30 a.m. to 1 p.m. And later in the week, they’ll be able to hear the robots’ point of view too: Pepper the humanoid robot will be on stage in Hall 8 on Wednesday and Thursday mornings, participating in discussions about designing customer experiences with humanoid robots, and machine recognition of human emotions.

Pepper, now owned by Japanese internet and telecommunications company Softbank, was originally developed in France, but other Japanese companies exhibiting at Cebit will be demonstrating technologies made in Japan.

Japan has a long-standing reputation for microelectronics, but not all the innovations on show at Cebit are about miniaturization.

Komatsu has brought its latest intelligent excavator. While still leaving its human operator to direct the broad sweeps of the bucket, the PC210LCi-11 compares its movements with a digital version of the construction project to prevent the operator from digging outside of the defined area. That can mean less work in staking out the construction site, and in surveying the finished excavation. The whole thing is monitored via a touch-screen display. Showgoers can experience what it’s like to operate one in a simulator on Komatsu’s stand.

If you carry a smartphone, you probably spent a significant part of the day wondering when best to recharge it — and that’s for a battery containing a few watt-hours of energy, at best. When your battery is a thousand times as big, intended to store up renewable energy and power your home or workplace, then the decision when to charge and discharge can be thousands of times more complicated. Companies like Tesla and Toshiba want to make such big batteries commonplace, and Toshiba is also thinking about how to get the most value out of every charge. It will be showing the first fruits of a research project into distributed energy resource aggregation for virtual power plants, which attempts to balance local energy demand and energy supply from renewable sources such as photovoltaics to decide when to draw on its 10kWh fixed storage batteries. By using a distributed array of such batteries to smooth out dips in generation and peaks in demand, it hopes to reduce the need for centralized generating capacity, and plans to bring the service to market in October.

Knowing what’s going on across a power network helps Toshiba reduce power plant costs and improve reliability — and Fujitsu hopes to do the same for industrial plant. Its Intelligent Dashboard gives an overview of what’s going on in a factory, highlighting problems and offering guidance on preventive maintenance. The same company is also showing Ubiquitousware, which employs some of the same technologies found in fitness wearables to monitor location, body position and vital signs, learning the wearer’s movements so as to identify anomalies such as falls, drowsiness or ill health. Fujitsu sees applications in industry, transport (driver safety) or in health care, where the devices could be worn by staff and patients alike.