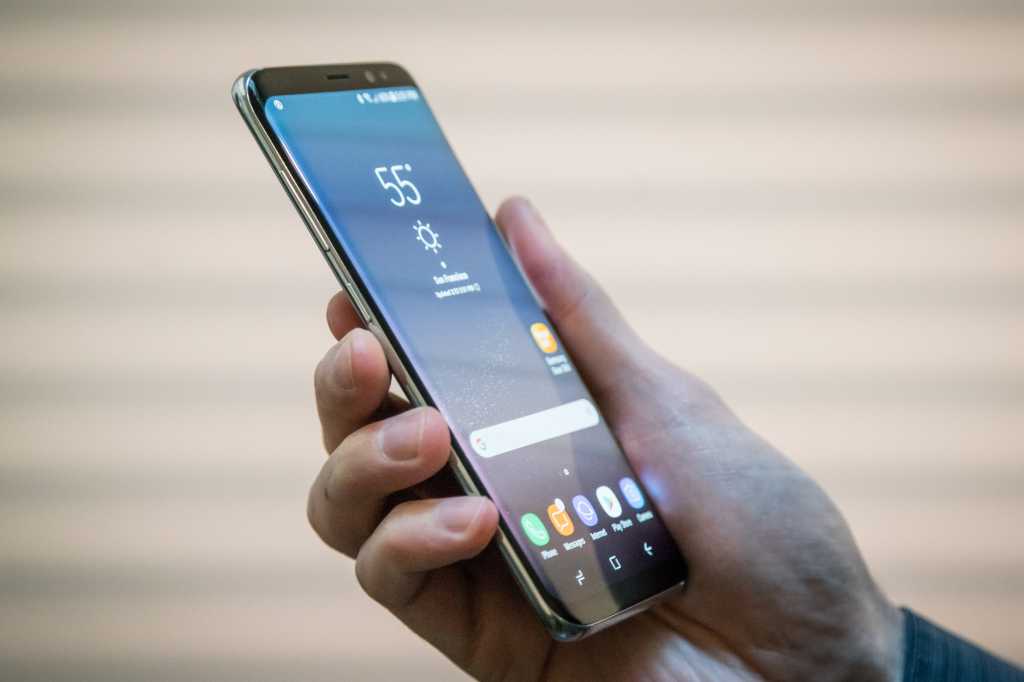 Samsung has a portfolio of devices and appliances that would make Apple envious. But unlike Apple, Samsung devices don’t work well together.

With the Galaxy S8 smartphones and other new products, Samsung hopes that will change. The company is setting in motion a grand plan to build smart homes where its devices operate seamlessly and provide a consistent user experience.

Samsung’s S8 smartphones will be able to activate appliances through Connect, an app based on the company’s SmartThings platform. With just a flick of the finger, the app will allow users to start a robot vacuum cleaner, dim lights, or even ask a Family Hub refrigerator to analyze contents and send a supermarket shopping list.

Samsung also introduced the Connect Home router, which integrates the SmartThings hub. The router can be used as a central device to control SmartThings devices sold by Samsung and other companies.

After much foot dragging, Samsung is finally pushing its consumer IoT strategy forward, with SmartThings the glue that brings all devices together. Samsung acquired SmartThings in 2014, but it took almost three years for the company to make it a useful asset.

That’s partly because Samsung has been a somewhat dysfunctional organization in which divisions often compete with each other instead of cooperating. The competing divisions are now working together with the hope of providing a consistent device experience, something that has made Apple successful.

Samsung still hasn’t shown anything related to its recent acquisition, Viv, which has developed a full-blown AI service. Either Samsung is fumbling with Viv, like it did with SmartThings, or internal dysfunction is delaying its implementation in mobile devices, analysts said.

Bixby has some cool features, but it still lags behind Apple’s Siri or Microsoft’s Cortana. Bixby is a voice agent for smartphones to run tasks and is also capable of recognizing images, providing recommendations, and translating languages.

Samsung this week showed Bixby on S8 recognizing the Flatiron building and then providing recommendations on places to eat nearby. Additionally, the service can recognize objects and then redirect users to sites where people can buy or see reviews of items. But the demonstrations were carried out under controlled conditions.

But there are issues that Samsung needs to work out. The S8 handsets have Google’s more advanced artificial intelligence technology, which could hurt Bixby’s adoption.

The S8 remains “first and foremost a Google ecosystem device,” and Bixby is trying to provide a different type of service, said Richard Windsor, an analyst at Edison Investment Research, in a research note.

“But careful assessment of what Samsung demonstrated shows a service that has very little intelligence at all,” Windsor said. It also works with few apps, limiting its utility.

Bixby also lacks advanced analytics that could help with home automation. For some reason, Samsung has chosen a limited implementation of SmartThings, which is already capable of home automation. For example, SmartThings can analyze data gathered over time to automatically switch air conditioners on or off, or turn on a light or heating when a car is close to home. The service can also provide diet recommendations based on health data gathered over time. Advanced features of SmartThings will be available in the future, a Samsung spokesman said.

Advanced features of SmartThings will be available in the future, a Samsung spokesman said.

At an analyst event on Thursday, Samsung showed Gartner’s Goertz a pyramid-like graphic which showed IoT and intelligence as a middleware foundation for a group of products.

“Going forward, we should expect the currently siloed groups and technologies to leverage this common platform and maybe that way, bridge the silos and create much-needed synergies,” Goertz said.

But the IoT data platform is still nascent, and Bixby lacks advanced AI features. Viv could bring advanced analytics to Bixby over time, but Samsung hasn’t rolled the service out.

Samsung also has a full-blown cloud service called Artik, but it is offered by the company’s semiconductor unit, which operates almost like a separate company. SmartThings can work with the Artik Cloud and open up to a wider range of smart home devices. However, Artik is more of a cloud-based analytics play, much like Microsoft’s Azure.