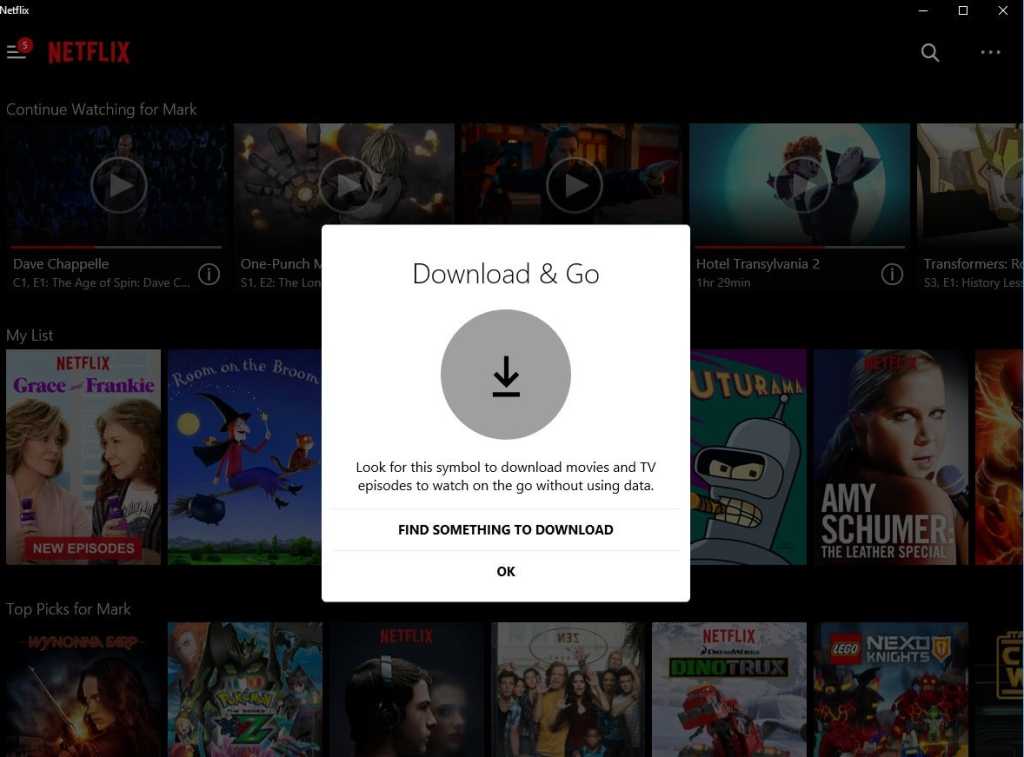 Netflix added the offline viewing options as part of the most recent update to the Netflix app on Windows 10, according to Windows Central. Because the Windows Store doesn’t show you what version of the Netflix app you’re using, just make sure you check for updates using the large blue button in the upper-right corner of the Windows Store app to receive the latest version. You won’t need the Creators Update to take advantage of the new feature, either.

When you open the app, Netflix will show you a large splash screen that advertises the new “download and go” capability. Unfortunately, if you click the Find me something to download button, the Netflix app doesn’t currently display a list of downloadable titles; you’ll have to hunt them down yourself.

Netflix usually prioritizes its own shows first as downloadable options, though its entire catalog isn’t immediately available. Daredevil, Five Came Back, and Easy were among the Netflix shows that weren’t available for download, while The Angry Birds Movie, a general Hollywood release, was.

Previously, Netflix reserved the downloadable streaming option for its mobile apps for Android and iOS. Because Netflix is a Microsoft UWP app, there’s a good chance the offline capabilities will come to Windows phones and the Xbox—though an always-on game console probably doesn’t really need an offline option.

Why this matters: Because the offline option was available to mobile users before, this isn’t entirely new. But its new availability on the larger screens available to notebooks and desktop PCs means that you won’t have to squint at your mobile phone to keep up with your favorite shows.