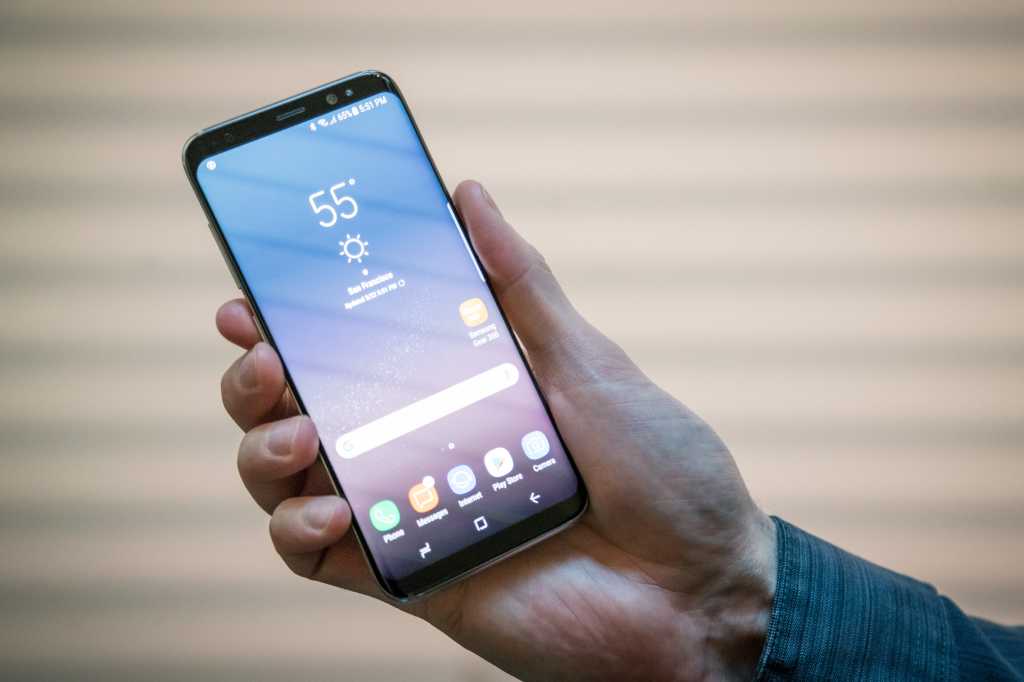 Samsung is seeing strong demand for its Galaxy S8 and S8+ smartphones, suggesting that consumers may be looking beyond the company’s debacle with the Galaxy Note7.

The company’s head of mobile DJ Koh said at a media event in South Korea on Thursday that pre-orders for the Galaxy S8 and S8+ had outstripped those for its predecessors, the Galaxy S7 and Galaxy S7 edge, which were launched in March last year.

A Samsung spokesperson confirmed Koh’s remarks but did not provide figures for the pre-orders for the devices. The company disclosed, however, the number of pre-orders for the S8 and S8+ in home market South Korea, which were at over 728,000.

“The news about the S8 is very positive at this point, though we have to see how many of the pre-orders translate into sales,” said Kiranjeet Kaur, research manager for client devices at IDC Asia/Pacific. There is a pent up demand for a large screen Samsung phone after the Note7 was discontinued, and the S8 devices meet that requirement, she added.

The Galaxy S8 and S8+ are scheduled to hit shelves in the U.S. and some other markets from April 21. The new devices have been closely watched because it is the first major launch by the company after battery issues surfaced in the Note7, an earlier flagship device, forcing the company to stop production in October of the smartphone and recall over 3 million units.

Samsung placed the blame for the overheating and sometimes explosions of the Note7 on batteries provided by two suppliers. Koh said the companies had tested over 100,000 batteries internally this time to ensure the problem doesn’t recur with the S8, according to a report.

The arrival of the Galaxy S8 has had some setbacks too. The company said Tuesday that the voice feature in its Bixby voice-activated personal assistant won’t be shipping in the U.S. with the Galaxy S8 smartphone on April 21, but would be available later this spring.

The company has reportedly had problems with the voice-recognition performance of the English version of Bixby. Other features of Bixby like Vision, Home and Reminder will be available at the global launch of Galaxy S8 on April 21, Samsung said.

The company appears to have recovered financially from the Note7 crisis.  It said last week it expects its operating profit in the first quarter was 9.9 trillion won (US$8.8 billion), up 48 percent from 6.7 trillion won in the same period last year, helped largely by growth in its components business. Following the stoppage of the production of Note7,  the company reduced its profit forecast for the third quarter of last year by over 2.6 trillion won, while cutting revenue expectations by 2 trillion won.

The company is also better prepared to meet demand for the S8 and S8+ as it is likely to have ramped up production of its curved screens to avoid a re-run of previous disruption of phone shipments on account of shortages of these screens, Kaur said. By narrowing down to a couple of flagship devices, Samsung now has a more streamlined portfolio and will be able to better focus its marketing and other resources on these smartphones, she added.