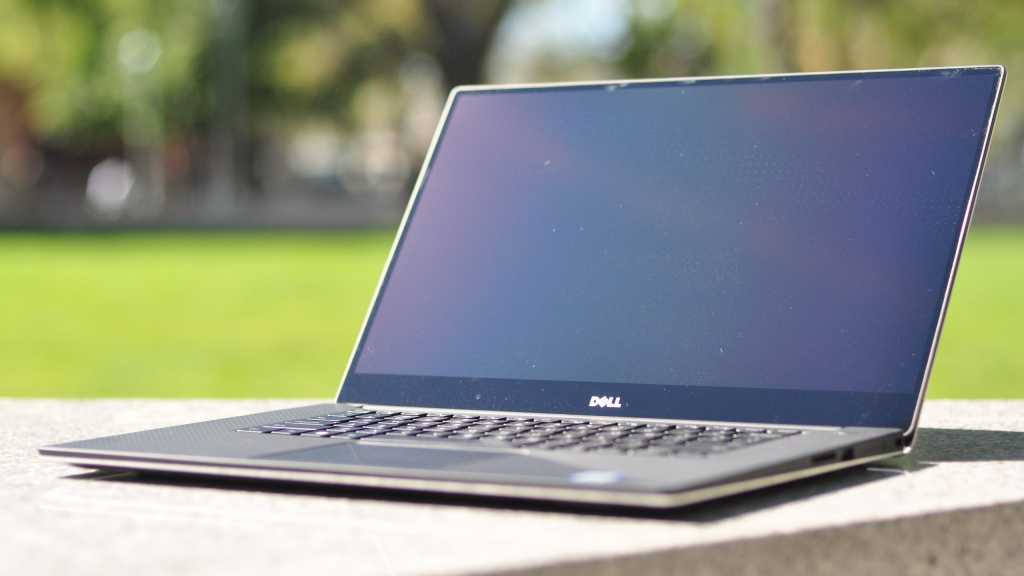 Dell’s Precision 5520 is one of the very few laptops to offer a Linux distribution as a pre-installed operating system. Another is Dell’s XPS 13 Developer Edition, which offers great performance in a compact size. For people wanting something a little more powerful, the Precision 5520 (which starts at $1,399 but is $2,765.50 as configured) packs workstation levels of power while remaining just shy of four pounds (3.93, to be exact).

This is actually the second Precision 5520 PCWorld has received. A first unit suffered two indignities. First, Dell installed the wrong Linux kernel that didn’t have all the updated drivers it needed. Second, we failed to follow up with Dell when we had problems with the Wi-Fi, keyboard shortcuts, and display brightness.

If nothing else, the mixup with the Precision 5520 showed just how bad an experience can be on really good hardware if the appropriate drivers aren’t supplied. It also showed why simply installing a Linux distro on a machine meant for Windows (along with Secure Boot and all the nonsense that entails), really doesn’t offer the same experience as a machine that’s shipped with Linux in mind. Fighting with hardware is one of the reasons people avoid Linux, after all.

PCWorld regrets the errors, and we’re happy to report the second unit is a complete departure from the experience we had before. The Ubuntu animation for the new installation played the familiar boopy-beepy music. I was able to connect to my home network the way I expect NetworkManager to, without a hitch. The screen brightness was controllable from the hardware keys, though Ubuntu still didn’t seem to like the Windows key or the Search key to open up the universal search pane.

Performance starts with the body

The Precision 5520 is a different class of laptop than the XPS 13, and it shows. The device is physically bigger, looking more like an XPS 15, with Dell’s aluminum and smooth matte-black touches all around.

Of course, most of your time with the PC will be spent looking at the screen, and it doesn’t disappoint. It’s a bright 3840×2160 (4K) touchscreen that keeps things sharp in its 15 diagonal inches of real estate.The screen’s bezel is slim, meaning that more of that expanse is taken up with actual pixels. To that end, Dell has placed the webcam near the hinge, allowing the screen to extend further up top. Just be warned, this means the camera will be looking up at you, ready to cast awkward shadows and highlight any flaws in your neck and chin.

The palm-rest area features something many users won’t be accustomed to: an Intel Xeon logo (in place of the more common Core i5 or Core i7 branding), which indicates right away that this machine is all about the cores—of which there are eight—and not necessarily the clocks (although the 2.9GHz clock speed isn’t shabby). In fact, the Precision’s Xeon demolished the Core-grade CPU in the 2015 XPS 13 Developer Edition I used for comparison. The extra cores and higher clocks really paid off in CPU-intensive tasks like kernel compilation and file compression.

The PC also comes with a hefty helping of RAM, to the tune of 32GB. That’s a lot more than the average user will need, but it’s a big advantage for workstation loads, saving the system from having to hit the swap space (virtual memory) on the storage drive.

For connectivity, the laptop comes with three USB ports: one USB 3.1 Type C/Thunderbolt and two USB 3.0 Type A. You also get an HDMI out, an SD card reader, and a Kensington lock. For those who prefer using a mouse, you’ll probably want to go with a Bluetooth option in order to conserve the two USB 3.0 ports.

The Precision 5520’s performance, amped by its Intel Xeon processor and generous amounts of RAM, made the XPS 13 look like a child’s plaything. And that’s saying a lot, because the XPS 13 is no slouch when equipped with a Core i7.

The SSD test using IOZone showed some impressive results. The sequential read speed for a 4GB file (using a 1MB record size) came in at about 11,176MB/s. Compared to the XPS 13’s 8,725MB/s, the Precision 5520 offers a 28-percent improvement in read speeds.

In the sequential write test using the same settings, the Precision 5520 pushed data to the SSD at a rate of 1,211MB/s, about 2.4 percent faster than the XPS 13.

The next test looked at the 3D capabilities with the Unigine Heaven graphics test. Rendering at a resolution of 1920×1080 at full settings, the Precision 5520 managed a meager-looking 8.98 frames per second. That’s still faster than the XPS 13, which managed only 7.92 frames per second.

It is important to keep in mind that the Precision 5520 is not billed as a gaming machine, so a low score on a graphics test meant to replicate gaming scenes isn’t a deal-breaker by any means.

For the CPU tests, the Precision 5520 really showed off its power and demonstrated the difference between a Core i7 and a Xeon processor. CPU utilization was at 2.6 percent for H.264 video playback and scored exactly the same as the previous unit did. In comparison, the CPU usage on the XPS 13 was about 7.9 percent for the same test.

Number-crunching is what Intel’s Xeons and desktop-enthusiast Core i7s do best. In the computation-intensive tasks, the Xeon really shined. Encoding H.264 video takes a lot more power than decoding, but the Xeon made light of it. The Precision managed to encode video at 202 frames per second, compared to the XPS 13’s 93 frames.

Kernel compiling time showed a big improvement over the XPS 13 as well, taking only 98.4 seconds for the Precision 5520. Meanwhile, the XPS 13 took 254.9 seconds in its attempt, over 2.5 times longer.

Not everyone compiles a kernel every day, but many people compress files or re-encode media files. In its tests using the Gzip compression algorithm (one of the most common compression algorithms used in Linux), the Precision 5520 compressed a 2GB file in about 10.1 seconds. The XPS 13 compressed the same 2GB file in 12.6 seconds. While 2.5 seconds don’t sound like much, that’s a 25 percent difference between the Linux workstation and the Windows laptop.

Encoding a WAV file to FLAC showed a similar trend. It took 5.04 seconds on the Precision, while the XPS 13 took 7.65 seconds to encode the same file.

The battery rundown test showed very good results. When I ran PowerTop, I noticed that most of the power-saving options were enabled by default, so I didn’t have to do any tweaking. I did, however, darken the backlight to about 50 percent of maximum. I then played a 1080p H.264 movie on loop in VLC and unplugged the charging cable.

Normally, I would run the test while pinging the Precision 5520 from my own PC with a script. The script would stop a timer when the PC being tested failed to respond to a ping. It’s usually a pretty solid way to test how long a PC is on.

On the first attempt, however, the Precision 5520 disconnected from my home Wi-Fi network several times while running the test. Needless to say, this created artificially short test results. I knew the reported results were way out of whack because the Power Statistics application clearly showed over five hours of operation.

After contacting Dell, I learned that Linux’s wireless networking stack would tell the Wi-Fi card to scan continuously for the best-quality signal for known good SSIDs. If a better one is found, the card would attempt to switch.

For people working in large offices or on campus, this is actually a pretty darn good feature. It’s just a bit of a pain for testing. I have both a Wi-Fi router and a wireless access point at home on the same SSID. On top of that, the router has both a 5Ghz and 2.4GHz network with the same SSID. That’s a lot of options for the little, confused card. In order to run the test, I had to open up the options for my wireless network and set the BSSID, which locks the association for a given SSID to a specific radio. That allowed me more network stability to run the test.

After running the test again, I found that the laptop happily played a 1080p H.264 movie on loop for 6 hours, 36 minutes. That’s good news, especially considering that time is not counting the fact the Wi-Fi lost its lock early in the test (somewhere in the first 5-10 minutes or so). I restarted the timer after the lock was lost, so the 6 hours and 36 minutes could easily have another 5 to 15 minutes added to it. (That’s an error of 1 to 4 percent, by the way.)

While that’s really impressive for a workstation laptop, remember that the CPU utilization for H.264 playback was a scant 2.6 percent in the Phoronix benchmark. That low utilization means less power being used by the CPU, and longer battery life. The locking of the BSSID also eliminates the need for the Wi-Fi to scan, disconnect, and reconnect, which also offered some power savings.

In real-world terms, this means that you can watch movies on a flight from Atlanta to Los Angeles without the need to charge up.

The Dell Precision 5520 is a capable work machine and can offer a stylish alternative to OS X or Windows 10 workstations. When a manufacturer provides drivers (either backported from a newer kernel or supplied for the PC in question), the seamless experience makes you want to lean back and enjoy the OS. Frankly, I wish more PC makers would do what Dell did and offer their hardware to consumers, prepared and equipped for a Linux experience.