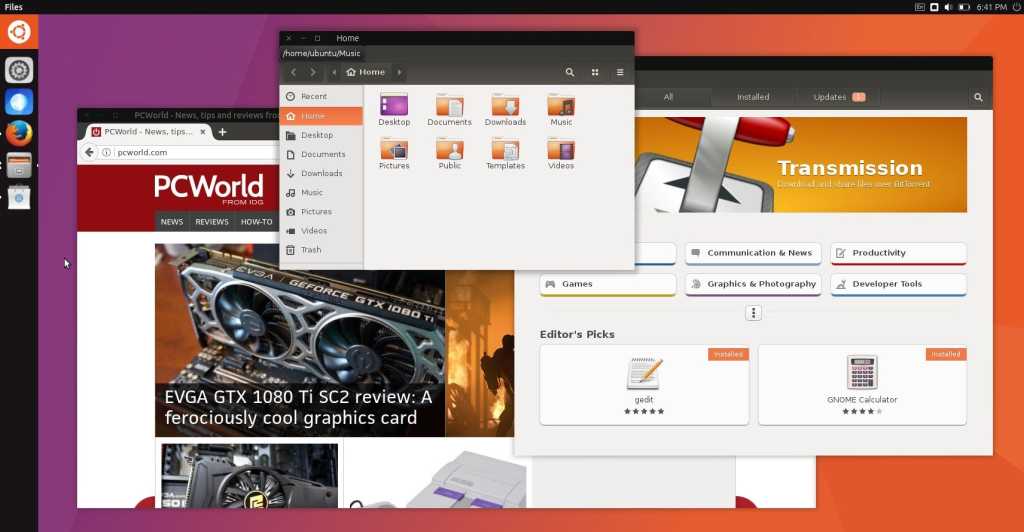 April showers bring May flowers, and fresh versions of Ubuntu too. Canonical’s latest official Ubuntu release—17.04—arrived this month after news of the death of Unity 8 and the return to the GNOME desktop in 2018. For now, Ubuntu is still shipping with its Unity desktop.

I wrote earlier that most users who need stability and support over new features will probably want to stick with Ubuntu 16.04, which was released last April, until Ubuntu 18.04 arrives a year from now. However, there are a few small things in Ubuntu 17.04 that will appeal to users who are keen to get all the newest updates.

The official list of new features in Ubuntu 17.04 is quite short, but one that caught my eye was driverless printing. One of the big headaches of printing on Linux is that some manufacturers don’t supply drivers with the standard CUPS distribution. My old Canon PIXMA 870 was always a pain to install due to the need for a custom driver, which I had to hunt down. So the prospect of printing without that hassle was very intriguing.

In my own testing, I was able to fire up the Ubuntu live USB in VirtualBox, open up Firefox, and print a webpage (with my HP LaserJet M452nw) without installing a single driver. Driverless printing looks for supported printers on your network (or connected via USB if that’s still your thing), and automatically adds them to CUPS. I was able to print like I normally would, without any of the setup. Cool.

For home or SOHO users who really need to print things on paper, this is a huge plus if you’re considering moving your work machines over to Linux. If you’re using a multifunction HP printer to scan documents, Ubuntu warns that you’ll still need to use the HPLIP driver, since driverless printing doesn’t support scanning on HP units.

If you’re planning on installing Ubuntu on a machine sporting a Kaby Lake or Ryzen CPU, you may want to go with Ubuntu 17.04. The latest kernel version (4.10) has improved support for multithreading and power management with both AMD and Intel’s new CPU lines.

Still, the kernel alone may not be reason enough to upgrade to 17.04 if you’re running Ubuntu 16.04. While it’s not officially supported, you can always install a newer kernel on 16.04 and get many of the same benefits. Just know that installing an unsupported kernal could make the OS less stable.

You have the option of using Unity 8

Unity 8’s interface looks like a mashup between Unity, Android, and Windows 10. The flat interface and dark backgrounds are reminiscent of Windows 10’s controls and side panels. I also like how Unity 8 lists your programs on the search panel alphabetically. Since Canonical has stated that it will help develop the GNOME desktop, I hope we’ll see some features and ideas from Unity 8 in GNOME.

One example involves launching a new application: Unity 8 will draw a box and show a loading spinner icon until the application is finished loading. While this does take up desktop space, it gives the user more feedback than simply having an icon glowing in the dock. It’s a minor thing, but I like that it lets me know exactly what my PC is up to, instead of waiting with bated breath for a window to pop up.

That said, Unity 8 seems far less snappy than the default Unity session in 17.04. It feels to me like it requires a lot more resources. This is especially noticeable on machines with less memory, so if you’re using an older laptop or desktop, Unity 8 probably won’t make for the best user experience.

I wrote before that there are a few reasons not to upgrade to Ubuntu 17.04. For one, this version of Ubuntu will only be supported until January 2018. (Security updates will last a little longer.) To continue getting hardware support, you’ll have to upgrade before 2017 is out, since the next major release won’t come until April 2018.

On top of the support lifespan, the presence of Unity 8 is a bit of an empty feature. Unity 8 will be discontinued, so getting it now is like having access to a library of Betamax tapes. Sure, it’s great, but the desktop is already doomed.

But if you don’t need the support and stability of a long-term version, and you have newer hardware you want to run, the upgrade to 17.04 makes sense.