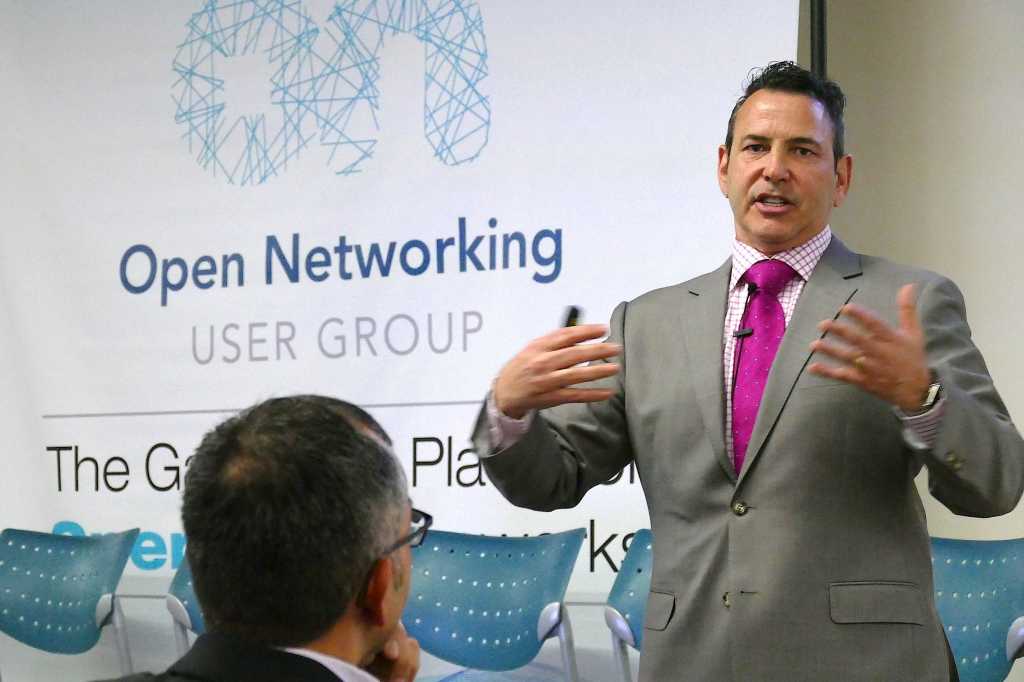 A funny thing happened on the way to the hybrid cloud: Building the infrastructure was a pain in the neck.

That’s what enterprise IT people in the Open Networking User Group have discovered Last year, public cloud providers persuaded C-level executives to move significant corporate workloads to the cloud, but the tools weren’t there to make it work, said Nick Lippis, co-founder and co-chairman of ONUG.

“There is a ton of custom work that has to be done,” Lippis said.

So the user group, which includes IT executives from hundreds of enterprises, chose building hybrid cloud infrastructure as its focus for this year. It will be the main topic at ONUG Spring 2017, taking place next week in San Francisco.

ONUG’s mission is to steer the IT industry toward open technologies that meet the real needs of enterprises and help the industry develop them. Representatives from Bank of America, eBay, Bloomberg, Gap, and other companies will speak at next week’s conference.

A year ago, at ONUG Spring 2016, the group focused on SD-WANs (software-defined wide-area networks), which automate connections between central and remote sites in an enterprise.

But enterprises found they couldn’t just think about their own infrastructure. They had to find a way to extend that out to public clouds, and there they found new challenges.

“There are so many things missing there,” Lippis said. Among them are standard APIs (application programming interfaces) for the various public clouds, adequate security models, monitoring and visibility tools, skills within enterprises, and connectivity into the cloud providers, he said.

Many corporate executives are now sold on the benefits of hybrid clouds, which can include lower costs and greater agility, Lippis said. Application managers, taking orders from above, have tried to spread their workloads out across public and private systems.

“The infrastructure folks said, ‘Hey, we can’t do that right now,'” he said. Key services just don’t exist yet.

For example, enterprises have to work out route discovery and distribution of routes for data moving between public and private infrastructure. In some large enterprises, it’s taken more than a year to extend major applications to hybrid clouds. Organizational barriers don’t help: One large bank has rules that require about 100 people sign off on technology decisions.

Public clouds have worked well for smaller projects, in which a few programmers write a new application to run on the cloud. Extending a company’s own infrastructure to the cloud to run real enterprise workloads, some of which are decades old, is more complicated.

To solve this problem, ONUG wants cloud providers, vendors, and users to work together with the ultimate goal of automating hybrid-cloud infrastructure. Next week’s conference is designed to make that happen. Amazon, Microsoft, Google, and Equinix will all participate in next week’s conference, Lippis said.

Eventually, automation should help enterprises improve their operations, but it won’t be easy for everyone. The way companies do IT will be totally different in three to five years, Lippis said. New software and APIs will handle some things that engineers do now.

“At least a third of IT operational staff won’t make this transition,” Lippis said.

Those who do will be “infrastructure dev-ops people,” with higher-paid, higher-skilled positions — but ones with fewer openings, he said.