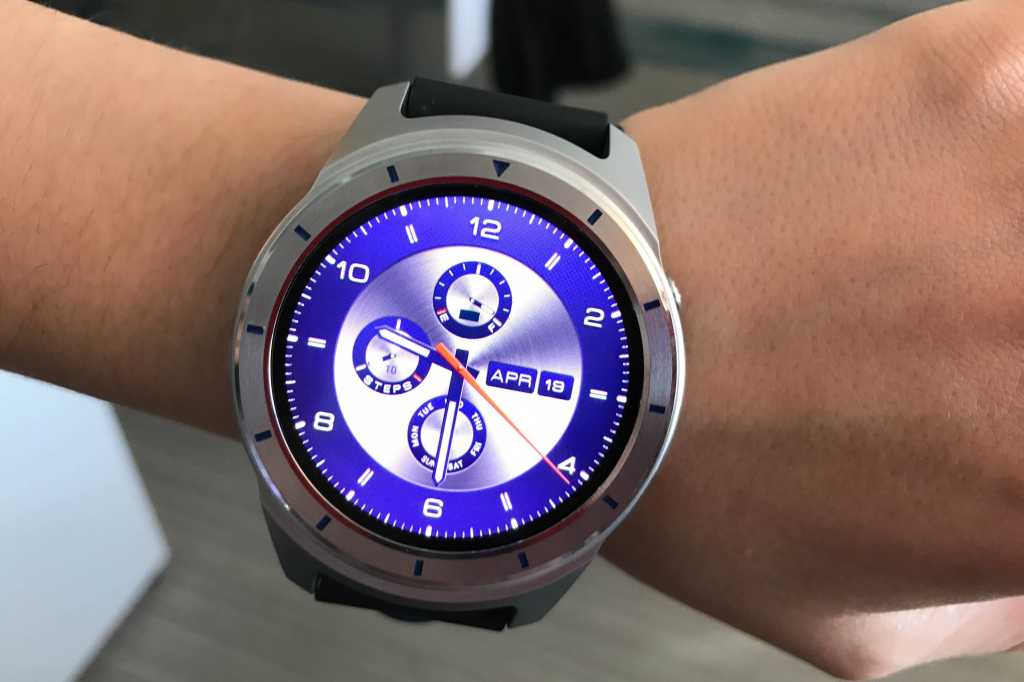 ZTE’s Quartz smartwatch is the Chinese phone maker’s first attempt at breaching what’s quickly becoming a saturated U.S. smartwatch market. Two of the watch’s most promising features are its ability to be used without a phone and its affordability. But how do these promises stand up to the test? I tried it out for myself.

3G Connectivity may not be as useful as you think

To begin with, I must point out that a lot of the issues I had while using the ZTE Quartz were not necessarily issues arising from the watch itself, but rather from its OS, Android Wear 2.0, and limitations on the T-Mobile network.

Quartz comes with 3G support from T-Mobile, as well as WiFi, and a built-in speaker, which means that you should be able to make and take calls without your phone. During testing, calls from the watch worked fine, and I was actually pleasantly surprised by the volume of the speaker, but there’s a big caveat: You have to have two different numbers for your phone and for your watch.

T-Mobile is currently working to remedy this issue with DIGITS. It’s a beta program that allows T-mobile customers to use their phone number on other connected devices like smartwatches. But as the program is not yet available to everyone, Quartz users will still need two separate numbers for their phone and watch, which could make it less feasible to leave your phone at home.

It is also worth noting that not all apps in the Google Play store are available for Android Wear 2.0, or at least not yet. Notably missing are Lyft, Twitter, Whatsapp, Slack, Instagram, Snapchat, and Facebook, though you can still receive notifications for those apps as long as your watch is connected to your phone. But it also diminishes the usefulness of owning a 3G-connected watch.

And even apps like Outlook that do have a designated watch app can’t work without a phone connection. Again, that’s not helpful if you’re trying to go phone-free.

It’s affordable but missing some features

At US$192, the ZTE Quartz is one of the more affordable smartwatches on the market, but for that reason, users must sacrifice Android Pay and a heart rate monitor. However, at $249, the LG Style also lacks those features. So if you are a fitness buff or hate carrying your wallet, this might not be the watch for you, but the lack of those features didn’t bother me.

The design is not for everyone

With a diameter of about 4.5cm (1.8in) and a thickness of about 1.4cm (.56in) the Quartz is big with a capital B. Now, I have a pretty small wrist circumference, 15cm (5.9in) to be exact, and let’s just say that the Quartz is not made for my proportions. All-in-all the Quartz measures to about 27cm (10.6in) in length, which meant that its straps stuck out like a sore thumb on my knobby wrist.

Quartz’s 1.4-inch AMOLED display is nestled in a metal chassis and comes with a single 22mm silicon band, which can easily be swapped for another without the need for any special instruments. But even if you buy shorter straps, people with skinny wrists like mine will likely find the watch uncomfortable.

A solid battery life and a responsive Google Assistant

Quartz packs a 500mAh battery, which in my experience, did last all day, despite my playing around with a number of apps. The watch is also equipped with Google Assistant, which I found easy to use. To trigger Google Assistant, users can either hold down the watch’s crown or say “Ok Google,” as long as Quartz is not in standby mode (you’ll know if it is because the face will go dark).

The ZTE Quartz is a decent smartwatch with a solid battery and some promising features. However, the watch’s dependence on a smartphone connection for a number of popular apps and its need for a separate number obscures the advantages you would get by owning a 3G-connected watch. Quartz is on sale in select T-mobile stores for $192.