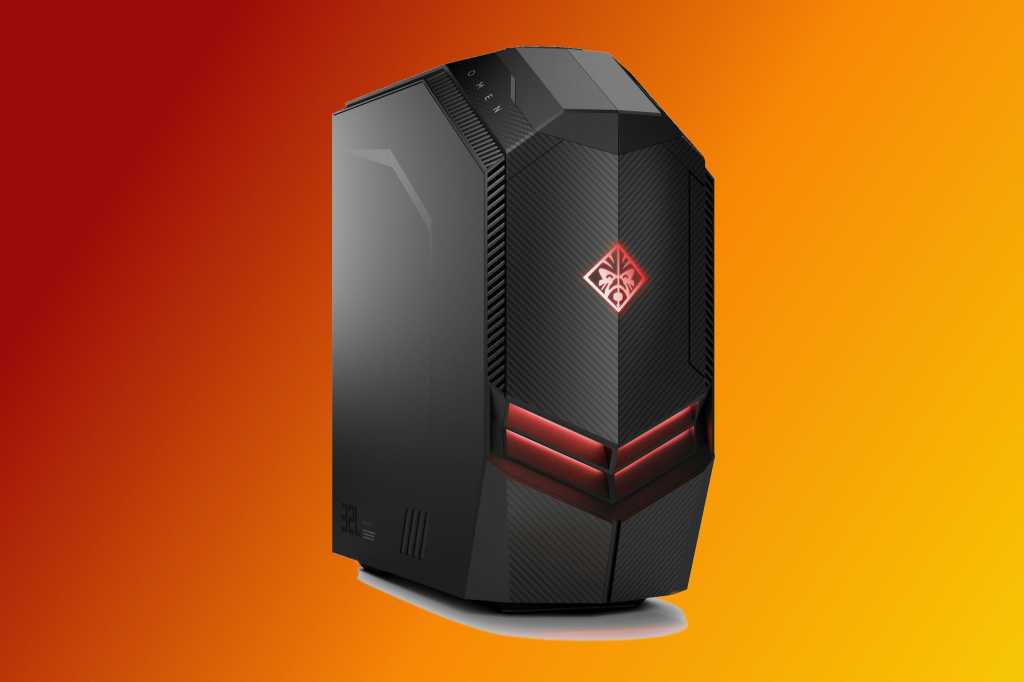 The Omen Desktops will be available starting Tuesday and will offer both AMD Ryzen and Intel Core options. These example configurations give you a taste of what’s available:

The faceted design of the new Omen Desktop exhibits the pizzazz that’s more worthy of the storied Omen name. The design has purpose, too: The new Omen features twice the number of fans compared to last year’s version, a 15 percent larger case, and more than 50 percent greater air flow.

Why this matters: Gamers don’t mess around when it comes to hardware. With this significant upgrade to the Omen Desktop, HP is getting serious about capturing more of that audience. The thoughtful design and aggressive pricing may force Acer, Lenovo, and Dell to think harder about their own offering.