It’s the shortest press conference I’ve ever been to—but at least it ended well. Bethesda held its third annual press conference late Sunday night, this time gearing it even more towards fan attendees than actual announcements. Taking over a studio lot in Los Angeles and dubbing it “Bethesdaland,” Bethesda created a Disney-like amusement park themed around its games, with sections devoted to Prey, Doom, Elder Scrolls, Fallout, and more.

For those at home though the press conference was the main attraction, and there Bethesda fell…well, maybe not short. After all, a new Wolfenstein was announced, and I’ll take one of those any day. But it certainly wasn’t the same sort of spectacle Bethesda’s brought the last two years, and wrapped up in a brisk 35 minutes, with only two or three major announcements of note: Dishonored: Death of the Outsider, Wolfenstein II, and The Evil Within 2.

Oh, and the return of paid mods. Kind of?

Dishonored: Death of the Outsider 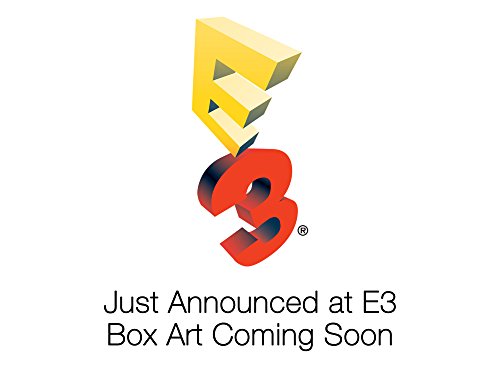 First up was Dishonored: Death of the Outsider, a small standalone game (read: not an expansion) set in Dishonored’s world. Where the original Dishonored’s DLC starred enemy assassin Daud, this time you’ll take control of Daud’s second-in-command Billie Lurk as she tries to kill (you guessed it) perpetual goth-teen demigod The Outsider.

The trailer itself doesn’t reveal much but Bethesda’s site says:

“Using all-new powers and abilities, Billie will infiltrate underground fight clubs and square off against the Sisters of the Oracular Order, the immortal Envisioned and the Outsider-obsessed Eyeless gang. She’ll also face new Clockwork Soldiers – along with other new and returning foes – and retrieve ancient artifacts in a thrilling bank-heist mission, eventually facing the mysterious, god-like Outsider himself.”

It’s a cool concept, though as with anything Dishonored related I do feel the need at this point to advise caution, avoid the hype, and make sure it actually runs on a PC before you rush out to buy it on September 15. Here’s hoping.

I wasn’t at all looking forward to an Evil Within 2. I found the first game clunky and kind of overbearing, and was a bit surprised when rumors started flowing about an upcoming sequel.

But you know what? Bethesda’s trailer might be just crazy enough to convince me to give the series a second chance. It’s very light on any actual game or story details—even more than Death of the Outsider—but the trailer is so full of bizarre horror imagery that I find myself interested in spite of myself. It’s the most stylish way I’ve ever seen someone show off a bunch of corpses, and I’m curious to see more between now and its October 13 (appropriately, a Friday) launch.

And then there was Wolfenstein II: The New Colossus, which will release October 27. Here the issue wasn’t too little information, but too much—in only eight minutes or so the trailer jumps between half a dozen different parts of the story, and the result is a bit disjointed.

I’m not even mad, though. I’ve been waiting for another Wolfenstein ever since credits rolled on The New Order—to my mind, one of the strongest shooters of the past decade. I could not be more excited to step back into the blood-caked boots of ol’ B.J. Blazkowicz.

The premise, according to Bethesda:

“America, 1961. Your assassination of Nazi General Deathshead was a short-lived victory. Despite the setback, the Nazis maintain their stranglehold on the world. You are BJ Blazkowicz, aka “Terror-Billy,” member of the Resistance, scourge of the Nazi empire, and humanity’s last hope for liberty. Only you have the guts, guns, and gumption to return stateside, kill every Nazi in sight, and spark the second American Revolution. Fight the Nazis in iconic locations such as small-town Roswell, New Mexico, the flooded streets of New Orleans, and a post-nuclear Manhattan.”

New Orleans! Post-nuclear Manhattan! Roswell! I loved New Order because it proved you can still be a dumb and entertaining game while also having a big heart, and if New Colossus can walk the same line I think the rest will make for a real treat.

Oh, and be sure to watch the trailer. Disjointed it may be, but the opening is probably the best live-action trailer bit I’ve ever seen, if only for its ludicrous premise.

Other stragglers and tidbits from the all-too-brief event include news that the Quake Champions beta is now open to everybody on PC, and Wolfenstein’s B.J. Blazkowicz is now a playable character. Quakecon will also host the Quake World Championships, with a $1 million prize.

The virtual reality versions of big Bethesda games returned yet again at this year’s E3 event, in Fallout 4 VR and Doom VFR. (Like BFG, get it?) Check out the trailers below and look for both to launch on the HTC Vive later this year.

Finally, Bethesda’s bringing paid mods (ugh) back to Fallout 4 and Skyrim Special Edition this summer with its new Creation Club, which offers new content you buy with credits. Per Bethesda, here’s what the Creation Club will offer:

But a FAQ on the Creation Club website also says “mods will remain a free and open system where anyone can create and share what they’d like,” which makes it sound like the current third-party modding system will remain in place, while the Creation Club focuses on curated “official high quality content” that goes through Bethesda’s internal quality assurance system.

We’ll have to see how this goes. Here’s Bethesda’s pitch for the Creation Club.

It was a thin conference. When Bethesda held its first press event in 2015 it said it was a special occasion, mostly done to promote Fallout 4, and not to expect one every year. Despite that, we’ve indeed had a Bethesda conference every year since, and each year a bit less significant than the one before. I’m excited about all three of Bethesda’s announcements, so kudos to them for that, but I also feel like this could’ve been done much more efficiently with a smaller event—or by Bethesda returning to its pre-2015 ways and just announcing during Microsoft or Sony’s press conferences.

We’ll see what happens next year. For now, E3 2017 rolls on as we drill through our final day of press conferences on Monday with the PC Gaming Show, Ubisoft, and Sony. Check out our coverage of EA and Microsoft’s events from this weekend in the meantime, and stick with us—both today and the rest of the week—as we bring you all the latest news and announcements from E3.