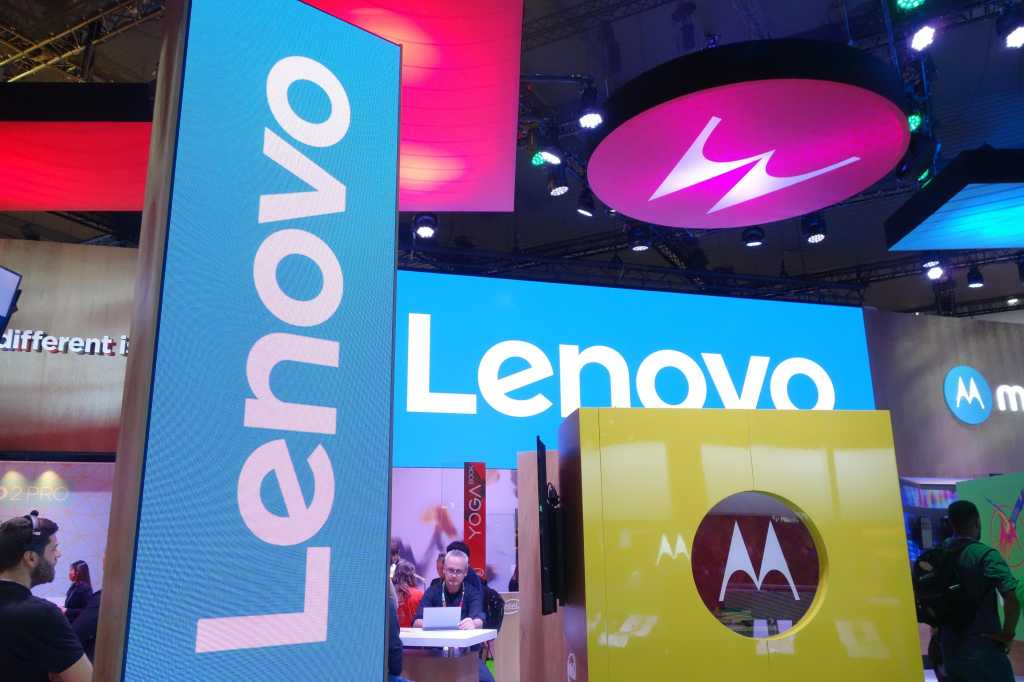 Lenovo is taking on Dell EMC and HPE with its biggest portfolio refresh since it acquired IBM’s x86 server business three years ago, offering a lineup of servers, switches, SAN arrays and converged systems intended to show that it’s a serious contender in the data center and software-defined infrastructure market.

The product launch, staged in New York Tuesday, was the first major event for Lenovo’s Data Center Group, in business since April. Lenovo wants to be a global player not only for the enterprise data center but also in hyperscale computing.

Lenovo is tied for third in server market share with Cisco and IBM, well behind HPE and Dell EMC, according to IDC, and has a particularly steep uphill battle ahead in North America.

“This is the broadest portfolio  announcement in the history of Lenovo,” said  Kamran Amini, executive director for the company’s server and storage lines.

The ThinkServer and System x server lines will continue to be supported but going forward the new servers, storage and networking products will carry the ThinkSystem brand, complementing the ThinkAgile converged-system product family.

“I believe Lenovo’s new branding schema is actually a pretty big deal,” said Charles King, principal analyst at Pund-IT. “That’s partly because the company has fully put the acquisition of IBM’s System x group in the past, but is also stepping forward with a comprehensive portfolio that reflects its vision of the current server market.”

The company has also revamped its global channel strategy, noted Kirk Skaugen, president of the Data Center Group and up until last year general manager of Intel’s Client Computing Group. “We took some stutter steps” after the IBM server business acquisition, Skaugen acknowledged.

For example, over the past few years, Lenovo stopped offering some certifications for channel partners, Skaugen noted. That move may have slowed down Lenovo’s momentum in the market, since resellers who put in the time to get certified as official channel partners are typically offered incentives such as better sales margins. “Without those incentives (a reseller) may just wait for the phone to ring rather than getting out there and proactively driving sales,” Skaugen said.

The idea is that a more coherent global channel strategy, coupled with the new business unit structure, will allow Lenovo to more efficiently sell end-to-end solutions globally. “We’re bringing everything under one roof,” Skaugen noted, “and that is going to allow us to be more agile and move faster.”

It’s not unusual for a company to take a while to come up with an optimal sales and product strategy following a big acquisition, and Lenovo has been through the process before.

“Similar to the market dynamics following the company’s acquisition of IBM’s PC group a decade ago, it took some time for Lenovo’s own personality and vision of the server market to come clear and solidify,” King said. “I’d say these new and updated systems go a long way to accomplishing that.”

The new servers include the ThinkSystem SR950, which scales from two to eight processors in a 4U form factor. Front and rear access to all major subsystems allow it to be serviced without requiring removal from the rack.

Among the newly designed ThinkSystem blades are the SN550 and SN850, which can be plugged into the Lenovo Flex System chassis, designed to let users install different, multiple processors and standard Ethernet as well as Fibre Channel switches. The SN550 and SN850 blades will support the upcoming Intel Xeon Scalable Family processor based on the company’s Skylake architecture, as well SAS, SATA and NVMe disk drives.

The SD530 with the ThinkSystem D2 chassis is the new ThinkSystem entry into the 2U4N form factor, offering the option of having different I/O modules to match  workload needs.

The servers will be available in the third quarter and more specs, as well as pricing, will be unveiled after Intel’s Skylake launch in July.

New switches include the ThinkSystem NE1072T, which offers 48 10GBase-T and six 40Gbps QSFP (Quad Small Form-factor Pluggable) uplink ports. Other switches in the product family include the 32-port, 10GbE (10Gbps Ethernet) NE1032 RackSwitch; the 24-port 10GBase-T ToR  (top-of-rack) NE1032T data center cloud switch; the NE2572 25 Gbs/100Gbs Ethernet aggregation leaf switch, designed to aggregate traffic from server nodes and connet to the network core; and the NE10032,100Gbs Ethernet spine switch. Prices for the switches, to be released next quarter, were unavailable at launch.

The servers, switches and SAN arrays join Lenovo’s ThinkAgile converged systems. The ThinkAgile brand was first introduced last year with the launch of the HX series of hyperconverged appliances.

Working with companies like Microsoft, Nutanix and VMWare, Lenovo is positioning its  ThinkAgile systems to provide a beachhead into the world of software-defined infrastructure. The idea is to integrate hardware and software into systems that allow users to deploy computing, networking and storage resources through software commands rather than, for example, swapping in purpose-built hardware when they want to make changes.

The ThinkAgile family will include the Lenovo ThinkAgile SX for Microsoft Azure Stack, announced earlier this year and set to be released in the third quarter, for hybrid and private cloud deployments.

Though Lenovo offers the XClarity systems management tool, software is the weakest link in its software-defined infrastructure portfolio. “Lenovo has I would say for the most part a partner-led strategy for software-defined (technology),” said Ashish Nadkarni, an IDC analyst. “In that space it’s mostly a partnership with some other ISV or some other company that is willing to provide the software to run on Lenovo’s hardware — they do the engineering and deliver it as a single SKU.”

Though the strategy allows Lenovo to say they offer best-of breed software, it has risks, Nadkarni said. In fact, Lenovo has worked with hypercoverged storage vendors Simplivity and Nimble, only to see them acquired by rival HPE earlier this year.

As Lenovo readies the release of its ThinkSystems and ThinkAgile products, plans for its next big move likely involve an acquisition.

On the sidelines of the Transform event, Lenovo’s Skaugen acknowledged that software is a missing piece in the company’s software-defined infrastructure story. When asked if Lenovo will look to make software acquisitions, Skaugen simply replied “yes” though declined to say whether enterprise cloud software vendor and current partner Nutanix is in the company’s sights.