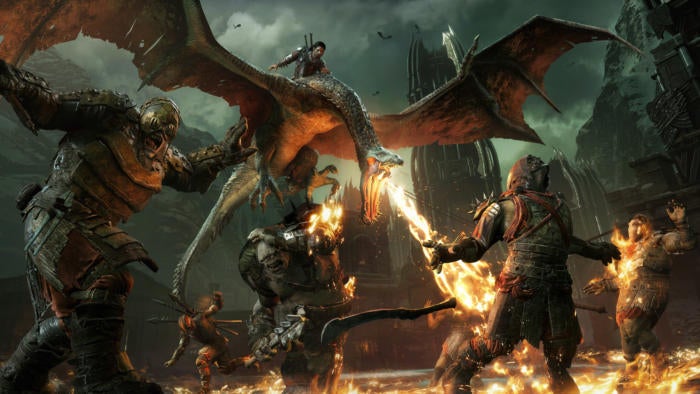 A lot of time and effort will be spent discussing Middle Earth: Shadow of War’s improved Nemesis System between now and probably about a month after release. And for good reason—the Nemesis System was the only thing that elevated predecessor Shadow of Mordor from another me-too Assassin’s Creed clone into a technical wunderkind.

Leaning into that aspect for the sequel is probably a good call, especially since we’ve failed to see similar tech make its way through the industry. The dynamic characters that made Shadow of Mordor such a joy are still, three years on, a novelty.

But I had 20 to 30 minutes of hands-on time with Shadow of War during E3 and to be honest, the Nemesis System was the least of my concerns. There was a bit of been-here-done-that to the proceedings, sure—but more problematic is the time investment required to see the Nemesis System in action. The entire concept only flourishes when it’s your cast of characters, when it’s your army of orcs following you into battle against another army of orcs you’ve come to systematically despise.

So I captured the fortress Monolith had prepared for the demo. I scaled walls, rode the backs of various beasts, hurled poison at foes, leapt hundreds of feet through the air to assassinate an unwary foe. I captured the courtyard, then the outer keep. Lost a few commanders along the way. Killed more than a few of the enemy’s commanders. I made it to the center of the fortress, fought a monstrous troll-enemy while poison spurted from the floor.

It was very similar to the Shadow of War demo we saw back at GDC. The impression I get is still just “Nemesis System, but expanded.” And that’s fine, and I’m sure it’ll be an interesting bit of tech to watch in action when the game releases in October.

Let’s talk about the story, though. Or, rather, the risks Monolith gets to take with the story this time around. That’s what got me really interested last week.

The original Shadow of Mordor’s story wasn’t anything to write home about—it seemed like a barebones scaffolding for an extensive Nemesis System tech demo, as if Monolith came up with this amazing idea and then slapped a license on it. Shadow of Mordor could’ve been an Arkham game, a Suicide Squad game, a Justice League game, another interminable Lego adventure, or any other WB license.

But it wasn’t. It was Lord of the Rings, sort of.

And so Gollum popped up at one point, there were various bits of fan service hidden in scraps of lore around the world, and what have you. It was ever-so-carefully crafted. Almost too carefully, as is the case with many “Extended Universe”-type stories. Like Tron: Legacy or Star Trek: Into Darkness, an insistence on too-obvious callbacks mixed with hesitance to deface what came before left Shadow of Mordor feeling like a very extensive fan-fiction.

This awkward reverence was everywhere, from our hero Talion acting as poor man’s Aragorn to Marwen’s life force being sucked away by Saruman the same as Theodin’s. Predictable, at best. Boring, most of the time.

Middle Earth: Shadow of Mordor – Game of the Year 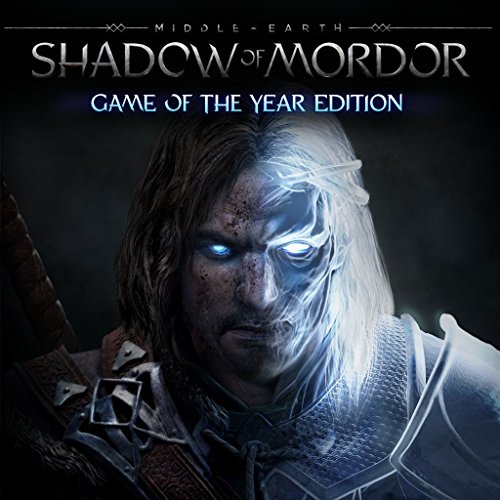 Shadow of Mordor spent so long lulling the player into a sense of complacency that when its story finally did go to some weird places—right at the end—it came as a sharp left turn. For 20-odd hours you’d been fed a generic tale of revenge, and then suddenly Monolith decided to upend Tolkien’s whole universe and create a (paradoxical) second One Ring.

Then the game ends.

The sequel sees Monolith picking up and fleshing out that story, as Talion and his ghost-elf buddy Celebrimbor struggle to take over Mordor as the “Bright Lord.” This plays into the whole Nemesis System of course, with Talion dominating orcs and forcing them to swear fealty to the Bright Lord, conquering entire regions in the name of the Bright Lord, and the like.

But it’s also indicative of a freer hand for Monolith’s writers, an impression that was reinforced when I played one of Shadow of War’s story missions. We followed some orcs into a swamp reminiscent of the book’s Dead Marshes, an eerie fog-filled nightmare full of brackish water. Normal enough for Mordor, and a typical set-up for Shadow of Mordor—take something familiar, then reskin it.

Some orcs imprisoned in elaborate vine growths came as a surprise though, as did the relative calm of the nearby wildlife—creatures that usually attacked Talion on sight simply watched us walk deeper into the swamp.

That’s when the forest spirit approached. Dryad, nymph, or some other Lord of the Rings-centric term I don’t know, what came out of the woods was a 20-foot tall woman made from vines. She then transformed into a warg made from cast-off bark, then into a wooden troll, and finally into a massive wooden dragon, each of which we had to defeat in battle.

It’s far more audacious than pretty much anything I saw in Shadow of Mordor. This isn’t just some retread of the films. This is an entirely new creation, a whole new force at play in Middle Earth. Sure, you could draw some loose parallels to the Ents, but the correlation isn’t nearly as 1-to-1 as the various creatures and beings in Shadow of Mordor were.

And for good reason. A Monolith developer was observing as I went through the demo, and I asked about this forest entity, why she seemed so much more creative than what we saw in Shadow of Mordor. His answer was pretty simple—with the success of the first game, the writers were given considerably more freedom this time around. Expect a more daring story, or at least more daring moments as Monolith experiments more within the Lord of the Rings lore.

That’s an interesting prospect, at least to me. If it’s bad? Well, just write it off like the first game, or like any other fan-fiction.

I’d much rather Monolith try something new though. I want a reason to play Shadow of War that isn’t just “Well, the underlying technology is cool.” Especially with the game reportedly many times the size of Shadow of Mordor, the story hook needs to actually hook this time.

We haven’t seen much yet, and I doubt we’ll see much more before the game releases in October, but I came away from the E3 demo feeling more charitable than I did at GDC. Sure, the core of the game is still just “The Nemesis System, but bigger,” but maybe this time the surrounding framework won’t feel quite so skeletal.