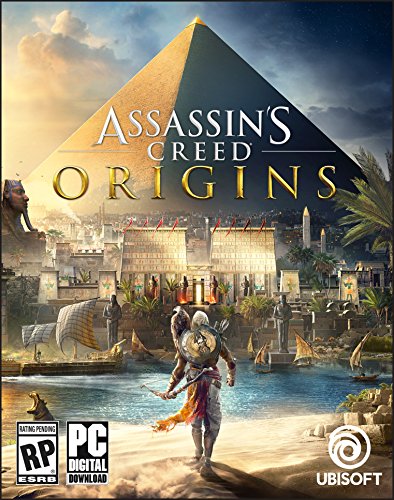 First and foremost, the usual disclaimer applies: We played 20 minutes of an hours-long experience, so maybe the seeds of Assassin’s Creed’s redemption come later in the game. There’s plenty still to see.

More than usual, actually. At one point in the demo I flipped open my map and damn, it’s enormous. My handler was only willing to say it’s “The biggest Assassin’s Creed map ever” or something along those lines, but that’s understating it—as far as I can tell, Origins is at least twice or maybe three times the size of Assassin’s Creed: Syndicate.

Whether the increased size is due to the extra year of development or just simply the relatively flat architecture of Ancient Egypt, I’m not sure.

The more pressing question: Did Origins need to be this large? That’s one we won’t be able to answer until a proper review, but I’m skeptical. If you’d asked me “What does Assassin’s Creed need to work on?” increasing the size of its already bloated map would probably not be top of my list.

Top of the list would probably be its uninspired mission structure, and here I haven’t seen much improvement. The demo consisted of a few story-based missions, a fortress takeover, and a bout in the Coliseum-esque Arena. The first mission I did was pretty generic, aside from the Egyptian reskin—a priest is beating a slave because two gold statues have been lost, so I collected the statues and brought them back. That’s it. 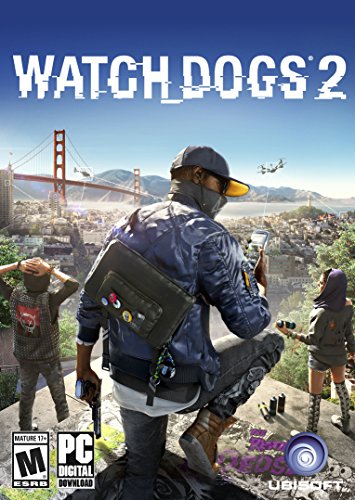 Now, at least it was propped up as a unique event. That’s a step forward. Watch Dogs 2 didn’t exactly reinvent the Ubisoft wheel either, but by couching every mission in a vignette, adding just a dash of story to proceedings, making the circumstances of each feel somewhat interesting, Marcus’s hacking shenanigans ended up feeling like the freshest Ubisoft open-world in years.

Maybe that’s the case with Assassin’s Creed too. Going and grabbing the statues? That’s nothing we haven’t seen before. The series is littered with fetch quests of all sorts. But by presenting it as a singular story segment and not “Collect eighteen statues scattered around the world,” by framing it as a character-building moment for protagonist Bayek, it at least felt somewhat more interesting. Somewhat.

Plus this mission revealed that Bayek can dive underwater, since one of the statues had sank to the bottom of the river. That was a cool touch, and probably the biggest technical achievement Assassin’s Creed has added since the seamless interiors of Unity.

It felt safe though. It felt like Assassin’s Creed…again.

The one hook Ubisoft tossed out is the ability to change your approach to missions based on the time of day. Origins touts upgraded NPCs, which will now go about their day in a semi-dynamic manner. Guards will cycle on and off patrols for instance, and crowds will change based on whether it’s day or night.

This feeds directly into assassinations. The developer guiding my demo gave me an example. Say you’re tasked with taking out a guard. You could rush in and kill him, sure. You could also study his patrol route, then use that information to return and ambush him when he’s on his own. Or, if you prefer a more indirect approach, you can wait until the guard goes home for the night, break into his house and murder him.

How that system plays into the larger, more setpiece-centric assassinations the series is known for? No idea. It seems unlikely every assassination can be solved by just “Waiting until the mark goes to bed.” But it’s at least an interesting idea for the series.

After that whole system, the biggest changeup is to the controls. Playing on a controller for our demo, combat has now been expanded onto all four triggers—heavy attack, light attack, lock-on, and a dodge that lets you glide around effortlessly.

It’s an improvement, sure, but also the fifteenth combat rework Assassin’s Creed has gone through, or something. And in a game about stealth, I don’t know why so much time has been historically spent on making sure the fighting feels better. It’s an odd choice, I think.

And the combat rework comes at the expense of Bayek’s acrobatics. Climbing—which for the last few entries has worked on a “one button to go up, one button to go down” system—has been reduced back to a singular button, and there’s no (as far as I could tell) separate button for running anymore. I think you just hold down A (or X on a PlayStation controller) for both running and climbing.

Perhaps that signals a reduced emphasis on climbing, given the short buildings and abundance of wide-open areas. Again, a bit weird—this is a series built around “Stealth” and “Climbing” and both those aspects seem to have been reduced in Origins. I don’t quite know if that’s the change the series needed.

Then there are whole systems I barely touched in the demo, including an entire RPG-like leveling system, complete with skill trees split between “Warrior,” “Hunter,” and “Seer” masteries. There’s also a whole gear system for your character, with armor and weapons I guess dropping from foes.

Again: Not the part of Assassin’s Creed I thought needed fixing.

I’m torn. There are a lot of neat ideas at play in Assassin’s Creed: Origins—certainly more than we saw in Syndicate, which was just the same ol’ game with the same ol’ Western Europe setting.

But so much of Origins is tune-ups to parts of the game that seem unimportant, while the aspects that are important—stealth, climbing, story—seem eerily similar to what we’ve seen in other iterations. I was hoping Ubisoft would take the extra year and change its approach to the series, but instead it seems like Syndicate-but-bigger. Syndicate, but blown out in a dozen different directions, new RPG systems and more combat and all that just tacked onto a stagnant core. It reminds me a bit of Assassin’s Creed III in that regard, a game that had dozens of interesting systems but failed to make the whole “Being an Assassin” part interesting.

Hopefully Origins proves me wrong though. There’s certainly plenty we haven’t seen of the game, and I’m at least intrigued by the Ancient Egypt setting and its promise of visiting the Library of Alexandria or maybe even knocking the nose off the Sphinx. Stranger things have happened in Assassin’s Creed.