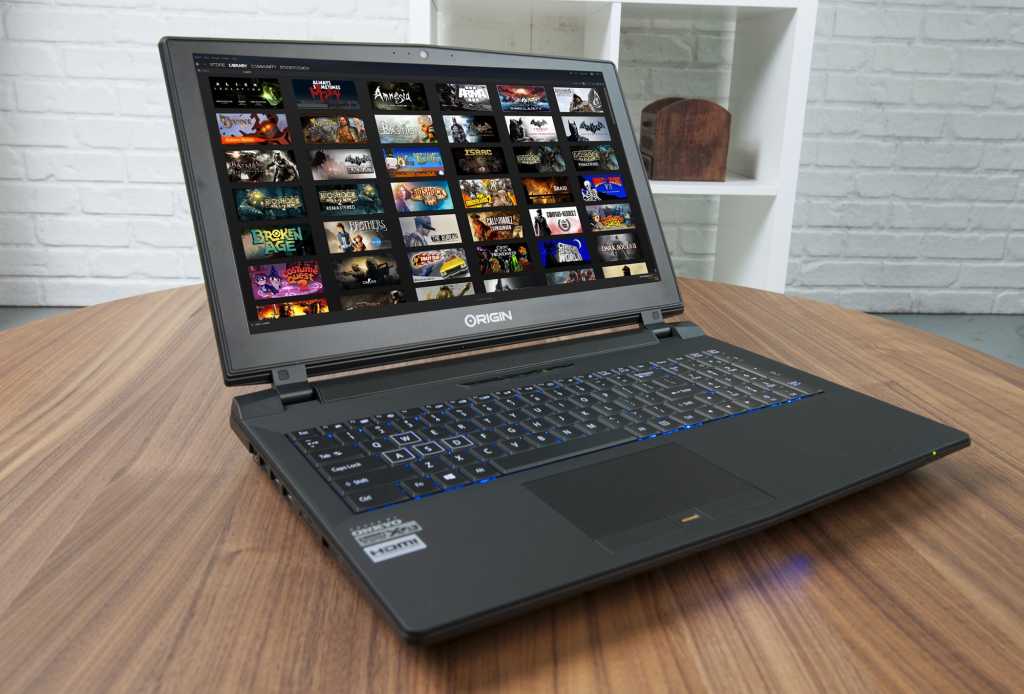 Usually I start these mid-year lists of the best PC games with “Can you believe it’s already June?” But I think I speak for everyone when I say, “wow, we’re only halfway through 2017? Seriously?” This has been one of the busiest spring release windows I’ve ever seen, with dozens of major PC games already released this year.

Sure, a few we were looking forward to turned out to be high-profile flops (cough Mass Effect: Andromeda cough), but there have also been some instant classics—Nier: Automata, Prey, Thimbleweed Park, and more.

Look for those and more inside, as we round up the best PC games of 2017—so far, at least. This fall’s looking even more packed.

It’s not the story you tell, it’s how you tell it. You could easily look at Prey and dismiss it as same-old, same-old. Immersive sim on a space ship? Oh, so it’s System Shock 3. And indeed that’s the target Arkane aimed at when it started this whole project. 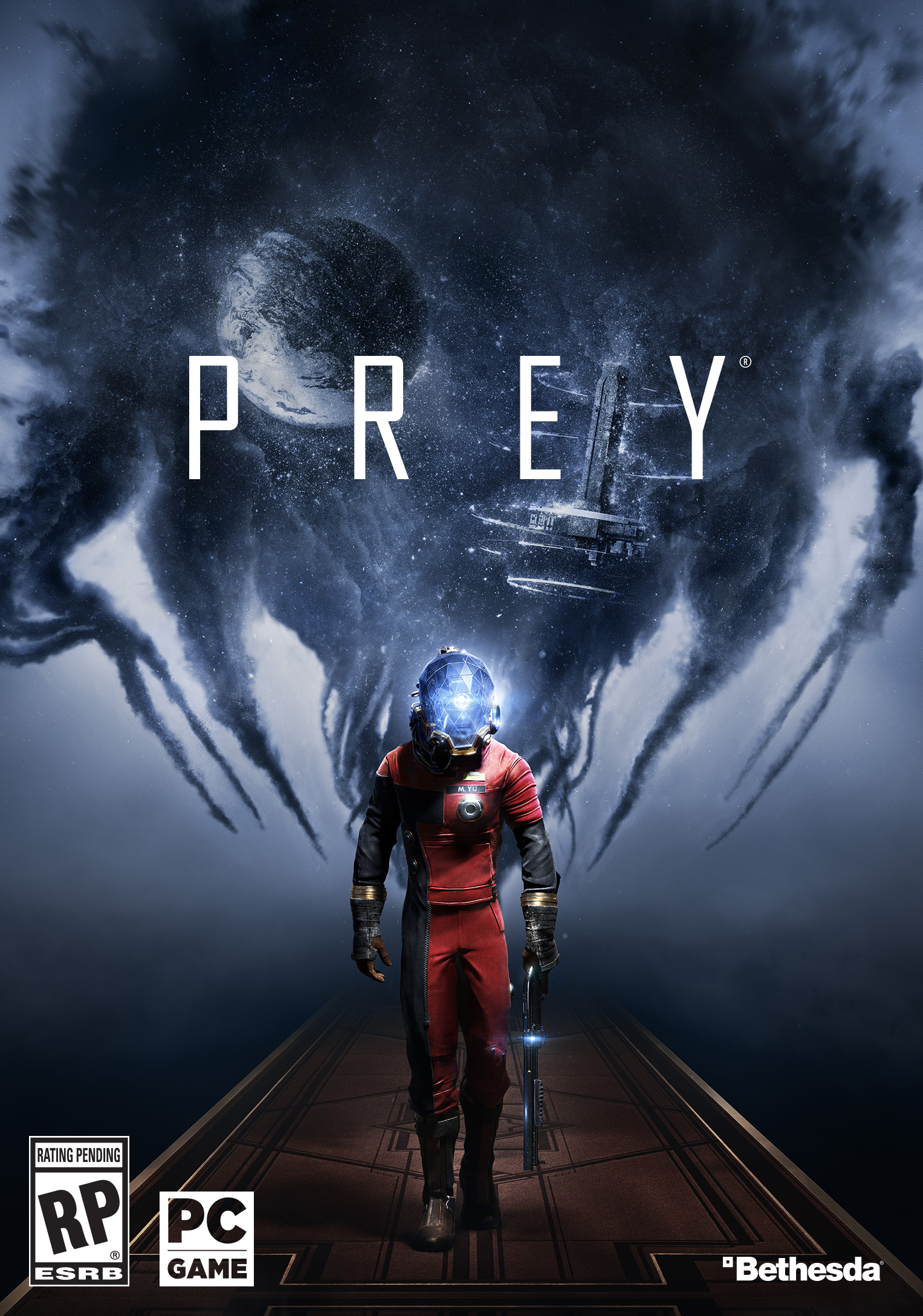 What it lacks in originality it more than makes up for in style, though. Dishonored’s take on the genre is always slow, plodding, and methodical. Creative, to a point—but restrained by the tools at your disposal. Prey has no such restraints. The fact that speedrunners have beaten the game in seven minutes is testament to the freedom Prey gives you, as is the fact that your first “gun” is good mostly for building platforms and accessing those hard-to-reach areas.

Is Prey a revolution? A reinvention of old ideas? Not in the slightest. But it takes much of what made System Shock 2 great, repackages it in a modern game with modern design and modern tech, and runs with it. It’s one hell of a space station and one hell of a game.

I didn’t really understand Nier: Automata until the credits ran for the fifth time. It’s an RPG that breaks all genre conventions from the get-go, with lengthy bullet-hell sequences interspersed between the fast-paced and fluid combat Platinum’s games are known for. And it’s a game that features singing robots, villains named Adam and Eve, and all sorts of other oddities I’d hate to spoil. 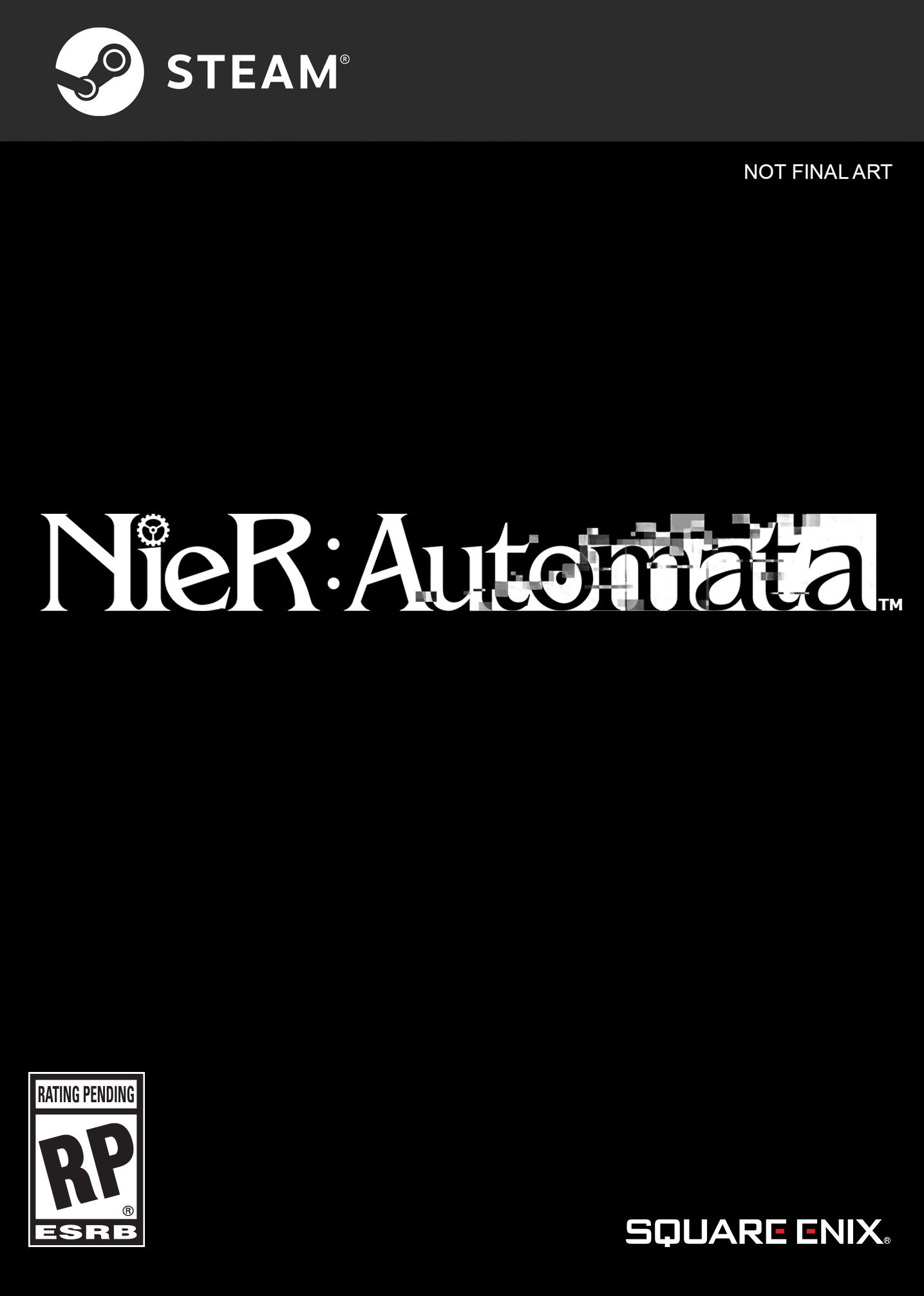 But it only gets wilder the longer you play. There’s a lull in the middle as you go for the second ending—that section’s probably the weakest part. It’s worth it to push through though, as endings C and D bring the story to some wild places and ending E…well, I can’t say anything at all. Except that it’s worth the journey.

The PC port has some issues, and I might have abstained from putting Nier:Automata on this list if it were a lesser game. But the problems are at least easily fixed with a well-maintained fan patch. Grab it and you’re set.

Night in the Woods

Night in the Woods looks maybe a bit too cutesy for its own good. I still don’t know why everyone’s an animal, except…well, they just are. It doesn’t really matter though, because Night in the Woods features extraordinary character writing, with some of the best moment-to-moment dialogue I’ve seen in a game. Not in the “You’re the hero and you’re fighting evil!” way, but the much-harder-to-pull-off “You’re a normal person and this is a sketch of your life” way. Chats with your parents. Chats with your friends. Chats with neighbors. It’s identifiable on a personal level that few games achieve.

And that’s great, but when I think back on Night in the Woods, it’s the town I remember. Underneath the twee story of a college-aged kid looking for somewhere to belong, there’s a deeper story about rural America—specifically, about an economically depressed mining town, the toll taken on the people who call it home, and the slow decay after the boom years are over.

The Kickstarter campaign promised a “long lost LucasArts adventure” and that’s exactly what Ron Gilbert, Gary Winnick, and co. delivered with Thimbleweed Park. It’s a point-and-click the way point-and-clicks were made in their heyday, complete with the SCUMM-style graphics and the block of verbs in the bottom left corner.

But it’s also 2017’s take on the ‘90s adventure game. The Twin Peaks-esque story of a murder in a strange town filled with strange people is quickly usurped by meta-humor, in-jokes, and just all-around bizarre occurrences—some explained, some left to the imagination. Thimbleweed Park’s both a brilliant homage and a brilliant game in its own right.

Why? Because it’s all so damn weird. That’s what made Planescape: Torment a joy to play, and it’s Tides of Numenera’s strong suit too. Whether it’s a city contained within a dimension-spanning slug, an orphan from another time and place, a garden where only the person you’re talking with can hear you and vice versa—the game is just full of wondrous events and areas that make it a joy to explore.

There are definite issues. Combat is superfluous, which doesn’t annoy me but may annoy some. The story wraps up too quickly and ties together a bit too neatly. There are definitely aspects I would’ve wanted to see fleshed out. But what’s here is still an excellent journey despite its flaws.

Everything is a philosophical treatise. A game, sure, but also a way of looking at the universe, of understanding the world around us. One that’ll be innately familiar to lovers of Carl Sagan’s Cosmos, for instance—a world interconnected, a simulation of…well, everything. And one where everything is related to every other, where we’re defined by our similarities more than our differences.

What this means for you, the player? You’re put in control of an object—a cow, a bear, a pencil, a streetlamp, a cigarette butt, a grain of pollen—and can, at will, scale up into a larger one or down into a smaller one. Maybe you’ll spend a few minutes as a cloud, or an island, or a single electron. There are over a thousand objects in Everything, and you can control each of them in some manner. Oh, and periodically you’ll stumble upon excerpts of talks by philosopher Alan Watts and listen to him discussing how all beings are related, and actually part of one huge organism.

It’s a game that demands a particular mindset and a willingness to approach it on its own terms, but Everything is stunningly ambitious. There’s certainly nothing else quite like it.

Next page: The best of the rest

Snake Pass is a game built around a single idea: You’re a snake. Really. That’s it. It may look like a mid-’90s platformer, with its cartoon characters and that bright, colorful palette. You’re a snake, though, and thus have no legs with which to platform. 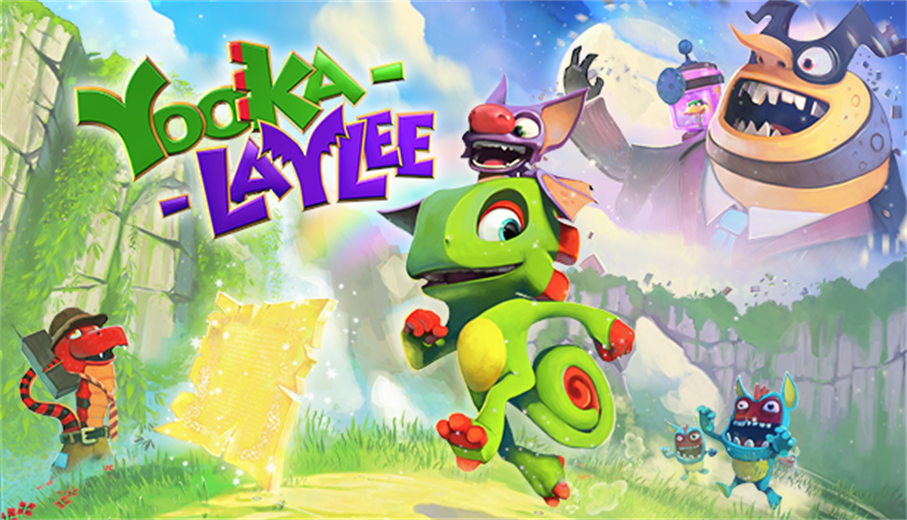 Instead you’re reduced to snaking around a level—coiling yourself around poles, wriggling across ledges, and clambering your way up cliffs like a sentient vine. Which is basically what you are. It’s excellent, almost more of a puzzle game than a platformer, and despite being overshadowed by the release of Yooka-Laylee in the same window I think Snake Pass is probably the stronger throwback game.

The video above shows our impressions of Snake Pass, along with the next two games on this list and another—Four Last Things—that missed the cut.

Stories Untold is really good until it kind-of sort-of isn’t. Which is to say: The last chapter is a letdown. 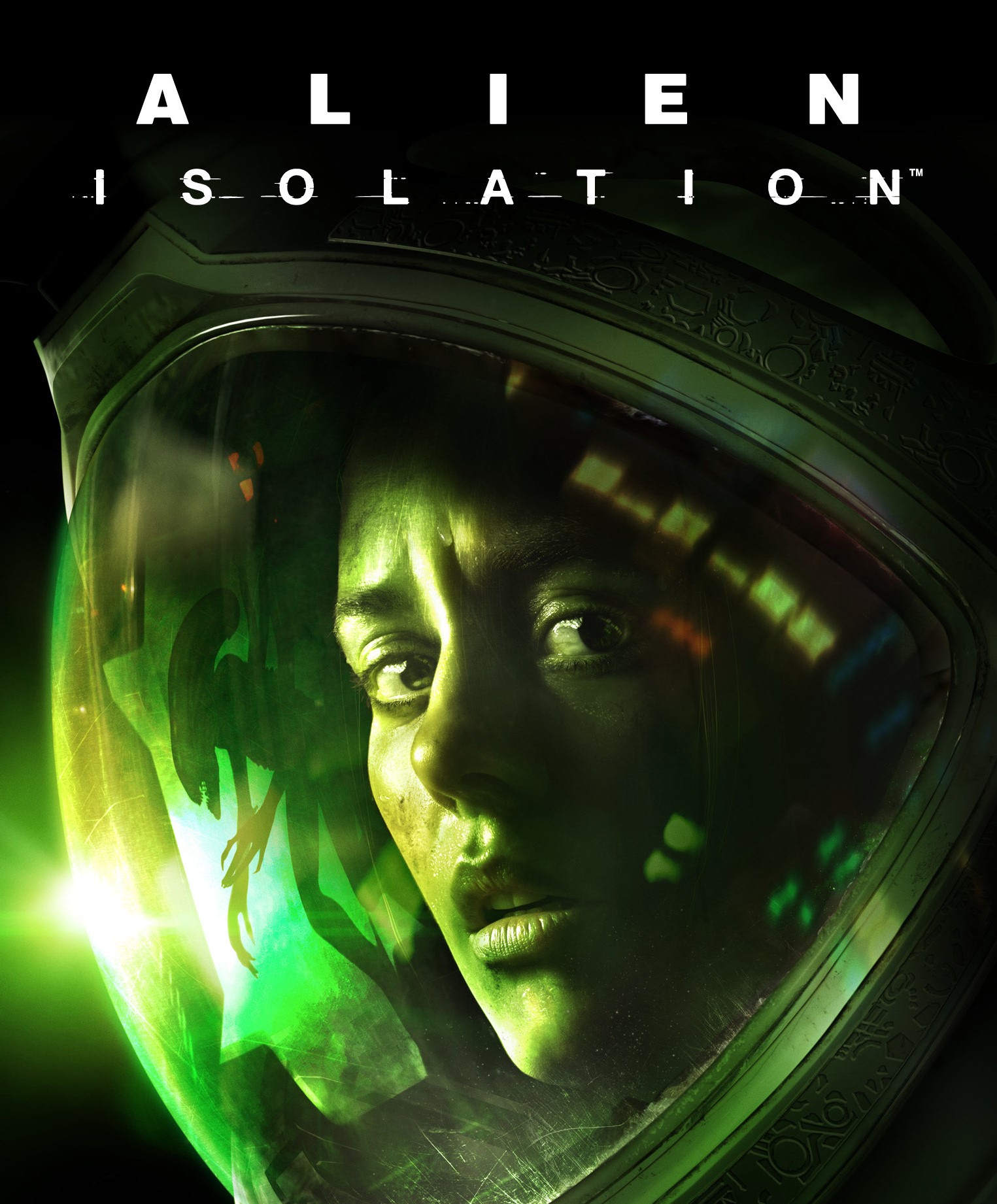 It’s mainly a letdown though because it tries to wrap a fat, ugly bow around what is, up until that moment, a fantastic and somewhat spooky anthology series like The Twilight Zone or The Outer Limits. Stories Untold is a love-letter to analog technology, a fact that doesn’t surprise me a bit after learning that some of the Alien: Isolation crew worked on it. More specifically, it’s a game where you use analog technology to investigate the paranormal—say, by using medical equipment to experiment on a strange artifact, or typing coordinates into an elaborate radio system from your snowed-in lodge.

As I said, the last chapter is a bit of a lark. What comes before is more than good enough to make up for it though. Stories Untold is immensely creative, and proof that we’re not done inventing great game mechanics yet—even if those mechanics are sometimes drawn from the past.

“It’s a puzzle game with trains.” Yeah, okay. But Cosmic Express is so much more. First of all, they’re space trains.

All kidding aside, Cosmic Express is also the best puzzle game I’ve played this year. The concept is simple—just get the trains to the exit, picking up and depositing all the aliens in their homes along the way. Like last year’s Stephen’s Sausage Roll however, this simple setup disguises a fiendish puzzle game that will have you drawing and re-drawing tracks all the livelong day.

What Remains of Edith Finch

What Remains of Edith Finch is one spectacular moment after another. You’re sent to the old Finch family home for what first seems like a fairly uninspired “walking simulator” type game, until suddenly it’s not that at all. Instead you’re paraded through the dying moments of every member of the extended Finch family, a series of incredible vignettes each with its own aesthetic, its own moral (if we can call it that), and its own contribution to the greater family story.

What Remains of Edith Finch 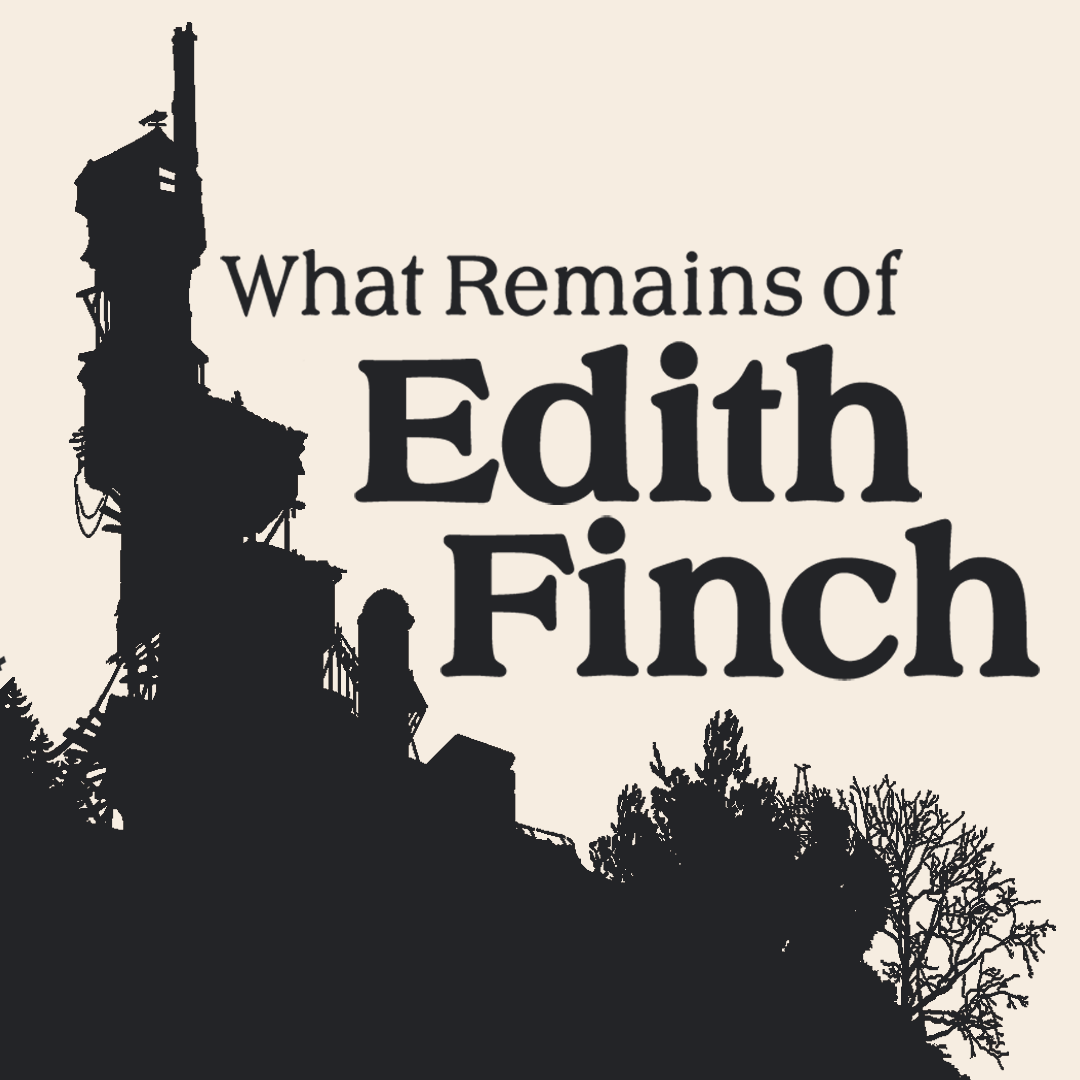 To say much more would be to spoil the game, because so much of it is predicated on the surprise—on each 5-10 minute character sketch telling you all you need to know about the people involved, their hopes and dreams, and ultimately their fates. It’s one of the rare instances where game and storytelling are perfectly intertwined, and either without the other would suffer immensely.

It’s my favorite game so far this year.

It’s bit silly to nominate a game from 1999 for any sort of award in 2017—especially one that’s already as well-decorated and acclaimed as Planescape: Torment.

That being said, Beamdog finally released Planescape: Torment Enhanced Edition in April, making the game much more accessible for the average person with native widescreen support, 4K resolution, a remastered soundtrack, zooming, tab highlighting, and more. Sure, you could’ve managed all that with mods before—I did that exact thing back in January—but this is the game with minimal mucking about. If you’ve always heard great things about Planescape and never gotten around to it, there’s really no excuse anymore.

Two caveats about Playerunknown’s Battlegrounds. First, it’s still in Early Access. Second, the name is just terrible. We’ll be calling it PUBG from here on out.

We never really put Early Access titles on these sorts of lists, or even pay them much attention because, well, they’re not done. We’d be remiss if we didn’t include PUBG though. Not only has the game sold about a bajillion copies already, but it’s so damn fun. It’s a battle royale set on a massive island where your goal is to gather equipment, find the coolest clothes, and survive longer than everyone else. That last one is probably most important.

Sound familiar? Developer Brendan “PlayerUnknown” Greene authored a similar Arma mod back in the day and then helped develop H1Z1: King of the Kill. PUBG is the best of the bunch though, managing to mimic Arma’s realism without Arma’s clunkiness and frustration. There’s no other feeling like outlasting 90-plus competitors, making it into the final ten, and waiting to die.

Pro-tip: Install it on an SSD. That alleviates some of the more egregious performance problems. And remember, it’s still in Early Access.