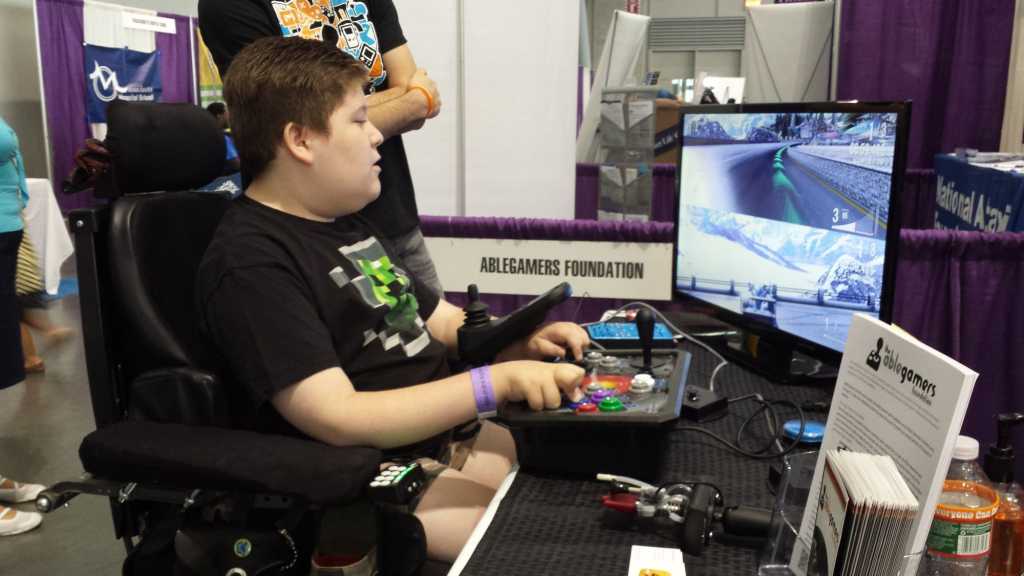 Nonprofit charity AbleGamers has been helping gamers with disabilities get the technology they need to play since 2004. Now, the organization’s new AbleGamers Player Panels initiative wants to help games become even more accessible—from the inside.

AbleGamers and the University of York created Player Panels to connect gamers with disabilities with developers and researchers who want to tap into their expertise. The idea stemmed from frequent calls from game companies looking for testers with disabilities, and from conversations with Xbox and PlayStation officials about how to advance more accessible gaming, AbleGamers COO Steve Spohn told PCWorld in a Skype interview.

“It’s not just about doing the right thing [for developers], it’s about making sure that as many people as possible can enjoy the game you created and poured your blood, sweat, and tears into,” Spohn says. “In order to do that, they need to be able to test those games [for accessibility]…We’re trying to bring two sides together to make a better gaming environment.”

The only requirements for joining the Player Panels: You need to have some sort of disability, you need to love games, and you need to fill out this form.

AbleGamers then acts as a go-between, connecting developers and researchers with gamers able to assist in accessibility testing and studies. Rather than being a middle-man, Spohn says the charity is more like a security guard, ensuring the process remains “secure, safe, and happy” for everyone involved. AbleGamers doesn’t receive any money from gamers or game developers for Player Panels, though it does vet requests and make sure participants are compensated.

“We won’t let our community be used, and we like to think we’ve cultivated enough trust that they know we won’t let them be used,” Spohn says. But that compensation won’t always be in the form of cash—because it can’t.

“There are some very tricky things we have to navigate,” Spohn says. “Most of the people in our core group of disabled gamers are on Social Security or the U.K. equivalent, and if you take money, that can put your insurance in jeopardy. We’re uniquely qualified to be able to navigate [those concerns].” Gift cards to Best Buy and other popular stores could be one solution when accepting money becomes a concern for Player Panel members, Spohn says, “but you do need to compensate them for their time.”

Spohn wasn’t willing to divulge which companies AbleGamers is working with for Player Panels to avoid potential controversy. (Fanboy wars start over silly things!) But his hope is for the panel process to fully in place by the end of summer or early fall, at which point the charity would start opening up more about the names and needs of companies it’s working with. AbleGamers is already in touch with developers and researchers asking for gamers with specific disabilities, Spohn said.

“The industry has come so far in such a relatively short time” in including disabled gamers, Spohn says. In 2009, AbleGamers went to the annual Game Developers Conference and asked passing developers one simple question: Have you ever thought of gamers with disabilities?

You can see many of the responses in the video above, but Spohn sums it up as “Two hundred-something noes, one dude who laughed at us and walked away, and a smattering of yesses. That was sort of the state of the union for people with disabilities back then.”

“Today, we have this initiative where we’re putting gamers with disabilities together with game developers because there’s such a high demand,” Spohn says. “The state of accessibility is getting great for people on PCs,” in particular because of the wide range of supported peripherals, he says, but “things are looking pretty good” in general.

If AbleGamers Player Panels take off, the future could be even brighter.