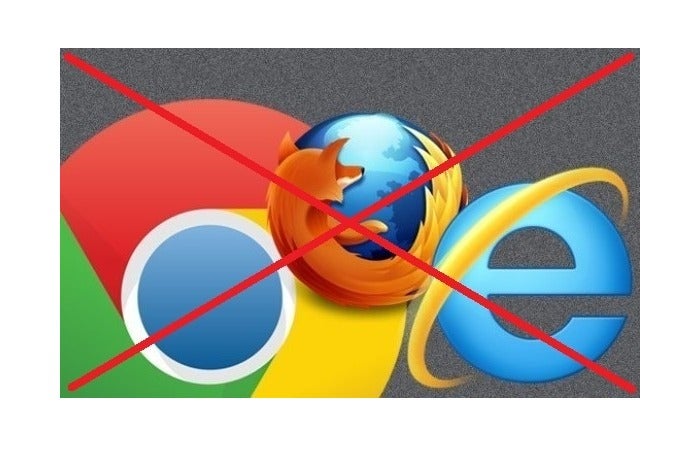 Sometimes it feels like there’s only room for four choices when it comes to web browsers on Windows: Firefox, Google Chrome, Microsoft Edge, and Internet Explorer. You’ll find some people running Opera, too, but for the most part it’s all about the big four.

Despite the seemingly small world of web browsers, there’s an entire alternative universe out there. All of them are fighting for your attention with unique features and specializations around new interface concepts, privacy, music, social media, and more.

If you’re looking to shake up your web-surfing experience, consider these 10 great browsers not named Firefox, Chrome, or Internet Explorer.

Opera Neon debuted in early 2017 as an experiment in interface design and new browser features. Opera describes it as a proving ground “similar to the way concept cars predict the future of automobiles.” In fact, Opera released a new version of its mainstream browser in May that included some inspiration from Neon.

When you first open up Neon it’s clear this browser is not your typical tabs-at-the-top affair. In fact, you don’t even open new tabs in Neon the way you do in other browsers. To open a website you just start typing the URL or click on one of the “link bubbles.”

Vivaldi is a Chromium-based browser that targets hardcore power users. From the moment you install it, the browser helps you customize its look to suit your needs including color choices, tab position, and start page image. It’s a very simple browser at the moment that takes cues from current and former Opera features (Opera’s former CEO is leading the Vivaldi effort).

Vivaldi has a speed-dial feature for quick access to favorite sites, a built-in note-taking app, and a side panel for viewing a secondary webpage. Vivaldi also has some features that any power user will appreciate, such as mouse gestures and keyboard shortcuts, saved tab sessions, tab stacks, user interface scaling, and adaptive interface colors.

There were early dreams of a built-in mail client for Vivaldi, like several browsers of old, including Opera. So far, however, Vivaldi has only managed to provide its own brand of webmail.

As Vivaldi is built on Chromium, it is compatible with extensions from the Chrome Web Store.

The biggest feature for Maxthon is its cloud-based account, called Passport, which syncs browsing data across your devices. That’s a common feature among the major players, but not as common in the world of alternative browsers. Passport also has a feature called Cloud Push that lets you share content with your friends via email or text message.

Maxthon comes with a built-in RSS reader, notepad, password manager, a virtual email mailbox service called UUMail, and AdBlock Plus. There’s also a “reader mode” to read articles more easily without all the distractions of a typical website.

Maxthon isn’t a single-engine browser, instead relying on both Trident (Internet Explorer) and WebKit (Safari). Maxthon uses WebKit by default, but will switch to Trident on the fly for older webpages that are friendlier towards Internet Explorer.

Torch is a browser for media junkies with features for music and games. There’s a built-in YouTube-based streaming service called Torch Music. Torch Games gives you one-click access to a selection of web-based games. Torch also has some handy drag-and-drop sharing features: Drag web content to the left and you get a sidebar for sharing content on social networks, or drag content to the right to search for it.

Torch is also a media-pirate’s dream, with a built-in tool for downloading audio and video from sites like YouTube and Vimeo, as well as a built-in torrent client for…well, you know.

The browser doesn’t deviate far from its Chrome-based roots, but it comes with a bunch of privacy-enhancing features like a built-in proxy, always-on private browsing, and built-in blockers for third-party cookies and trackers. It also has a built-in video downloading tool that shows up on video sites such as YouTube.

Epic ditches Google account integration, so don’t use this browser if you want to sync bookmarks and open browser tabs with Google’s servers.

Do you miss the old Firefox? Not the old, old Firefox, but the interface before the current one, with the menu button in the upper-left corner? If so, Pale Moon is worth looking at.

Pale Moon was “forked” from the core Mozilla project with an initial release in 2009. Forked means they took the Firefox open source code and started iterating it separately from Mozilla.

The result is a browser that will be familiar to longtime Firefox users, though the two browsers are different now, especially under the hood. Pale Moon, for example, continues to support old-school add-ons as well as NPAPI plugins—that last bit is not necessarily a good thing.

From security firm Comodo, IceDragon is another browser promising enhanced security. IceDragon’s security props include webpage scanning for malware, the use of Comodo’s Secure DNS service by default, and active blocking of known phishing and spyware sites.

As this is based on Firefox, IceDragon also comes with the Pocket add-on pre-installed. IceDragon lets you drag content from a webpage to the right to share it on social networks, and to the left to use that content as the basis of a web search.

It has also added a tablet mode that lets you switch to larger interface elements when surfing the web on a Windows touchscreen device.

Ghost Browser is an interesting idea. It’s built with productivity in mind and let’s you create separate browser sessions inside the same window. That way you can have a set of tabs for your work accounts, and another for your personal ones. Each session has separate “cookie jars” so that you can remain logged in to multiple social media or email accounts at the same time in separate tabs. Each new session tab is automatically assigned a different color.

You can even go one level deeper and organize sites by “projects” that stash your tabs for you. That way you can do a social media project with all your various accounts open in different tabs, and then swap into your party-planning project with tabs open to email, list-making tools, calendars, and so on.

Ghost Browser is built on the freemium model. That is, it’s free to use, but features are limited. If you want a more robust browser you have to pay $10 to $15 a month.

The free version is still pretty good. You’re limited to three projects and three separate tab sessions per project. You can also only open one project at a time. Free users don’t get an incognito mode or separate user profiles either.

As Ghost Browser is built on Chromium it works with the Chrome Web Store.

Midori is a longstanding choice for underpowered Linux systems, but there’s also a Windows version for anyone who needs a lightweight browser.

Midori is pretty simple, lacking any major features and sporting an almost XP-like interface. On the upside, it’s responsive and very simple to use. There’s also a portable version if you want to run it from a USB stick.

Avant Browser features a “tri-core rendering engine.” Instead of choosing one popular browser engine it uses those of Firefox, Internet Explorer, and Safari.

Avant Browser has several interesting features including a “video sniffer” that helps you download videos from websites such as YouTube. An “always on top” feature makes sure that your tabs never get buried behind other desktop applications like Outlook, Microsoft Word, and Photoshop.

Avant’s interface is decidedly “Windows XP,” but if you can get past that, there all kinds of power-user features to satisfy most browser lovers.

That’s our look at the latest 10 alternative browsers that have caught our attention, but there are others just a quick Google search away.