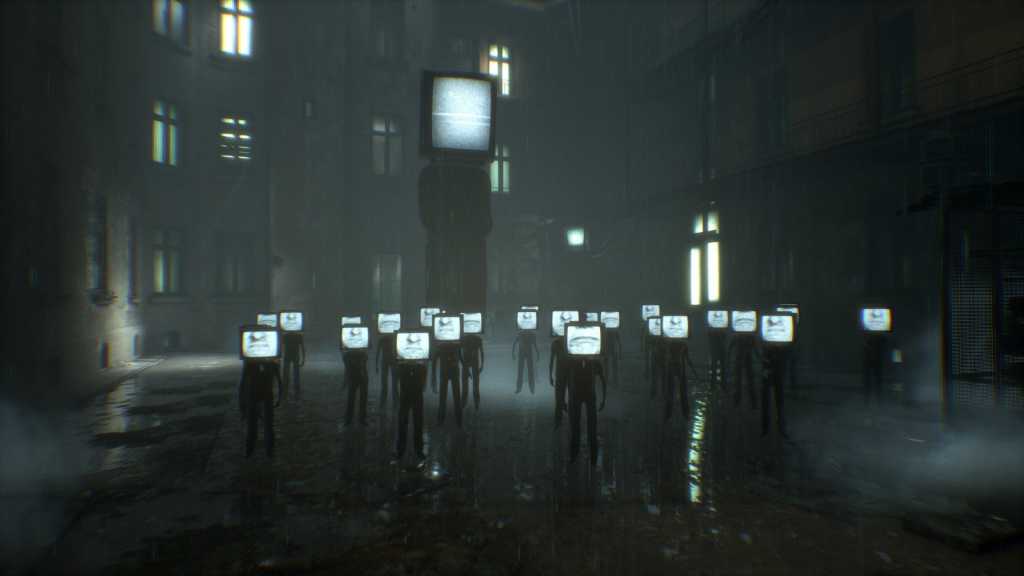 Drawing on decades of cyberpunk tropes, Observer is one part quiet detective story and one part psychedelic trip through the subconscious, with often-incredible results.

Observer is not a horror game. Sure, it’s billed as one, and within the narrow confines of video game tradition I guess it’s the most fitting label—there are a few tense chases, some disturbing imagery, the oppressive atmosphere you might expect.

But as Frictional learned with the spectacular Soma, the horror label comes with certain expectations—and like Soma, Bloober’s Observer ($30 on Amazon) is not worried about catering to those limitations.

I don’t talk often about the process of reviewing a game—mostly because it doesn’t matter. I might mention performance, especially if it falls short of expectations. But embargo dates? How long we had code? That’s all tangential.

But I’m leading with it in Observer’s case because the bugs I encountered would’ve caused me to write off a lesser game. It’s taken me a while to get around to writing up my experiences (blame vacation) but the Observer build I played was actually very early and barely reviewable. I experienced near-constant slowdown on my GeForce GTX 980 Ti, often dipping from an already lackluster 45 to 50 frames per second into the mid-20s during some egregious sections.

Then the worst happened: My save was corrupted. Three hours in I hit a progression-blocking bug, rendering my save useless and forcing me to start over.

According to my contact at Bloober, these problems have been fixed or at least mitigated. Performance should be more consistent and the bug that killed my save game has been patched.

Why bring it up, then? Simply because I would’ve given up on most games if told I had to replay three-plus hours. Losing that much progress is always brutal—particularly in an August this crowded. For plenty of other games it would’ve been the last straw.

Observer is special though.

Drawing on decades of cyberpunk tropes, you play as always-narrating-to-himself detective Dan Lazarski, voiced by Rutger Hauer to bring the obvious Blade Runner comparison full-circle. A phone call from your estranged son Adam leads you into the slums, there to investigate a rundown apartment building and, if you have time, its seedy occupants.

Observer’s world is fascinating, a blend of futurism and retro-futurism—equal parts Tron and Alien. Neon signs and bright blue holograms, CRT monitors and a preoccupation with body-horror, the slurping noise of a wire implant unspooling from your arm, the seam between metal plate and flesh. It conjures up the usual questions: Do we sacrifice our humanity by augmenting our fleshy bodies with technology? Do we endanger our souls?

And Lazarski is central to the debate. His modifications run the gamut, though the most immediately useful is his cybernetic eye, a gadget that lets you record a crime scene or light up dark areas with night vision, plus scan for electromagnetic signatures or contraband organic compounds. Pretty useful in a crime scene.

Much of Observer thus revolves around examining rooms for clues—blood stains, vat-grown organs, drugs, computer terminals, and more. There’s no real structure to these detective sequences. If anything, this is an area I wish Observer had fleshed out more, letting you perhaps come to incorrect conclusions or missing out on key evidence a la Sherlock Holmes: Crimes and Punishments. Instead, it’s more like “Find the one plot-important object” surrounded by flavor text.

It’s a novel set-up though, and the flavor text is good. Observer’s world is far more complex than you actually need to know, drip-feeding hints about the larger world outside Adam’s apartment building. Emails and conversations with the neighbors lead to tidbits about a religious sect that abstains from implants, black market organ exchanges, a mysterious plague known as the Nanophage, a war that almost rendered humanity extinct. Playing detective naturally entices you to pay attention to your surroundings and to pick up on these smaller story beats.

There’s one small touch I particularly like. The more you activate Lazarski’s implants, the more his body breaks down. In game terms it manifests as digital artifacts on your screen, purposefully obscuring your view of the world. The only cure? A drug called Synchrozine that you’ll have to inject into your wrist periodically. There’s plenty lying around; it’s not as dire nor annoying as Far Cry 2’s genius malaria infection. But it’s a novel character trait, another of those small bug significant details that shine a light on Observer’s world.

It’s the other half of the game that elevates Observer to the highest heights though. Lazarski isn’t merely a detective, he’s also the titular Observer—a cyborg that can jack into other people’s minds. Literally.

Well, not into their minds per se. Technically you’re connecting to someone’s neural implant. The idea is the same though, giving Lazarski a window to the suspect’s subconscious.

It’s here you can see the threads linking Observer to Bloober’s previous game Layers of Fear. There, Bloober toyed with the laws of reality—leading the player into a room and then taking away the door, or flipping gravity while their back was turned.

Observer is just as wild, not so much “toying” with reality as completely discarding it. Enter someone’s mind and all bets are off, the mundane seamlessly blending with the supernatural. For instance, one memorable sequence has you dragging a floating television set through dark hallways by its cord, like a light-up balloon—a balloon that cries like a baby every time you leave it behind.

To say much more is to spoil Observer’s best moments, which I’m trying to avoid. Suffice it to say: While not every sequence lands, and some go on for a few beats too long, the sheer range of ideas on display is incredible. Transitioning between abstract and concrete, from symbolism to the real world and back, and blending it with some wild effects I’ve never seen a game use before—it’s impressive as hell.

It reminds me of Psychonauts, actually. Psychonauts and Observer have little in common apart from the central conceit, but that conceit is important and still fairly unique. There’s a freedom, a creativity, allowed by playing within the mind, by being unbound from any rules whatsoever.

And that’s why, for all its faults, I’m so enamored with Observer. It’s the most stunning Philip K. Dick homage I’ve seen a game pull off, the same sort of trawl through human nature that he would’ve loved. And after this, I think it’s safe to say Bloober is one of the most interesting studios working today. 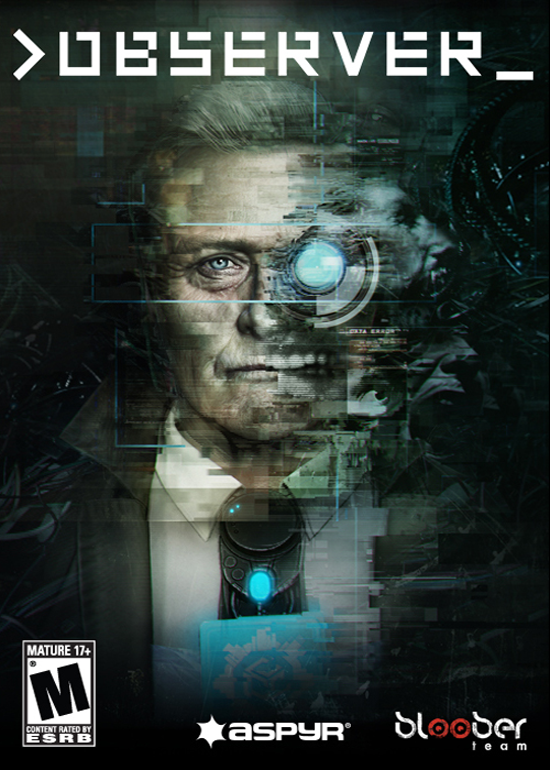 Are there rough edges? Sure. As I said, performance was so-so when I last played—and Steam reviews indicate some of those problems still exist. One small but incredibly annoying quirk has the game launching Oculus Home every time I played, which then launched SteamVR, which then (because of my SteamVR settings) changed all audio to come from my HTC Vive. From Steam reviews, it seems I’m not the only experiencing that problem.

Tech aside though, Observer is wild. It’s a solid cyberpunk detective tale welded to a surreal journey through the subconscious. Not a horror game, maybe, but then Bloober doesn’t seem too concerned with traditional genre labels. Good for them.