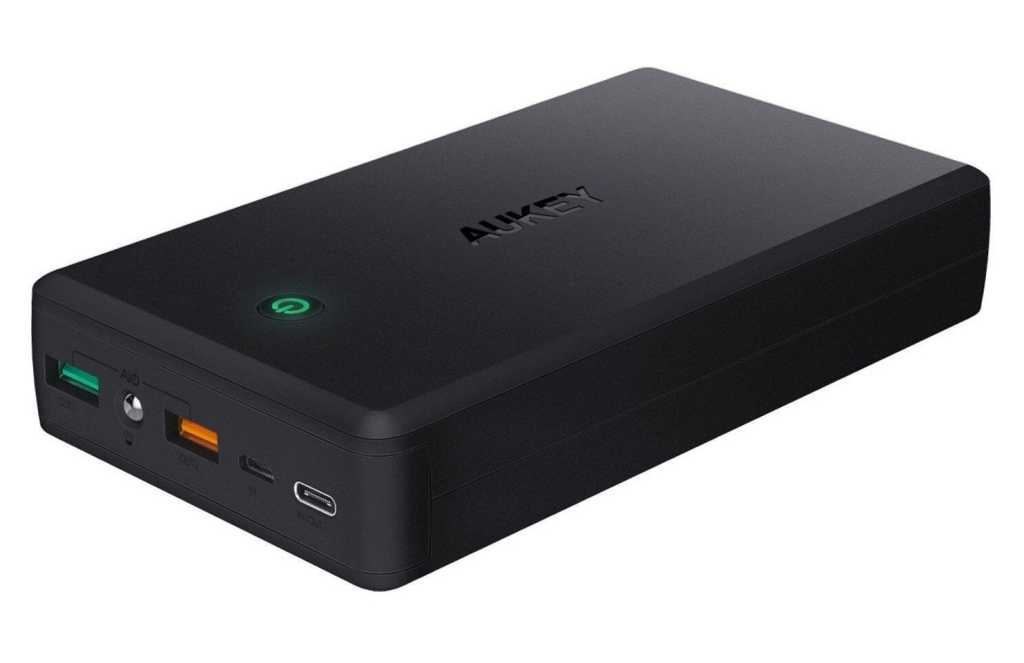 Aukey
At a Glance

Power Delivery (PD) charging extends its compatibility to more devices, such as a MacBooks.

Note: The following is part of our roundup of USB-C battery packs. Go there for details on how we tested this device.

The Aukey 30000 Power Bank was last year’s top pick, despite a couple of flaws. Its price point, combined with Quick Charge (QC) 3.0 and a handy flashlight (as gimmicky as it may sound) were enough to propel it to the top.

The current model (available for $80 on Amazon) adds Power Delivery (PD) charging, extending its compatibility to more devices, such as a MacBooks.

Aukey left the design exactly the same; that is to say its a black brick, with a few colorful ports on the front. There are four ports in total. Two USB-A (one QC 3.0, one AiPower), an in-only microUSB port, and a USB-C port for charging devices or the pack itself. The pack takes roughly nine and a half hours to recharge.

A single, small light bulb is found between the two USB-A ports. To turn on the light you hold down the power button for a few seconds; repeat to turn it off. It’s sure to come in handy when hunting through your backpack for a cable (we’ve all been there).