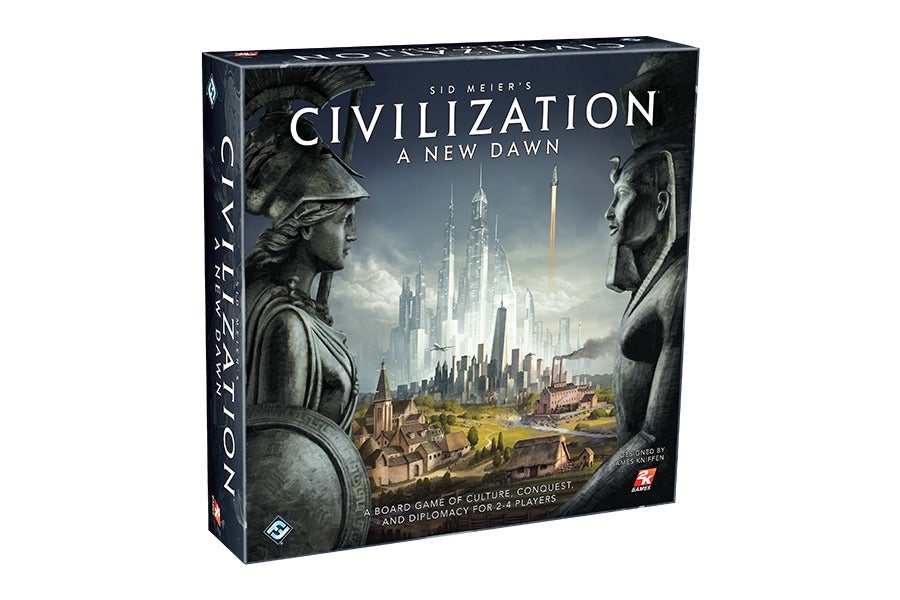 Licensed games all-but-disappeared for a few years there, swept into the trash alongside a bevy of B-tier studios. But I guess they’re back—and way weirder this time around, too. Adaptations of both Planet of the Apes and Animal Farm were announced this week, and the Pillars of the Earth point-and-click hit Steam. I can only imagine Ken Kesey’s logging classic Sometimes a Great Notion is next. Maybe Call of Duty: Catch-22?

That, plus Destiny briefly sort-of pops up on Steam, Total Warhammer II adds the ratlike Skaven, and Civilization gets adapted into board game form.

Crackdown 3 was supposed to arrive in 2016. Then, Microsoft delayed it to 2017. Now? Don’t expect to see it until 2018—spring at the moment, though I’m fully prepared for another delay before we’re done here. Word of the delay comes by way of Polygon, who received the usual “We want to make sure to deliver the right game, with the right quality, and at the right time” pitch.

The biggest victim here is the upcoming Xbox One X console. Crackdown 3 was basically Microsoft’s only launch title of note, with that weight now transferred (I guess) to Forza 7 and… Super Lucky’s Tale? Cuphead?

Then again, Sony has its holiday hopes pinned on Knack 2, so.

Bandai Namco has apparently fallen in love with the “Absolutely Useless Teaser Trailer.” The publisher used one to debut Code Vein earlier this year, and now it’s back with Projekt 1514, which I hope is a working title. Get ready for some slow panning shots of nothing, and expect a real trailer during Gamescom (probably).

An interesting gaffe this week: Destiny’s microtransaction currency appeared for the briefest of instants on Steam before being yanked down. PC Gamer even bought some, even though no Destiny port exists on PC and the upcoming Destiny 2 is scheduled to be released only through Battle.net.

So…what happened? I think the explanation everyone is hoping for is that Destiny 2 is coming to Steam also, if not at launch then perhaps after a set amount of time. Another, far less likely story: A surprise PC port of the original Destiny.

Hard to say what happened though. It could just be a glitch. Maybe.

Looks like we can now expect at least one Shadow of War trailer from now until its launch in October, so strap in. This week, a short clip about the “Terror Tribe,” which…spreads terror. Listen, nobody said the Orcs are particularly creative.

Expect more tribes down the line. Personally I’m holding out for the infamous Quest Tribe.

I don’t rightly know why Creative Assembly held back this information until now, but we’ve finally got confirmation of the fourth race in Total Warhammer II. The ratlike Skaven will join the Dark Elves, High Elves, and Lizardmen in the upcoming sequel-expansion, with campaigns centered around Queek Headtaker and Lord Skrolk.

Harebrained Schemes’s Battletech got hit with the delay hammer this week too—sort of. I don’t think Harebrained had technically slapped a solid release date on mech-battler Battletech before, but 2017 was the tentative plan. Alas, it’s going to incubate in early access a bit longer though, now set for an “early 2018” release.

Still plenty of updates coming to the beta build though, if you’re impatient.

This was the week of “Weird Adaptations,” apparently. We can start with this IGN video of an upcoming Planet of the Apes game, which I’m pretty sure I hadn’t heard of before. It looks like a Telltale game, but…with apes?

Even weirder: There’s an Animal Farm game in the works. George Orwell’s classic tale of farm animals simply enjoying their lives and definitely not acting like famous real-world dictators is being reworked by “a world class team of games industry veterans.” So uh, keep an eye out for that.

The kooky/spooky The Evil Within 2 trailers keep coming, this week featuring the world’s weirdest photographer. Not sure he really understands the art.

Video games are dead. Turns out it’s board games that are the hot new craze. All the teens are raving about them!

I assume that’s the motivation here, as Firaxis’s classic strategy game is making its way off the screen and onto the tabletop. Dubbed Sid Meier’s Civilization: A New Dawn, it’s “a strategy board game in which two to four players act as the rulers of history’s most memorable empires.” Yup, sounds pretty Civilization-esque.

There’s a ton of details on the product page if you’re so inclined, but mostly I’m just into the idea of playing a digital board game without the digital bits. It sounds so wholesome.