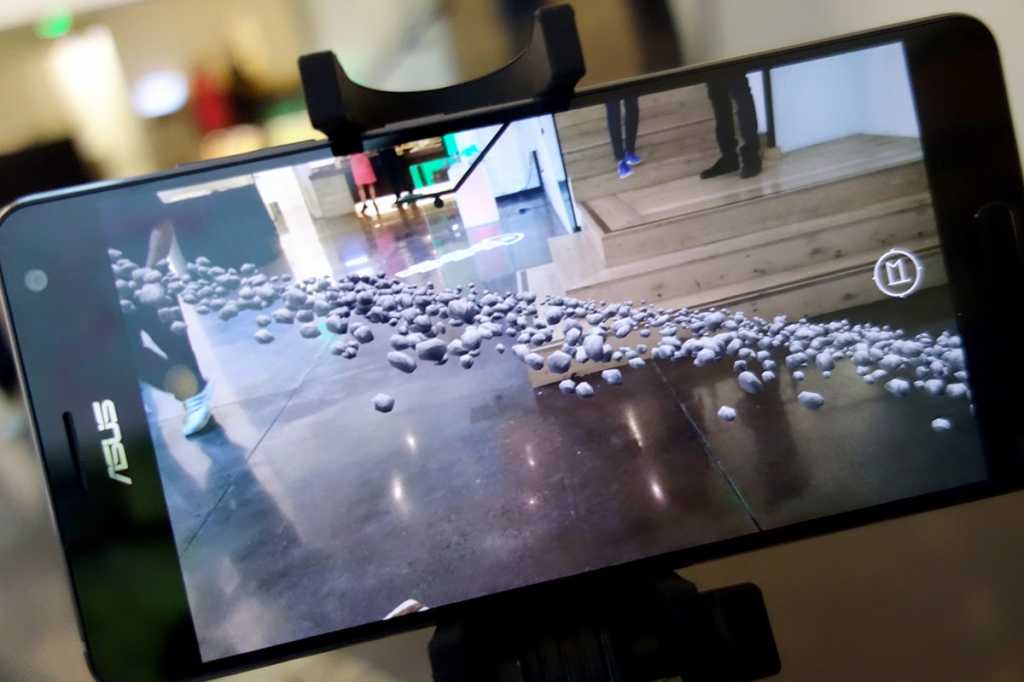 For the past year or so, Google’s augmented-reality aspirations have been extremely modest, with its Tango AR platform running on just two phones (and one of them just came out a couple weeks ago.) But now Google is releasing ARCore, which will bring the power of Tango to millions more Android phones.

Like Apple’s ARKit, ARCore works without any additional hardware. The launch of the developer preview will be limited to Pixel and Galaxy S8 phones running Nougat and above, but Google is aiming to get ARCore on 100 million devices from Samsung, Huawei, LG, Asus, and others by the time the preview ends later this year.

Reality check: ARCore may be bad news for Asus and its new Zenfone AR, which will now be less special, but it’s great news for everyone else. AR is a far more interesting platform than VR, if for no other reason than you don’t need any additional hardware to use it. But AR is also a more viable platform for everyday use. While the full immersion of a VR headset may have a higher wow factor than AR, the practicality of augmented reality—measuring, shopping, traveling, and performing other actions atop the real world—are greater. By putting real AR in the hands of millions of users (not just Pokemon Go), Google will put the platform on fast forward, and it won’t be long before it’s more than just a parlor trick.

Like Tango, the ARKCore SDK works with Java/OpenGL, Unity and Unreal, and focuses on three core areas: motion tracking, environmental understanding, and light estimation. In practice, that means objects will scan your surroundings to figure out the best surfaces for placement, study the light to approximate shadows, and adjust position as you move.

It’s all the things Tango does (minus the depth sensing), except you won’t need a dedicated phone with a fancy camera anymore. Google is even releasing a prototype browser for web developers to play around with, too. And as announced at I/O, the company is still working on its larger-scale Visual Positioning Service, which will enable “world scale AR experiences” for indoor mapping, among other things.

Even in preview mode, ARCore is a huge step for AR on Android. Not only does it mean that AR will no longer be limited to such a small subset of users, it’s also sure to bring an influx of apps ready to take advantage of the platform. While there are some good Tango apps in the Play Store, they are few and far between, mainly because the audience was so small. With a larger reach, developers will surely pick up the pace.

This also puts Google on even footing with Apple. Ever since WWDC, Apple has been spotlighting things iOS developers have been creating with ARKit, and to put it mildly, they’ve been running circles around Tango. With a platform built for all, AR could quickly become a new battleground for the two companies.

ARCore is available for developers who have a Pixel or Galaxy S8 beginning today, and Google promises it will “have more to share later this year.