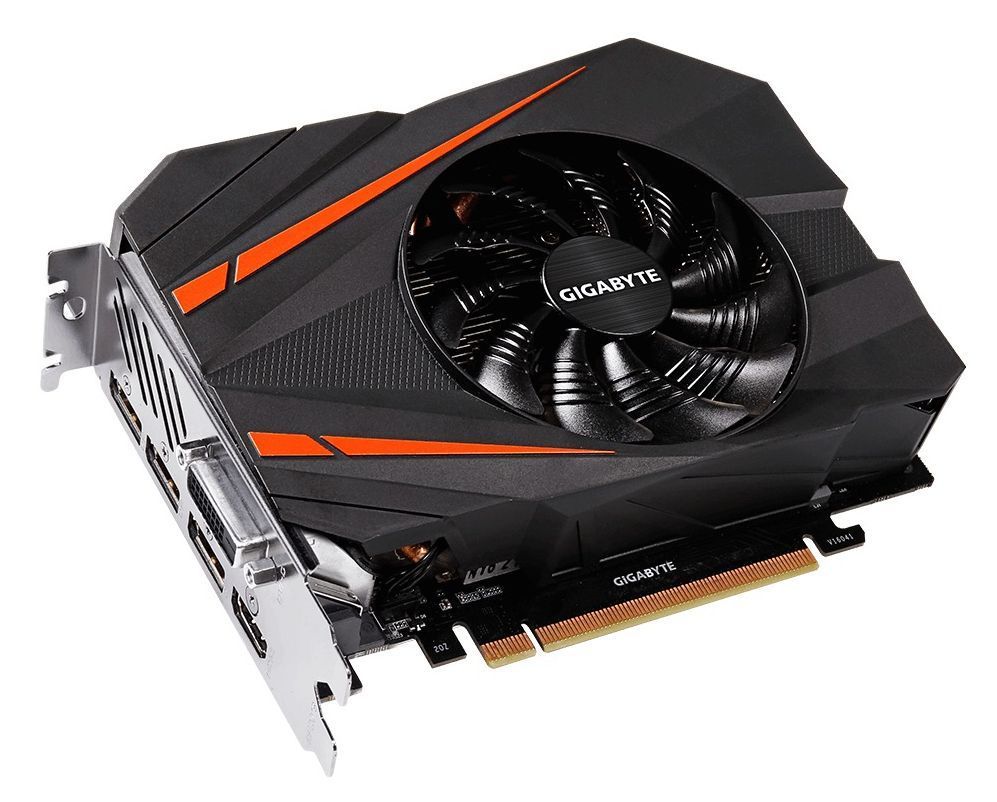 At 169mm in length, Gigabyte’s graphics card is the perfect fit for mini-ITX motherboards, which measure 170mm. The GeForce GTX 1080 Mini ITX 8G offers the same 1607MHz base clock and 1733MHz boost speeds as a GTX 1080 Founders Edition and manages to do so in a package that’s nearly 100mm shorter. That makes you wonder how hot and loud the card will run under load, but Gigabyte augmented the single semi-passive 90mm fan with a densely stacked heat sink and three copper heat pipes in direct contact with the GPU, as Tech Report first noted. The GTX 1080 Mini ITX 8G also packs a 5+2 power phase design, a step up over the 5+1 design in the Founders Edition.

Beyond the size and cooling design, Gigabyte’s card carries the same specs as any other GTX 1080—8GB of GDDR5X memory, 180-watt TDP over an 8-pin power connector, et cetera.

Vega Nano follows in the footsteps of 2015’s Radeon Nano, which blended AMD’s most potent GPU at the time with high-bandwidth memory‘s smaller on-board footprint to create the first mini-ITX graphics card capable of high-end 1440p gaming or even entry-level 4K gaming when paired with a FreeSync monitor. At the time, Nvidia could only field a mini-ITX GTX 970 against it, and AMD’s hardware dominated. The Radeon RX Vega 64 and GeForce GTX 1080 are pretty evenly matched performance-wise, so the new Vega Nano will have much more of a fight on its hands with Gigabyte’s itty-bitty gaming card.

We don’t know when the all-out brawl for mini-ITX supremacy will occur, though. Neither Gigabyte nor AMD have revealed pricing or release date details for their high-powered yet small-sized graphics cards.