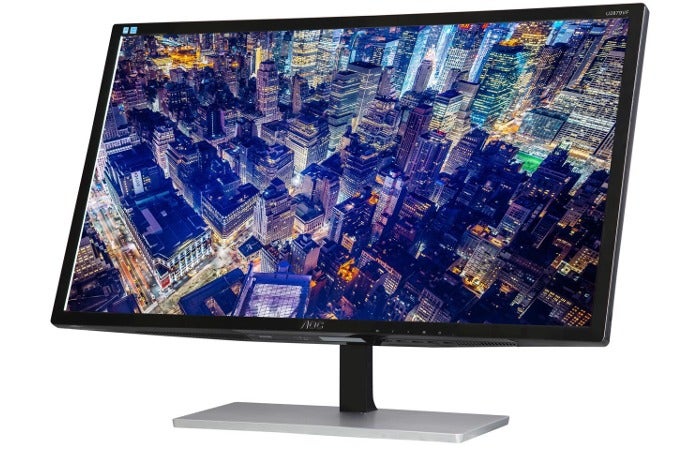 This is a great option for AMD fans since it uses AMD’s FreeSync technology. If you have a compatible AMD Radeon graphics card, FreeSync will reduce tearing and stuttering, giving you a better gaming experience.

The monitor has a 1 millisecond response time and a whole bunch of inputs, including one DVI, one HDMI, one DisplayPort, and one D-Sub. As for the TN distinction mentioned earlier, these kinds of panels tend to be faster than IPS but have poorer color reproduction and viewing angles. That speed can make a difference depending on the type of games you play, so the trade-off can be worth it for some people.

AOC included picture-in-picture and picture-by-picture features in this monitor. These options allow you to watch a video on one half of the screen using the HDMI port, while browsing the web on a laptop via DisplayPort or DVI on the other.