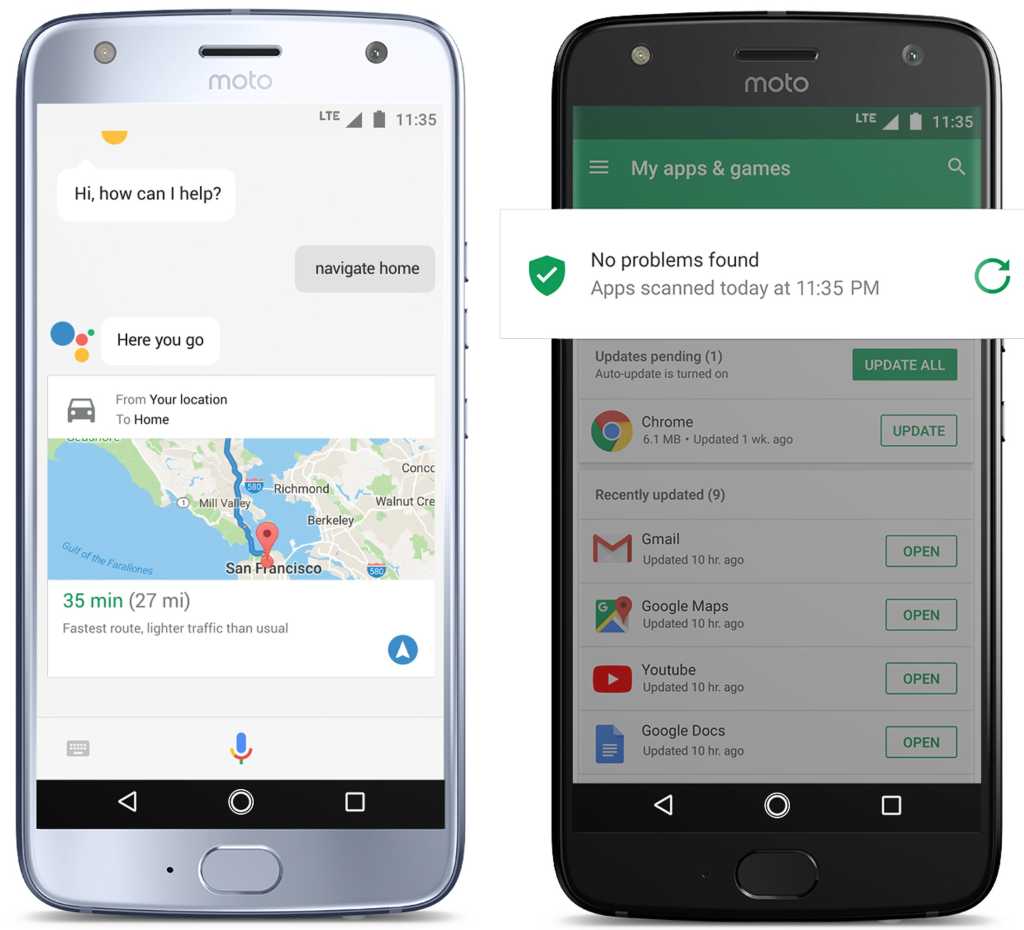 Google is finally bringing its Android One program to the U.S., but not in the way you think. Instead of a super-low-priced phone with bare-minimum specs, the first U.S. Android One phone is actually the Moto X4. And it’s a Project Fi exclusive.

The Android One Moto X4 is essentially the same phone as the one you get direct from Motorola, with a 5.2-inch 1080p display, Snapdragon 630 processor, 3,000mAh battery, dual rear cameras (12MP and 8MP), and fast charging. What’s different is all on the inside.

For one, it will run on Google’s Project Fi network, which until now was limited to Pixel phones. It will also run what Google describes as a “pure Android experience with a clean software design and a carefully curated set of preinstalled apps to give you just what you need.” That means you’ll be leaving Alexa behind, as well as Moto’s suite of proprietary apps. But you will get timely updates.

Eventually, anyway. The Moto X4 Android One phone will ship with Nougat 7.1 installed, but Google is promising to deliver Android Oreo before the end of the year. It also said that the Android One Moto X4 “will be among the first phones” to receive an upgrade to Android P next year, presumably alongside the Pixel and Pixel 2 phones. The Moto X4 is certain to follow the standard Google upgrade guarantee, with two years of version updates and three years of security patches.

You’ll also need to sign up for Project Fi if you want a Moto X4. For $20 a month, you get unlimited U.S. calls and texts as well as international texting in more than 135 countries, and you can add data on top of that for $10 a gig. Whatever you don’t use will be returned to you in the form of a monetary credit. So, if you use 2.4GB of your 3GB plan, you’ll get $6 back on the following month’s statement. Project Fi isn’t available everywhere, however, so Google lets you check availability before purchase.

The Moto X4 Android One will cost $399 and is available for preorder today in blue and black. Previous Nexus users can also take advantage of a new trade-in program that offers up to $165 in credits. Also, users who sign up before Oct. 5 will receive $50 in Fi credits.

Why this matters: While it’s only one phone, the Moto X4 Fi edition represents a significant expansion of the Android One program. Until now, Android One was a little-known international program offering low-priced phones that were forced to adhere to strict minimum hardware requirements for RAM and storage (and of course, OS and updates). Basically, it was to make sure that people buying inexpensive phones weren’t throwing their money away on garbage.

By bringing the Moto X4 to Android One, Google is signaling a willingness to work more closely with manufacturers to offer pure Android on higher-end hardware that isn’t made by Google. Now, we’re not likely to see an Android One Galaxy S8 (but seriously, how great would that be), but the more phones that get timely Android updates, the more pressure it puts on Samsung and others to push out updates more quickly to their own devices. And that’s good for everyone.