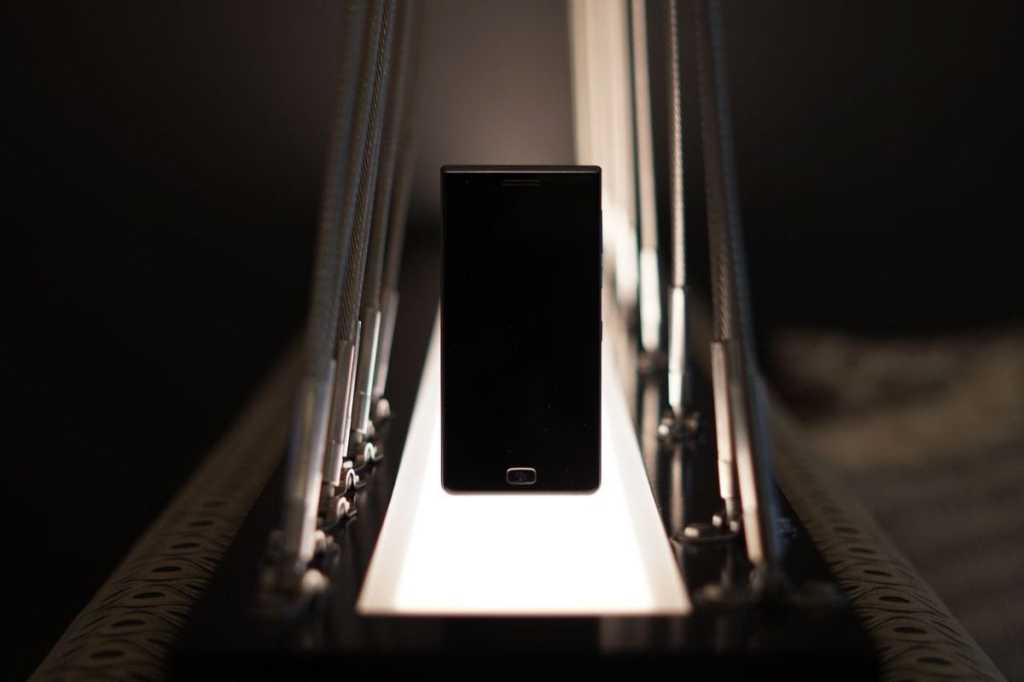 BlackBerry is back with another smartphone, but this won’t be as instantly recognizable as the KeyOne. Why? It doesn’t have a tiny keyboard below the screen.

The new Motion handset sports a 5.5-inch 1080p display, a Snapdragon 625 processor, 4GB of RAM, and a 12MP, f/2.0 rear camera. Without BlackBerry’s distinctive hardware keyboard, however, the Motion looks a bit like a Sony phone, with squared-off corners and a boxy, unoriginal aesthetic. In place of the keyboard, the Motion features a home button/fingerprint sensor adorned with the BlackBerry logo.

If those specs don’t thrill you, know that the BlackBerry Motion does have two things going for it: IP67 water resistance and a 4,000mAh battery. Water resistance wasn’t possible on previous BlackBerry phones due to those tiny hardware keys, so the Motion is officially the first BlackBerry phone you can dunk in a pool. And the giant battery should be able to power the phone through a full day and then some.

Like the KeyOne, the Motion features a Convenience key on the right side of the device, but it’s been upgraded to support four customizable profiles (home, office, car, and user) that are dynamically triggered by your home Wi-Fi network, scheduled meetings, in-car Bluetooth, or favorite apps.

The Motion runs Android 7.1 Nougat and features BlackBerry’s full suite of apps. New to the Motion phone is a personal Locker Mode that lets users “store documents and photos to an internal storage area that requires the device owner’s PIN code or fingerprint to access.” According to the company, Locker Mode also features a stealth photo mode that allows customers to take a picture images and directly save it to the internal storage, thus avoiding upload to the cloud.

So, yeah, BlackBerry is still leveraging its historical reputation for data security in the productivity space.

The BlackBerry Motion is launching exclusively in the Middle East before pushing out to international markets. It’s unclear when or whether it will be releasing in the U.S.

It’s a bit of a double-edged sword, however. On the one hand, people want phones with giant screens. On the other, the keyboard was the only real reason anyone would buy a BlackBerry phone. But if they all have water resistance and giant batteries, we’re cool with that.