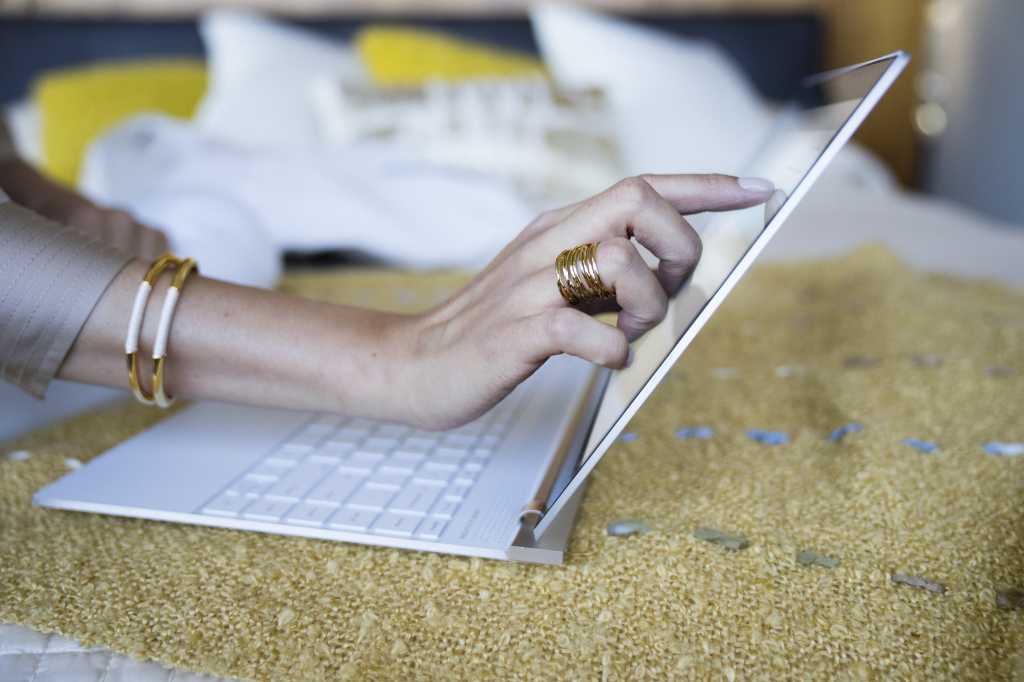 HP’s Spectre 13 has always wanted to steal users from the MacBook Air, and it may finally have its killer competitive feature: a touchscreen. The Spectre 13 refresh that debuts Wednesday morning is the world’s thinnest laptop with this feature—and it’s something the MacBook Air simply doesn’t have.

HP also crammed a surprising amount of hardware into this sliver of a PC, with fewer compromises than you’d expect. Due credit should go to the latest 8th-generation Intel Core CPUs, whose greater efficiency and performance are making this season’s laptops some of the most promising we’ve seen in years.

The Spectre 13 will ship on October 29 with a starting price of $1,300, including a color-matched pen. Best Buy will begin taking pre-orders October 4.

Multiple configurations will be available, but we’re listing below the specs we were given for the model af012dx:

CPU: Intel 8th-generation Core i7-8550U, a quad-core CPU with a 1.8GHz base clock and turbo boost up to 4GHz. Core i5 CPUs will also be available.

The latest Spectre 13 makes a fashion statement, debuting a new color: Ceramic White with Pale Gold accents. The scratch-resistant paint has a soft, matte look and feel and is (HP claims) easy to clean.

The coaxial hinges gleam when the laptop is open and disappear into the laptop’s body when closed. The polished surface of the prior generation’s hinge area attracted too many fingerprints, so HP has replaced it with a brushed texture that don’t show any schmutz.

HP tweaked the keyboard design, too. Some changes are cosmetic, like the subtle carving around the keyboard area. The keys offer 1.3mm of travel, which is about the least you’d want—they felt okay during a few anecdotal minutes of use at the briefing. HP also built an extra full-width rubber foot into the bottom of the Spectre 13 to minimize annoying bounce during use.

Testing will tell whether thin is truly in

Thin laptops have always meant compromise before, but something is changing with the new Intel CPUs and other technological advances. HP claims the new Spectre 13 is 50 percent faster than its predecessor when running the Sysmark benchmark, and 40 percent faster in the Handbrake test. We’ve heard similar claims from the latest Dell XPS 13 model. Even coming close to those claims would be a big improvement for this class of PC. We’ll let you know what we find out if we test the HP Spectre 13.