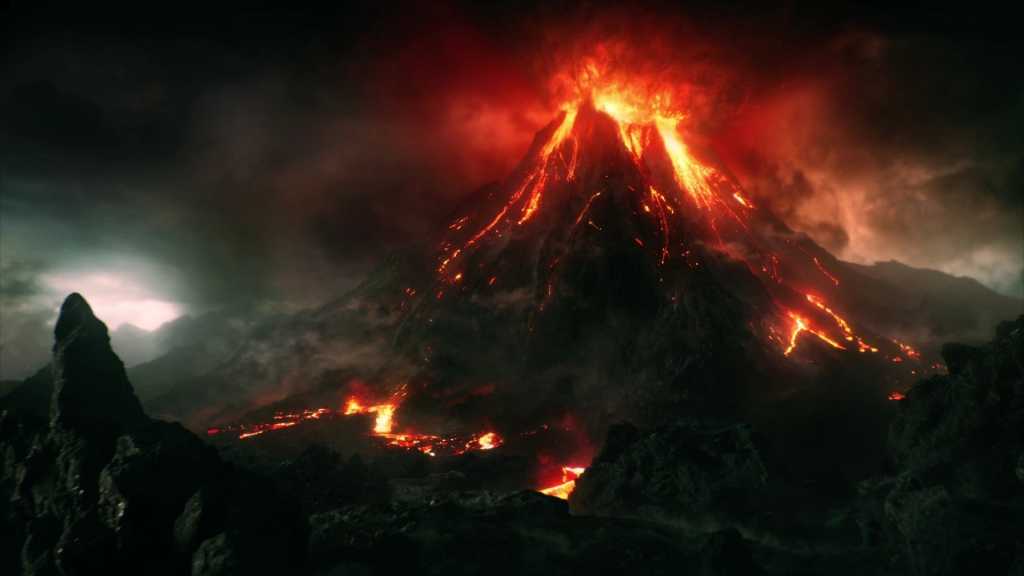 “Two rings to rule them all, two rings to find them, two rings to bring them all and in the darkness bind them.” Thus opens Middle Earth: Shadow of War, or at least that’s how it would open if there were any justice in the world.

See, 2014’s Shadow of Mordor ended with our half-ghost/half-man protagonist Talion née Celibrimbor [Three-year-old spoiler] defeating Sauron in hand-to-hand combat and announcing his intention to paradoxically forge a second One Ring. And he does just that to open up this bigger and better sequel. [End spoiler]

I’ve played the first six or so hours of Shadow of War ($60 on Amazon) so far—enough to reach Act 2 (of 4) and start dominating orcs. Here are my thoughts so far on everything from PC performance to combat to the Nemesis System redux. Oh, you want to hear me complain about loot boxes? Lucky for you we have a whole other article for that.

Let’s go ahead and start with performance so those who just want a quick PC port report can get on their way. In short: It runs great on my machine. This isn’t exactly unexpected, considering how smooth the original Shadow of Mordor was, but then again I would’ve said the same about Batman: Arkham Knight before its disastrous launch so…

But yeah, there’s probably nothing to fear here. I’ve seen a few Steam reviews mention poor performance, and I don’t know what’s happening there—I’ll keep an eye out in case the problem seems to spread. But on my machine, I’m riding the 100 frames per second mark on an Nvidia GeForce GTX 980 Ti at 1080p. I will note that the 4K texture pack is absurd this time, and turning it on caused my VRAM bar to go literally off the charts. I don’t know how much VRAM you’ll need to run those textures, but it looks like a lot. More than a GTX 980 Ti’s worth (6GB), at least. Unless you have an incredible PC, don’t bother with it.

I’ve maxed out everything else though and the game looks decent regardless. The visuals haven’t changed much since 2014, but maps seem larger than last time and there are certainly more maps to explore. I’ve only seen three so far but there’s plenty of empty space still to be filled. The only bugs I’ve noticed are some odd physics ragdoll glitches—dead enemies literally flying through the air—plus the occasional audio spasm when returning from a cinematic and missing subtitles whenever I pick up collectibles. Nothing too dire, though the last is an odd oversight.

Oh, we should also talk footprint. Middle-earth: Shadow of War is a 97.7 GB install, which (I think) is a new record, surpassing Forza 7’s record-setting installation process from a mere two weeks ago. It’s gigantic, though I think you could pare a bit off if you don’t install the 4K content—it seems to be listed under the game’s DLC.

As for the game? Listen, I made a dumb pun about “Shadow of More-dor” about a dozen times in the last six months, but that’s really the best way to describe it. From the bit I played, this really does seem to be a more sprawling version of Shadow of Mordor, for good and bad.

On the plus side, Talion seems more mobile than ever. You can leap off enormous buildings and land catlike on your feet, catapult yourself up the side of the next building, teleport to distant enemies by simply aiming at them, summon a mount within your first hour or two playing, and more. There are a dozen different options for getting around, and it feels pretty fluid. More fluid than its Assassin’s Creed inspiration, that’s for sure, though there are still the occasional hiccups as Talion gets stuck on a random ledge or leaps off the building you just climbed and into a waiting orc horde.

The regions I’ve seen have been pleasantly varied, too. The first act has you bouncing between the dimly lit caverns of Cirith Ungol and the besieged Gondor city of Minis Ithil (later to be Minis Morgul). The latter is an especially welcome change for the series, with its gleaming white walls, iconic Tower of the Moon, and Romanesque arena. And what I’ve seen of the second act has changed it up again, dropping me into a lush and fertile section of Mordor reminiscent of the end of the previous game.

That said, there’s a definite “Been here, done that” feeling and I’m only maybe a quarter (or less?) of the way through. Each region has its own Nemesis system, its own army of pseudo-unique orcs to take down, its own doodads to collect and challenges to overcome. Talion has more powers this time around, and he’s more mobile, but the feedback loop hasn’t changed a bit. You’re still entering an area, destroying the various outposts to weaken the big-bad at the top, then taking that foe on head-to-head to try and conquer the region. Over and over and over.

I actually think the Nemesis System has been less engaging this time around—an unfortunate effect of having so many areas open to you so early on. Shadow of Mordor dropped you into a single region for upwards of ten hours, slowly introducing you to the lower ranks of orcs, then the middle ranks, then the upper ranks. By the time you left, it felt like you’d really learned about them. You’d fought them, occasionally died to them, been taunted by them, been harassed by your actual nemesis, and basically uncovered the inner workings of Mordor’s political machine.

Shadow of War isn’t like that—at least, not yet. When I’d finished with Cirith Ungol and Minis Ithil and moved on to Act 2, I hadn’t even learned the names of half the orc ranks in either region. They were just silhouettes on the army screen. Six hours have passed in a blur of same-y orc commanders, with only the weird one that spoke in rhyming couplets really standing out so far.

Part of the problem is also the combat. Arkham Asylum released eight years ago and is, I’d say, considered a “classic” at this point. A not insignificant part of that was the combat, with its focus on flashy-but-simple combos. You felt powerful. You felt like a superhero. It was just what you’d want from Batman.

The system’s been copied and pasted to so many other games though that I’ve long since mastered the rhythm of (on a gamepad) X-X-X-Y-X-X-Y-X-Y and so on, with X being the standard “Hit” button and Y the “Parry.” It’s almost mindless, and with so much of Shadow of War centered around combat I’ve found myself bored with it. Enemies that are supposed to be tough don’t really feel it. They just take more sword swipes to whittle down, slightly more caution to make sure I don’t accidentally swing when I meant to dodge.

And so I’ve encountered two dozen or so orc commanders at this point and slaughtered them all with little-to-no effort. That’s not the basis for a very interesting Nemesis system, because half the fun is seeing the more wily orcs return later, taunting you for dying or for their last-second escape from death. Six hours in and I’ve had none of that! My Nemesis is some random orc I barely remembered when he showed up the second time, and the rest have just died and died and died.

The Nemesis System really needs to pick up the slack too, because what I’ve seen of the actual story isn’t doing it for me. There have been some spectacular moments—I’ve taken a ton of screenshots. Monolith has nailed the look of the films, from the odd angles to the god beams to the desaturated colors. That visual quality is augmented by support for Nvidia’s Ansel super-screenshot technology.

The plot specifics are just as absurd as the first time around though, or maybe more so. “Shelob the Spider is actually a sexy lady” is the worst of the lot, and already the most infamous, but I’ve had a half-dozen other eye roll moments so far. The worst are the ones where an explanation is given where no explanation was needed—for instance, how the Witch King came to possess Minis Morgul, and the cringe-inducing dialogue that surrounds that event.

My feelings are mixed, if you couldn’t tell. On the one hand, I still think the Nemesis System is a cool technology. Despite its less central role in proceedings so far, I’m looking forward to building up my own armies of orcs and seeing what comes of the next 20-odd hours. And hey, the game runs well—never a given nowadays.

But Shadow of Mordor was a fairly uninspired Assassin’s Creed clone with the Nemesis System layered on top. Three years (and multiple Assassin’s Creeds/Watch Dogs/ Ghost Recons/Far Crys/etc.) later, that whole setup feels more tired than ever, and the promise of “Another Shadow of Mordor, but bigger!” doesn’t really hold a lot of interest. It’s not a bad game. Far from it. But it provides the same mindless sort of enjoyment I’ve had with most Assassin’s Creed-inspired open world titles recently—sure, they exist and they fill time, but it’s all a bit rote by now.

And come on—two One Rings? Absurd.