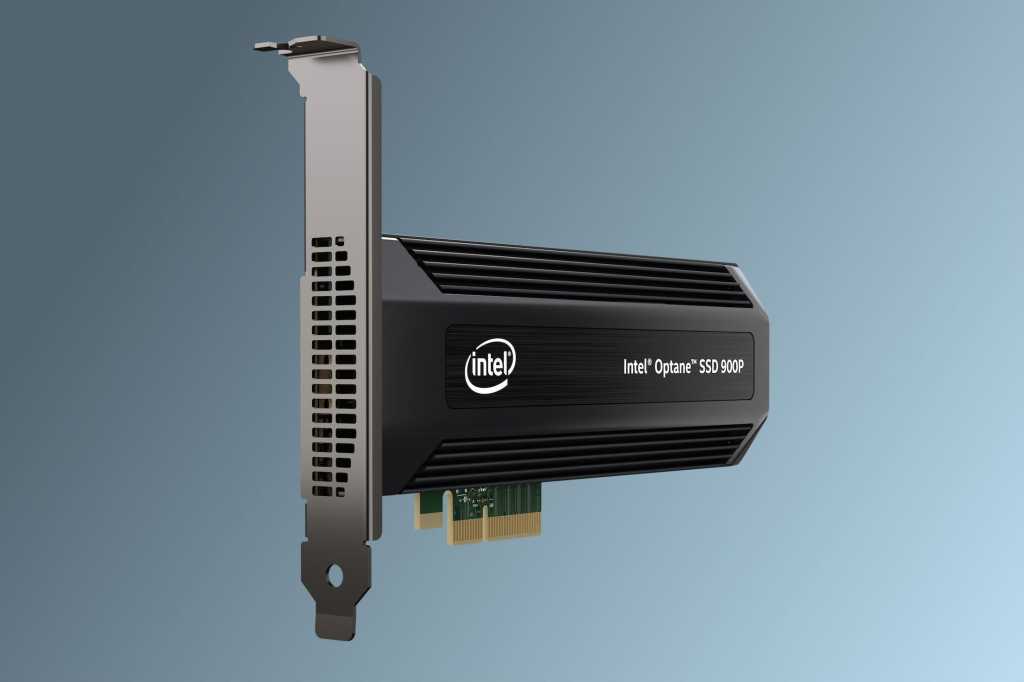 Got a render job for your movie or game involving 1.1 billion particles? Then you may just want Intel’s new Optane SSD 900P for the job. The long-awaited drive series, launched Friday, was able to cut down the rendering of a 7-second scene from 17.4 hours to 6.3 hours, Intel said.

If you’re wondering how an SSD can make such a dramatic impact on a workload that most associate with a faster CPU or a faster GPU, Intel said the answer is the insane attributes of the 3D XPoint memory used in Optane versus traditional NAND in most SSDs.

The joint Micron/Intel memory has been pitched as the next step in non-volatile storage and will eventually offer performance a thousand times greater in switching speed than the fastest NAND-based SSDs. In fact, 3D Xpoint is so fast, Intel sees it as approaching the performance of memory.

All that is far, far down the road. Today’s iteration of Optane just offers blisteringly low latency, magnitudes’ longer endurance, and high performance at the queue depths most people actually use their computers at.

Intel said the Optane SSD 900P drive can improve workstation performance by up to 4X as well. But for consumers, the biggest impact appears to be in games that are designed to take advantage of Optane.

“The Intel Optane SSD 900P is amazingly fast, easily the fastest drive I have ever used,” Chris Roberts, developer of Star Citizen, said in a statement. “Our Star Engine developers have been working on technology to improve loading times using new techniques developed for Star Citizen and optimized for Optane, the fastest SSSD we’ve ever tested with the game. We continue to enhance Star Citizen so the performance benefits with Optane drives will continue to grow, alongside Star Citizen, into the future.”

A high-spec gaming system with an Optane drive remains “smooth,” the developer said. One problem: Star Citizen continues to be a work in progress, with no actual launch date for the ambitious game.

What this means: Although the price-to-capacity of the Optane SSD 900P isn’t remotely competitive, the launch is likely to calm the nerves of those wondering whether Optane was going to ever match the hype it was announced at. Hardware junkies groaned out loud when Intel released the first iteration of Optane in April (reviewed here.) Although surprisingly fast, Optane was mostly intended as a product for entry-level and budget machines that couldn’t afford high-capacity SSDs. The Optane SSD 900P is clearly aimed at the hardware-hungry enthusiast crowd, but it remains to be seen whether they’ll sacrifice the attributes of Optane for capacity.