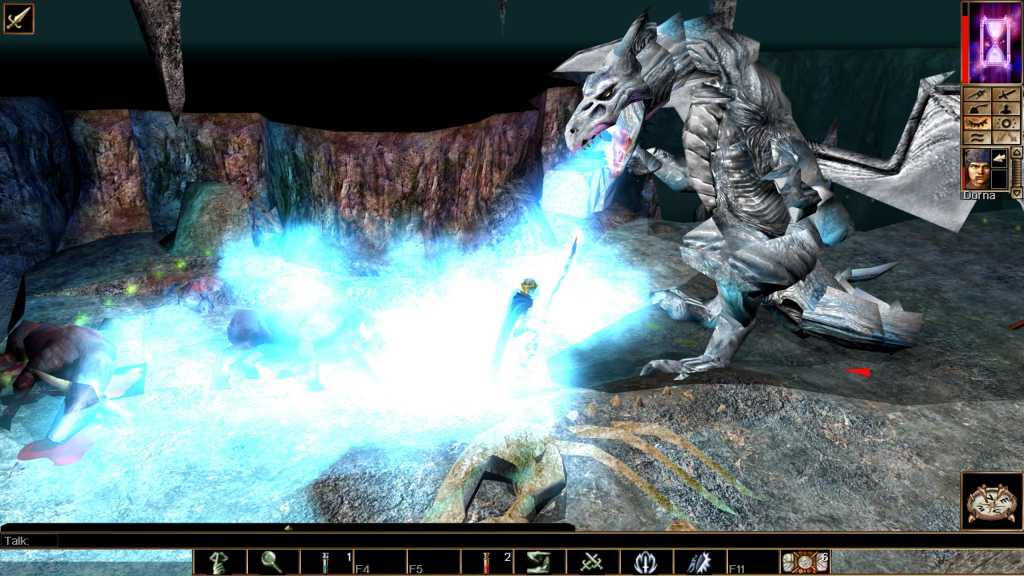 Neverwinter Nights was an ambitious project for its time. It ditched the Infinity Engine for the Aurora Engine, which in many ways made it age poorer than its predecessors. 2002-era 3D looks quite a bit worse than late-’90s 2.5D.

The official Neverwinter Nights campaign was also just one tiny part of the package (and, most people would probably say, the worst part). Unlike Baldur’s Gate and its ilk, Neverwinter Nights was designed with a pseudo-MMO layer where dozens of players could log into a persistent server to play custom campaigns. Those campaigns aren’t anything to scoff at, either—BioWare released the Aurora toolkit alongside Neverwinter Nights, and there are literally thousands of user-generated campaigns (or “modules”) on the internet, some of them considered true classics.

So onto the most important aspect of Neverwinter Nights: Enhanced Edition: It’s fully compatible with all old save games, modules, and mods. At least, that’s what Beamdog claims. I’m sure the community will be putting it through its paces.

As for the Enhanced Edition aspects, there are a few bug fixes included but it’s mostly features related to modern resolutions. You can run the game at 4K as expected, and the interface will resize appropriately. The art’s been given a surface refresh too, with new post-processing effects, shaders, and so on. A bit disappointing they didn’t rework the models or do something more extensive—you could probably reach a similar state with currently available user mods. This saves people the hassle though, and if it gets people playing Neverwinter Nights again after 15 years, maybe that’s enough.

Regardless, it was the logical step for Beamdog. Icewind Dale II is apparently a lost cause—literally, the source code has been lost, minimizing the chances of a future Enhanced Edition. That made Neverwinter Nights next in line. The Enhanced Edition’s available for preorder today alongside three of BioWare’s “premium modules”  a.k.a. expansions from back in the day. No release date yet, but we’ll keep you updated.