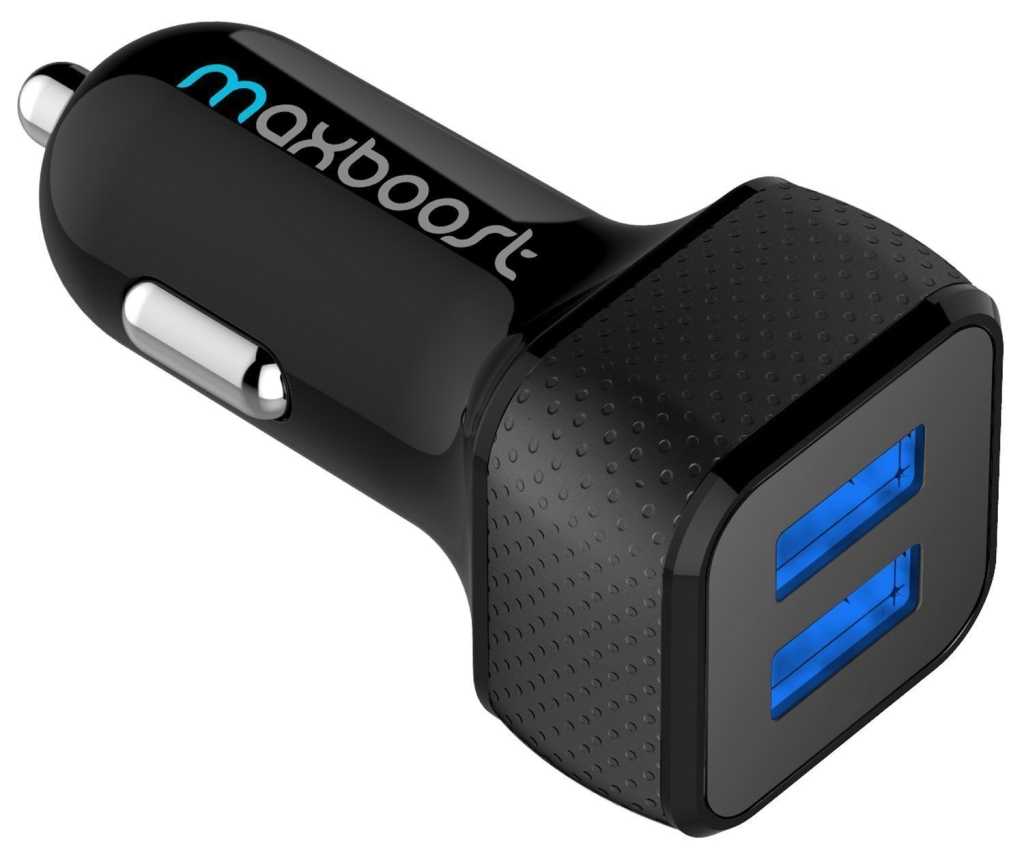 This charger does its job, but the opposite orientation of its two ports is unusual and annoying.

The Maxboost USB car charger is only $10 on Amazon, and it shows. Unlike the similarly priced Spigen model we reviewed, this Maxboost design feels cheap.

Note: This review is part of our roundup of USB car chargers. Go there for details on how we tested this device.

Between the unapologetic plastic housing, and the dimple-like exterior around the front, the car charger isn’t aesthetically appealing. But that’s not the charger’s most annoying quality.

There are two ports on the front, but the orientation of each one is different. So if you have a cable plugged into one port and decide to move it to the other port, you’ll need to turn the USB adapter over to make it work.

The Maxboost model is the only car charger we tested that had ports with opposite orientation. Each port is capable of 5V/2.4A. Our tests with the Galaxy S8 and iPhone X both showed 5.2V/1.8A, which is right in line with what’s expected.

Bottom line: The Maxboost USB car charger is capable of doing what its designed to do —charge your device for under $10.