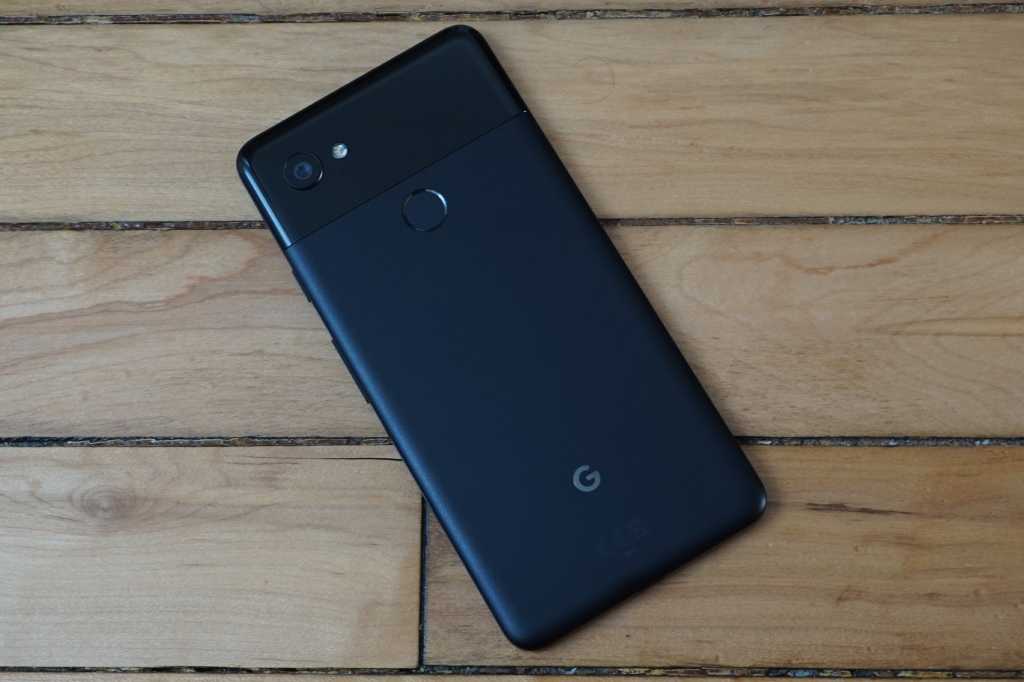 With the Pixel phones, Google aims to make a compelling smartphone experience, even if that means making some changes to Android. That’s why the version of Android 8.0 Oreo that ships on the Pixel 2 and 2 XL isn’t quite what you’ll find on other stock Android devices. Some of the coolest bonus features are hiding beneath the surface of Google’s latest phones, but we’ll tell you our favorites here.

Changing your wallpaper is something you probably do on a regular basis. Usually, that just gets you a new wallpaper as expected, but there’s a neat extra on the Pixel 2. The theming of the home screen and some system elements changes based on the color of your wallpaper.

Pick a dark-colored wallpaper, and your launcher will switch automatically to dark mode. This includes the app drawer, folders, power menu (restarting and powering off), and the quick settings. Anything with ligher colors (or live wallpapers) gets the standard light theme you’ve seen on other Oreo devices. You do need to choose a wallpaper that’s mostly dark or black to trigger the change, though.

In addition, the color of your wallpaper alters the tint used in certain areas of the UI. Try picking a wallpaper that’s mostly one color, and you’ll see a corresponding tinted shadow under the notification shade on the home screen, the lock screen, and when the power menu is displayed.

The default display calibration on this year’s Pixel phones has been contentious, to say the least. Google chose to use sRGB as the standard color profile, which is much more muted than the calibration on screens from Samsung, LG, OnePlus, and others. The original “vibrant” slider didn’t change the colors much, so Google pledged to offer more options.

Indeed, in the first major OTA update, Google has added additional color profiles to the Pixel 2. You can find these features in Settings > Display > Advanced > Colors. The default Natural setting is sRGB, but there’s also “Boosted” and “Saturated.” You can leave it on the natural setting if you want to keep the more realistic colors, but Saturated mode pops and generally looks nicer.

In Android 8.0, Google is taking battery life more seriously than ever. Background tasks are restricted, and the OS bugs you with a persistent notification whenever a background app is impacting your battery. That covers a lot of apps: VPNs, floating apps, and more will send up the “apps using battery” flag. The Pixel 2 lets you hide this notification in a few taps, which you can’t yet do on other phones.

The key is notification channels, which were added in Android 8.0. Channels allow you to control which types of notifications an app can push, cutting down the noise without completely silencing an app. The Android system process on the Pixel 2 has channels not available on other phones. One of them is, you guessed it, the background app notification. To get rid of it, simply long-press on the notification, and turn off the toggle that appears.

You can also open the app settings, find Android System, and check its notification settings. From there, you can disable the “Apps consuming battery” channel or just lower its importance so it doesn’t clutter the status bar.

There’s no headphone jack on the new Pixel phones, so you might spend more time than ever using Bluetooth devices. Just another thing to recharge, right? At least knowing when you need to recharge your Bluetooth devices is easier now. The Pixel 2 and 2 XL are the first Google phones to have integrated Bluetooth battery indicators.

There are two places you can see the battery level of your Bluetooth device. The most convenient is in the quick settings. Just tap the drop-down under the Bluetooth icon to see your full device list. Connected devices are at the top, and they should have a battery level reading.

Alternatively, open your settings and go to the Bluetooth menu. Your connected devices will be at the top of your list with the battery level shown.

The Pixel 2 and 2 XL have amazing cameras, and that’s thanks largely to Google’s almost magical HDR+ processing technology. You can make photos on your phone even more striking with “Enhanced HDR mode,” but it comes with a tradeoff.

To turn on this feature on, open the camera and open the settings. Under the Advanced submenu, there’s a toggle for HDR+ control. Enable that, and you can control which version of HDR is used when you snap a pic.

Back in the viewfinder, tap the HDR+ button and select HDR+ Enhanced for improved dynamic range. Regular HDR+ takes a single exposure and applies powerful computational edits to improve the final product. Enhanced mode works more like a traditional HDR photo: It takes multiple exposures and merges them together, giving the phone additional image data to process. Enhanced mode can take some amazing snapshots, but it’s slower than HDR+. That means it’s unlikely to work well on moving subjects.

Google’s “Now Playing” feature lets the Pixel 2 tell you whenever it hears a popular song, and it doesn’t even have to reach out to the Internet to do so. However, the phone doesn’t remember past songs. You can keep a running list by plugging into the IFTTT automation platform, though. Just install IFTTT from the Play Store, and create an account.

By enabling this applet, IFTTT can watch for a Now Playing notification and log its contents in a Google spreadsheet. As long as you make sure IFTTT has notification access (the app should prompt you), this applet runs automatically without any additional input from you. It’s a great way to keep track of the songs you come across.