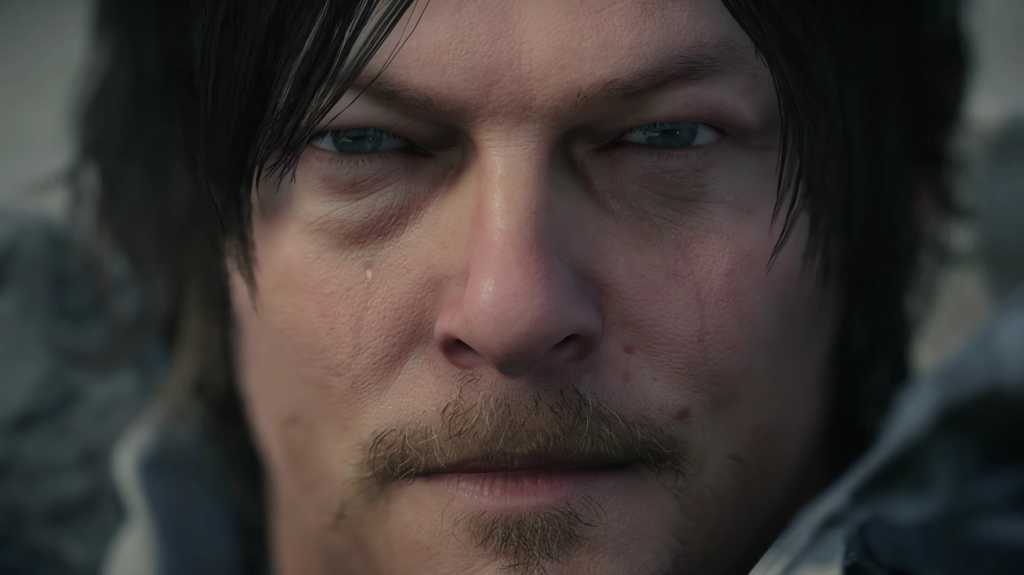 Ah, The Game Awards—like an E3 press conference that pulls double duty as an awards show. Now on its fourth year, Geoff Keighley and Co. descended on Los Angeles last night for another round of World Premiers, Exclusive Reveals, and even a couple of awards to hand out. Oh, also Josef Fares, director of Brothers: A Tale of Two Sons flipped off the camera, yelled about the Oscars, then talked smack about his publisher EA. And, fair warning, swore a lot.

So that was great. Probably the only video you really need to watch.

If you’re interested in trailers too though, we’ve gone ahead and snagged all the World Premiers your heart can handle—more Death Stranding nonsense, a Vacation Simulator from the Job Simulator team, a brief From Software tease, a Firewatch follow-up, Soul Calibur VI, Metro: Exodus, and more.

The Game Awards are known for dropping huge “World Premier” trailers, so of course the night opened with…uh…World War Z? A tie-in game for a four-year-old movie everyone hated? Or more likely another adaptation of the original book.

In any case…well, it’s certainly another zombie game. Apparently it’s four-player co-op which makes it pseudo-reminiscent of Left 4 Dead or Killing Floor but that’s basically all I can say at the moment.

OwlChemy, developer of Job Simulator—still one of the best VR games available—is back with a sequel of sorts, Vacation Simulator. Because hey, we could all use a vacation.

Only a single area makes an appearance in this trailer—a beach, complete with grill, fishing, and a computer wearing sunscreen. I’m excited to see what else makes an appearance though. Camping? Skiing? Some sort of faux-Europe? Any of those activities filtered through a faux-robotic future sounds like a good time to me.

From Software’s appearance was less teaser, more “Hey, we still exist.” But in case that was in doubt, there’s the briefest of brief glimpses of what’s maybe Bloodborne 2 or maybe something entirely new in this (did I mention brief?) video. With PlayStation Experience occurring this weekend in Los Angeles, it’s probably safe to say: Expect a longer reveal of some sort soon.

In the Valley of the Gods

The first “World Premier” of the main show (the previous three were technically the “pre-show”), In the Valley of the Gods is the new game from Campo Santo, the developers of Firewatch, and follows a pair of documentary filmmakers through 1920s Egypt. The trailer is beautiful but sparse on details, so I’m going to steal the Steam description for some context:

“You are Rashida, a disgraced former explorer and filmmaker given one last shot at the adventurous life you desperately miss. Somewhere, beyond the endless miles of dunes, ruins, and tombs lies an incredible archaeological discovery—but it can’t be found without the help of Zora, the former partner you vowed never to work with again.”

It sure does look pretty.

It’s been a while since the last proper Soul Calibur game—Soul Calibur V released for the PS3 and Xbox 360 back in 2012. That means Soul Calibur VI will be the first in the series on the latest console generation. Even bigger news: Like Tekken 7 earlier this year, Soul Calibur VI will come to PC. That Tekken 7 port’s been well-received on Steam, so I expect nothing less from this. Look for it sometime in 2018.

This one leaked a few hours before the Game Awards proper, but we’ll still count it as a “World Premier” I guess. Fade to Silence is a new survival game from THQ Nordic and Black Forest Games. From the Steam description:

“You explore a post-apocalyptic, frozen wasteland to gather the resources necessary to establish a refuge for survival. With dwindling resources, simple tasks like upgrading equipment and collecting materials quickly require an expedition to scavenge the necessary items. In the search for survival materials, players must navigate a vast territory, in which they will encounter Eldritch monsters and an even greater foe: the unrelenting winter.”

So uh…another survival game I guess. Another Early Access survival game for that matter—the game arrives on Steam on December 14.

Two years ago Kojima showed up to the Game Awards with a trailer featuring Norman Reedus, naked. Last year it was Guillermo Del Toro cradling a baby in a jar. This year it’s this pile of madness.

So yeah, a baby in a CamelBak, another baby (the same baby?) inside Norman Reedus’s stomach, people coming out of the quicksand—Death Stranding is already Kojima’s craziest game, and it’s not even out yet. Hell we haven’t even seen actual game footage yet and likely won’t for, what, another decade?

I forgot Media Molecule was working on something, to be honest. We haven’t seen anything from Dreams since I think E3 2015, so it’s been almost 2.5 years with no word.

Dreams looks wild, though. And by “Wild” I mean, it looks like a dozen different games in that one trailer. That’s not really a surprise, I guess—this is the same team that did LittleBigPlanet, and like LittleBigPlanet it relies on user-generated content. Even so, the breadth of art styles on display is pretty incredible.

Like From Software’s game, you can probably expect to see more of this at PSX over the weekend.

Playerunknown’s Battlegrounds has a new map. This time, a desert map. You can get a glimpse of it in the trailer below—a trailer, I might add, that conveys nothing about why people play PUBG. Hint: It’s not the motorcycle flips or the go-karts. It’s the part where you cower in the corner of a shed for half an hour with a shotgun pointed at the door.

But I guess that wouldn’t make for a very good trailer. Anyway, the desert map is live on the test server now if you want to download it from Steam and dive in.

I’ll be honest, I didn’t anticipate The Astronauts following up the contemplative Vanishing of Ethan Carter with a “dark fantasy shooter” titled Witchfire. I mean, sure, it’s a studio made up of People Can Fly veterans (Painkiller, Bulletstorm) but still.

Anyway, “dark fantasy shooter” is what we’re getting. The trailer doesn’t show much, but I will say: This game looks incredibly beautiful. Just look at all that foliage! The dust! If nothing else, Witchfire is set to continue Ethan Carter’s legacy of “Indie games that look as good as anything big-budget.” 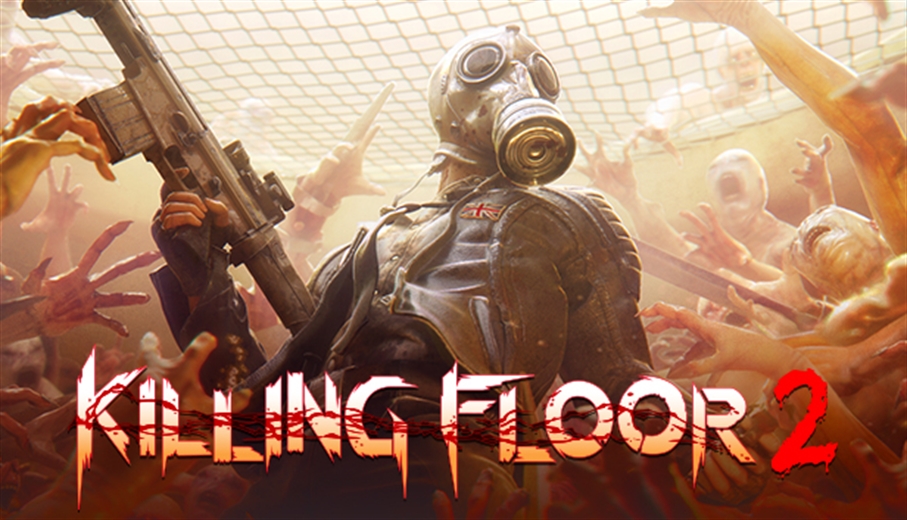 I’m not sure what to think of GTFO yet. On the one hand, there’s the awkward name and the sort of generic aesthetic (I seriously thought it was a Ubisoft game for a bit). On the other hand, it’s a co-op game from the designer of Payday. That’s a pretty big “other hand.”

Like World War Z though, GTFO’s main issue is being yet another co-op zombie game in the wake of Left 4 Dead, Killing Floor, and so on. The genre’s getting a bit stagnant, even if GTFO’s more realistic/tactical approach piques my interest. 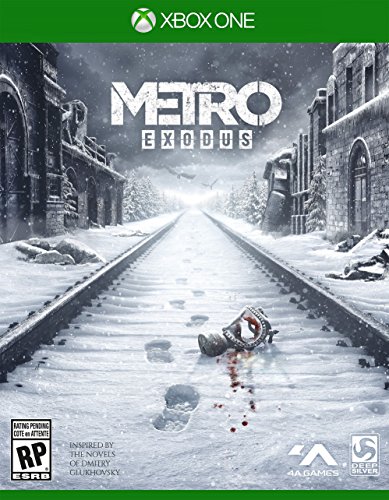 This last one wasn’t a world premier, but is probably my most-anticipated game of the night—Metro: Exodus. And not only did we get new footage, but we got an Autumn of 2018 release window too.

Biggest surprise here: There’s an actual train—like, say, a metro—in this trailer. Also lots of snow, gas masks, Geiger counter noises, nosalises, more snow, and so on. The biggest question in my mind after this trailer is whether Exodus is another straightforward corridor shooter like the last two Metros or a more ambitious, S.T.A.L.K.E.R. type of world. Looking forward to finding out.