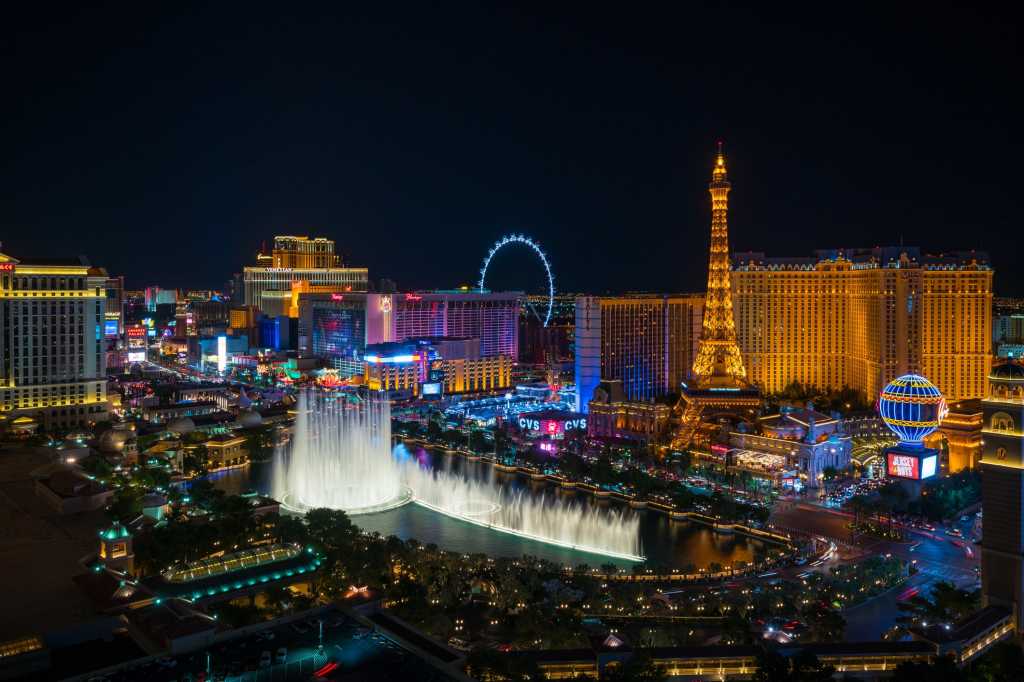 CES 2018 is winding down, and we finally have a chance to pause and reflect on what we saw that was actually great. Products that advanced their category, or broke new ground. Things that leaped ahead of the competition, Or maybe they just looked cool.

It’s easy to hit saturation at CES, but these are the products we’re still talking about when everything else has blurred together. We start with the product that was so innovative, two of us raved about it.

Hands down, this was the best demo of CES—and it’s the product I’m most looking forward to reviewing this year. Creative’s DSP chip and software analyzes how your ears perceive sound, based on photos of each of your ears and your face. It then synthesizes this data with information about the headphones you indicate you’re using and the acoustics of the room you wish to emulate,  and builds a custom audio model for processing the sound passing through the chip.

The results simply must be heard to be believed. In my demo, I could barely tell the difference between Dolby Atmos demo tracks and movie soundtracks played through a conventional high-end home theater system and a pair of headphones, even though the headphones had just two drivers. The device also made straightforward stereo music tracks sound magical, as if you were in the room with the musicians playing live. Creative told me Super X-Fi will be available later this year in several form factors, including a $150 USB dongle that you’ll use with your own headphones. —Michael Brown

As an audio engineer I readily claim that most ‘virtual’ surround sound applications are junk—until now. Creative Labs’ Super X-Fi blew me away. The company’s technology makes a stereo headset sound like a surround sound speaker set up in the room with you. This is an important technology used by professional applications, made into an easy-to-use consumer product. This demo stole the show for me, and had my colleagues floored as well! —Adam Patrick Murray

Though its launch was overshadowed by Spectre/Meltdown security questions, Intel’s Kaby Lake G was no less exciting. The new CPU that combines an AMD Vega M GPU and an 8th-gen quad-core Core i5 or Core i7 promises to deliver more performance in slimmer laptops.

Thus far, we’ve only seen two: HP’s Spectre x360 15t and Dell’s new XPS 15 2-in-1. Both laptops basically promise to give you the graphics performance of a laptop that would likely have been likely twice as thick before. —Gordon Mah Ung

We’re suckers for squeezing performance into tiny boxes, but Digital Storm’s Project Spark is truly something to see. Not only does it get a 6-core Core i7 and GeForce GTX 1080 into a machine smaller than a tissue box, but it does it with custom liquid cooling too.

Digital Storm does it all by building a custom chassis using a MicroSTX motherboard and an MXM module. It all adds up to a lot of performance in a stunningly tiny PC. —Gordon Mah Ung

Wheels seem like such a little thing, but in this case it shows the attention to detail on Acer’s Predator Orion 9000 gaming desktop. They nestle discreetly in the lower rear corner, so your rig won’t look like a kiddie wagon when you lift up a bit on one of the dual handles atop the PC and roll the entire rig into your next LAN party.

With the Predator Orion 9000, Acer is hoping to solidify its place in the burgeoning gaming PC sector. It’s hard to follow an act like CES 2017’s over-the-top Predator 21 X laptop, but this desktop offers a similar level of care.

It includes five fans: two on the top, two in front, and one more to help cool the available dual GeForce GTX 1080 Ti cards in SLI. The power supply has a slick Predator-branded cover and its own ventilation. There’s a neat hanger for your headset that pops out of the front panel. Clearly the company knows how to make a nice, thoughtfully designed rig. —Melissa Riofrio

The concept for Nvidia’s BFGD must have been stupidly easy: Just make one big giant monitor. The result is the Big Format Gaming Display (BFGD).

Note that the BFGD is not, repeat, not a TV, as it has no tuner. Instead, it’s the display we might all want if we were designing our next nerd-cave. If you’re saying a $499 Costco special large display would be “just as good,” that’s probably not true. Although no specs were released, the BFGD promises to be optimized for lower latency than you can get on a TV, as well as 120Hz G-Sync. Oh, and they’re HDR too.

The big questions are how much, and when. We don’t know, but Nvidia said Asus, Acer and HP have plans to offer the BFGD. —Gordon Mah Ung

Razer loves to show off something wacky at every CES. While this year the surprise was a bit more subdued, I thought it was still an awesome prototype. I’m talking about Project Linda, which is essentially a laptop dock for the Razer Phone.

At first glance Project Linda looks like a Razer Blade Stealth sans trackpad and any sort of processing but that’s where the Phone comes into play. While using a phone as the brains of a laptop/desktop isn’t a new idea, I haven’t seen a more elegant solution than Project Linda’s, where the phone becomes the trackpad, tucking neatly into the laptop’s profile rather than sitting in some dock.

Even though most Razer prototypes never make it into peoples hands, Project Linda felt pretty far along. I wouldn’t be surprised if we saw a final version before summer. —Adam Patrick Murray

It’s the little things in life that mean the most sometimes, and nothing proves that more than the Asus Bezel-Free Kit, an entirely low-tech solution to a high-tech problem. Problem: Bezels when running a triple-monitor setup. Solution: plastic lenses and bezels to bend light around those bothersome borders.

Is it perfect? No, and it won’t magically turn three cheap panels into a pricey super-wide monitor, either. But it does work surprisingly well. Asus didn’t announce a price, but it’s expected to be well under $100 when released. —Gordon Mah Ung

Milo is a $150 Google Assistant smart speaker with a built-in smart-home hub and all the wireless tech one could hope for, including Wi-Fi, Bluetooth, ZigBee, and Z-Wave Plus. It can do everything a Google Home can do, plus it can control all your smart home devices, eliminating the need to buy something like a separate SmartThings or Wink hub

Milo has a glass touch-screen that you can tap and slide your fingers across to play music and control the on-board amplifier’s volume. You can also use this surface to summon lighting scenes and perform other commands if you won’t wish to use voice.

Hogar will offer a second device called Pebble that offers the same touch controls as Milo, but it doesn’t have mics or a speaker. It operates on battery power, so you can easily move it from room to room. Pebble will cost $50. Both it and Milo are expected to be available before the end of the second quarter. —Michael Brown

Amazon humiliated Google at last year’s CES. Its Echo smart speakers and Alexa digital assistant were everywhere on the show floor and on everyone’s lips. It was almost as if the world had already forgotten about Google Assistant and Google Home.

I wouldn’t say Google turned the tables this year, but the company has clearly become much more serious about the smart home. Smart devices powered by Google Assistant, including a whole new class of smart speakers with touchscreen displays, were everywhere.

Google representatives, meanwhile, uniformly dressed in white coveralls and wearing knit ski caps, were stationed in dozens of companies’ booths ready to explain how Google Assistant was being used in various products. This battle is far from won. —Michael Brown

In a world of malware, hacking and botnets, most smart home devices represent a huge vulnerability on your network, so it’s great to see D-Link’s AC2600 WiFi router.

It includes a firewall from McAfee that can stop unauthorized access to devices on your network, alert you to hacking attempts or peculiar Internet traffic from gadgets. It will also scan your network to notify you of insecurities and for parents, there’s also a filtering system that can block websites and restrict web time.

And best of all, you’re not locked into an expensive subscription. Included in the router’s $250 price is 5 years of updates for the router’s security software plus two years of McAfee protection for an unlimited number of PCs, phones and tablets. —Martyn Williams