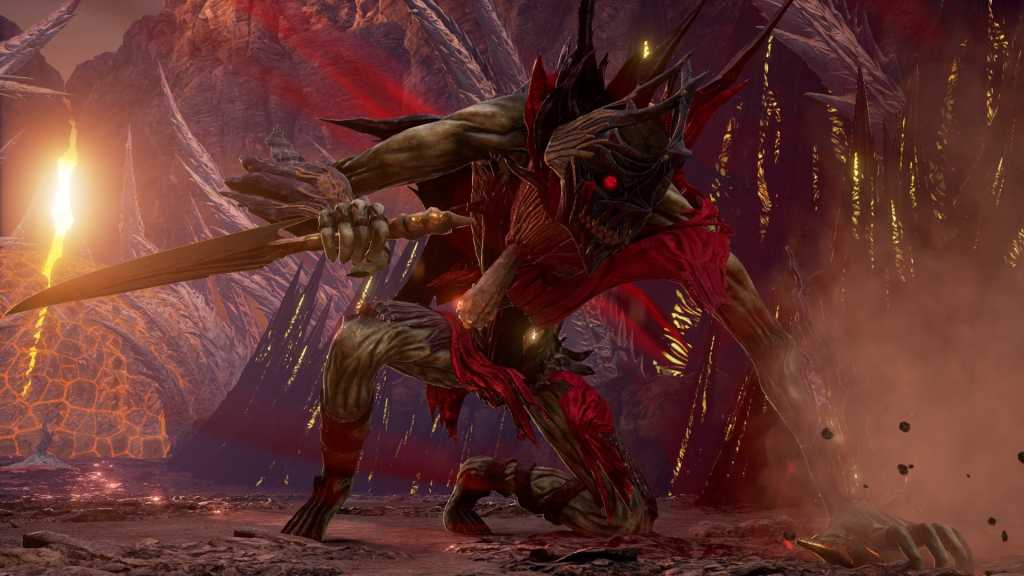 There are many Dark Souls wannabes, but only one tricked me into thinking it was Dark Souls at first. Bandai Namco initially promoted Code Vein with a “Prepare to dine” tagline, which got everyone’s hopes up before it was revealed that no, this wasn’t actually a Souls game. Or at least not a Souls game proper.

Code Vein ($60 preorder on Amazon) still pretty Souls-esque though, so perhaps that “Prepare to dine” tagline wasn’t too deceptive. It’s sort of like Dark Souls combined with a vampire-themed anime, of all things. I went hands-on with the game for the first time this week, and remain about as confused as ever. Read on for my initial impressions.

I’ll start by saying: It’s less anime than I thought. Previous trailers made Code Vein look very anime, and there are certainly elements of that school of design here—you can wield a sword twice your height, and the silvery-hair-plus-flowing-red-cape-coat look of the default main character is certainly evocative of a certain style. Also, the game has an interesting cel shading-type effect that makes it occasionally look pseudo-hand drawn.

But only occasionally, and that’s essentially the problem I had throughout my Code Vein demo. Sometimes it has a strong sense of style, characters especially, and at those times I found myself intrigued—I’m definitely down for a Souls-style game with a unique wrapper, as evidenced by my fondness for 2017’s Nioh. Other times Code Vein dips into the generic though, with stretches of winding stone caverns or bland industrial hallways that seem lifted from another game entirely.

Not that I have a great idea yet what Code Vein is about. That’s actually the hardest part of previewing it; there’s a ton of backstory I’m not privy to, since we were dropped into the middle of the action. I’m a bit disappointed so far though that Code Vein isn’t more over-the-top stylistically. I wanted Asura’s Wrath or Ninja Theory’s DmC reboot and instead it hews much more closely to the forlorn grittiness of Dark Souls, it seems.

Like always: Short demo, subject to change. But those are my initial impressions.

Mechanics are easier to speak to. There are a few interesting ideas I think are worth highlighting.

First off, you have a companion. Not a human companion, but an AI one that follows you through the game and fights alongside you. This opens up some interesting avenues. For instance, demo-companion Mia can pull away an enemy’s focus during combat, allowing you to take a short breather, get off a spell, or what-have-you. This can be especially helpful during boss encounters, opening the enemy up to a backstab or a few heavy attacks, risk-free.

And even better, Mia can revive you if you’re defeated but she’s still fighting. That’s huge, allowing you take more risks than other games of this type, and also making encounters a bit more forgiving—though it’s far from foolproof. Mia’s health is reduced each time you’re revived, and if she dies and you don’t revive her she’s gone until you reach the next save point.

It’s an interesting twist on the Escort Mission idea, and one that might actually be enjoyable. There are some kinks at the moment though. Mia’s a bit overzealous at times when it comes to engaging enemies, for instance, which led to me being embroiled in a few battles I’d planned to sneak past. Hopefully that’s solved before release so Mia doesn’t get me in over my head.

The other feature I found interesting was spell-casting, known as “Gifts” in Code Vein. Speaking to a developer after my demo, there’s apparently a lore reason for each of the gifts and so-on-and-so-forth, but they’re pretty obvious for the most part—like a fireball. It…is fiery. Some of the Gifts have more imaginative designs though, and I became particularly fond of one low-cost attack that’s probably the magical equivalent of shooting a single arrow into an enemy. It does almost zero damage, but it does instantly alert that enemy, pulling them away from a group where it can be dealt with safely.

There’s also a pretty decent system for managing Gifts. Each spell costs a certain amount of Ichor, and in the demo we had ten to spend. The arrow spell was a single Ichor, while more devastating attacks might cost four or six per cast. Code Vein gives you a way to recover Ichor on the fly though. Charging up your alternate attack lets you drain Ichor from enemies, which is time-consuming and dangerous in the midst of battle—a good risk/reward balance. Perfect parries also open enemies to a quicker and more rewarding drain move, which rewards higher-level play.

Some smart ideas, as I said. Performing perfect parries and perfect rolls (or taking damage) will also put you into Focus Mode eventually. Focus lets you temporarily take a more aggressive stance, and also allows you to launch enemies into the air. Now that’s the over-the-top action I expected. 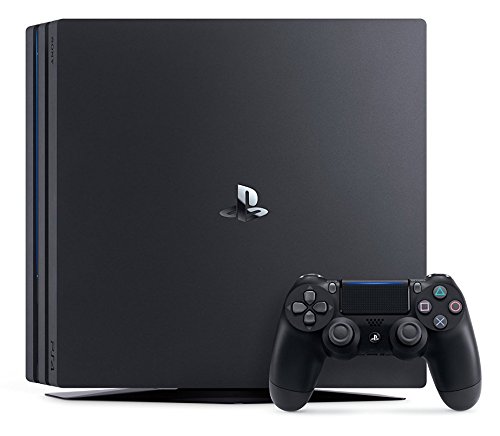 But there are still some aspects that need polishing before launch. Most egregious is that Code Vein kicked me to a lengthy loading screen whenever I died and reset to a bonfire. We were playing on a PlayStation 4 Pro ($400 on Amazon), so that will no doubt be minimized on PC, but it was still a drag and broke up the pacing.

Combat also needs a few passes, I think. Everything feels slow which is not what I expected from, you know, anime Dark Souls. And while that’s not problematic in and of itself, some of it feels clumsily slow. Controls need to be tightened up. Hit boxes too, for that matter. I noticed a few swings (both mine and my opponents’) that looked like they should’ve connected but didn’t because of awkward positioning or uneven terrain or whatever. It feels unfair, whether you’re on the giving or receiving end.

Enemies are also woefully stupid, and while that’s par for the course with this type of game Code Vein takes it to weird extremes. There were times I’d run straight towards an enemy and get two or three hits in before it’d even react, which doesn’t feel very threatening. Everything I fought with the exception of the boss was also universally susceptible to the ol’ “Get close and roll past them” tactic. I’m hoping the final release forces me to engage a bit more with Code Vein’s unique systems, like Gifts and launches, because right now I could play it much like I play any Souls-alike. 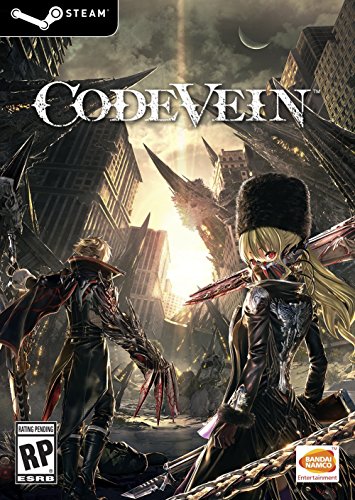 It’s interesting, though. I think Code Vein has a bit of an identity crisis, trying to appeal to Dark Souls fans while also keeping that anime aesthetic, and the result’s a bit muddled—not really enough of either to give it a strong identity. Some of the mechanical changes are creative though, which is what the genre needs more than anything at this point. Nioh won people over by being unrelentingly fast. Code Vein seems like it could make similar waves with its companion system.

That’s assuming the core of the game is tightened up, of course, and that’s my biggest concern at the moment. We’re well past the point where a flawed Dark Souls clone (see: Lords of the Fallen) can ride coattails just because there aren’t enough options. So far Code Vein plays fine, but needs that extra pass to stand out in an increasingly crowded genre.