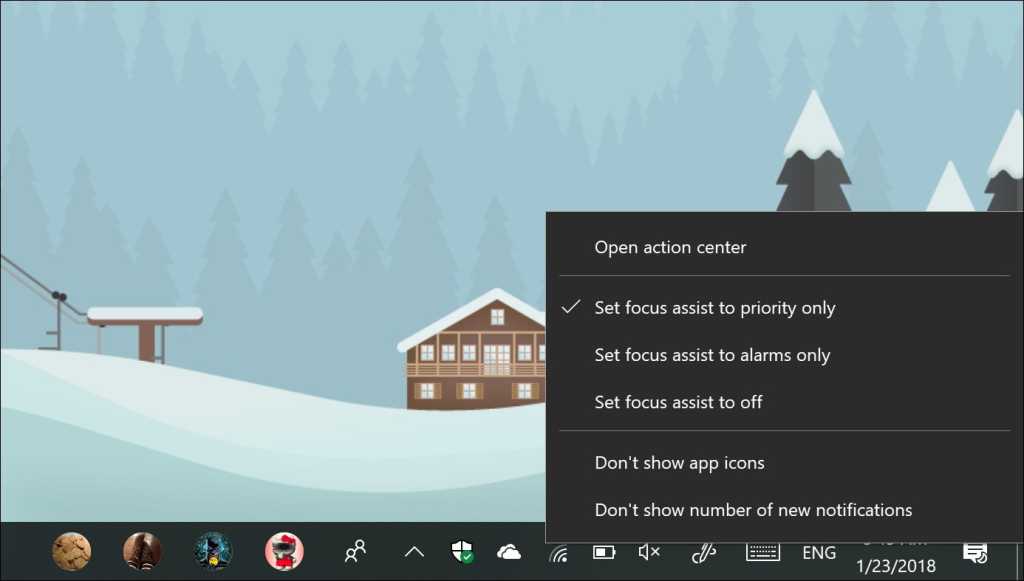 Microsoft appears to be gearing up for the next big Windows 10 update, after releasing Windows 10 Insider Build 17083 on Wednesday. Codenamed ‘Redstone 4,’ the next release is expected in the spring.

Microsoft has made several tweaks to the operating system with this build, including a revamp of font management and how a user’s history is treated within the “Timeline” feature. Conspicuously absent is the ”Sets” feature, an intriguing tabbed UI that essentially replaces separate windows with a browser-like interface. Microsoft had warned previously that Sets would take months to deploy—a final release is expected at the end of 2018, or even later—so the removal of Sets was planned.

“If you have been testing Sets, you will no longer see it – however, Sets will return soon in a post-RS4 [Redstone 4] flight!” Dona Sarkar, the software engineer who oversees the Windows Insider program, wrote in a blog post.

What’s most interesting, though, is that Microsoft is signalling that it’s preparing to finalize Redstone 4. The company has said previously that it planned major updates to Windows 10 and Office in both March and September. Some speculation suggested that Microsoft might push the release out to early April. A March window allows the company a month or two for fixing bugs, which sounds about right.

What this means for you: Redstone 4 could be a mellow release, if its lack of flashy rollouts or multiple developer sessions is any indication. This may mean that useful but somewhat understated features like “Timeline” may be the showcase additions, along with general polishing and under-the-hood improvements. Here are the six key changes to expect based on what we see in Windows 10 Insider build 17083:

If you’re a graphic designer, fonts may be your stock in trade. For others, you may not have thought about what font to use in literally years. Microsoft has now added a specific Settings menu for controlling fonts, with a preview of each font family and how each one will look. If a font has any additional controls attached to it, such as the ability to adjust the width of a variable font like Bahnscrift, those controls will appear there, too.

Perhaps more importantly, you will be able to find fonts in the Store, similar to the way you can find and download new Themes for personalizing your Windows desktop. Microsoft says there are currently just a few curated fonts available, but more will be arriving soon.

Microsoft’s new Timeline feature was often thought of as going hand-in-hand with Sets, but Timeline will go it alone as one of the core features of Redstone 4. Now, Microsoft is apparently concerned that there will be too much information in Timeline, as it is allowing users to delete information on a day-by-day or hour-by-hour basis.

A new setting allows you to sync your activities to the cloud for what Microsoft promises will be a seamless cross-device experience.

Microsoft has taken an excellent name—Quiet Hours—and replaced it with a bland attempt at bringing what it does in line with the workplace. Focus Assist basically turns off notifications and alerts when you need to remain undisturbed, such as during a presentation. Now, there are three tiers to Focus Assist: where only priority notifications will get through, where only alarms will interrupt you, as well as a simple “off” switch. You’ll be able to turn them on and off by right-clicking the Action Center notification panel.

Microsoft correctly points out that setting up Windows Hello, even on a PC that supports it, required diving down deep into the settings, adding a PIN, then configuring Hello. Now, you can begin Hello setup right from the sign-in screen.

5. Scrollbars can be toggled to “always on” in UWP apps

Frustrated by the fact that UWP apps hide scrollbars for a fresh, clean, look? No longer. Within Settings > Ease of Access > Display, you can toggle the scrollbars on and off, so they always remain visible.

Microsoft revealed separately that it plans to adjust privacy settings within Windows 10, giving you the ability to delete individual search results, as well as adjust the Privacy Dashboard that shows how much data Microsoft stores.

Separately, Microsoft also said that it will restrict a UWP app’s access to Documents, Videos, or Pictures folders without your consent. If an app wants to look through your photos, it will have to ask. You can also go to the Settings > Privacy page and manage folder access yourself.