There’s a story I tell, when people ask why I love The Elder Scrolls III: Morrowind. It’s not very eventful. Basically, I found a shield. But it’s how I found that shield that came to define my love for Morrowind.

I was walking through a barren wasteland, a place I’d visited probably a dozen times, but this time I took a different route—only to find an unassuming door built into a rock formation. Inside? A tomb, and at the end of it, mounted high on the wall where you might think it was just part of the scenery, was Eleidon’s Ward—the best shield in Morrowind. No quest sent me after it, no villager told me I needed to hunt it down. I found it. Me.

As I said, not a very eventful story. But it gets at the heart of what made Morrowind special, which was this sense you were exploring a world. Actually exploring. And it’s a story I’ve thought about a lot lately, as I played through The Legend of Zelda: Breath of the Wild—the first game in almost fifteen years where I had that same feeling.

To be honest, I don’t think Breath of the Wild ($60 on Amazon) is quite as successful as Morrowind. What made Morrowind special (at least to me) was you never knew what you were going to get. Eleidon’s Ward is just one of many hidden artifacts on the island of Morrowind. Tower with an impossibly high ceiling? Yeah, there’s a dungeon up there. Grotto underneath Ebonheart? Take some excellent armor off a deserter. Cave full of bugs? Daedric dai-katana hidden behind a suspicious wall. Crab on a deserted island? Yeah, you can talk to it.

In Breath of the Wild, every bit of exploration pretty much leads to another Shrine, with another short puzzle to overcome and another Spirit Orb obtainable afterward. Get four Spirit Orbs, you can increase your stamina or life meter. It’s a solid feedback loop, but not as intrinsically motivating as Morrowind’s exotic rewards. After the first few hours in The Legend of Zelda: Breath of the Wild, I stopped thinking “I wonder what’s in here” after stumbling on a Shrine.

Breath of the Wild is a Switch exclusive 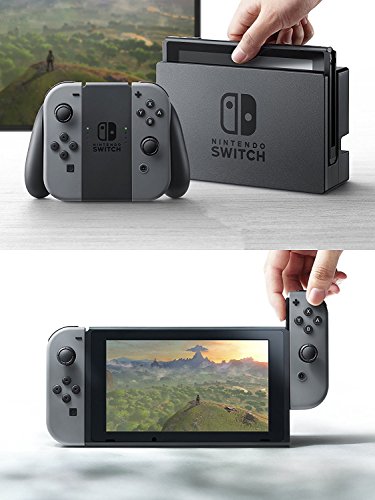 Even so, it’s a game that clearly understands the appeal of discovery. Fly over a forest and you might miss the crumbling temple hidden beneath the treetops, for instance. Or it can be even weirder, like looking at the map and realizing an innocent rock formation is actually shaped like a crab. Suddenly that location is memorable. There’s a story implied, but never touched upon.

These moments echo the best environmental storytelling in BioShock, Deus Ex, and other games with a show-don’t-tell mentality, except writ large. BioShock uses those small discoveries to make the world feel more realistic. In Breath of the Wild, those discoveries are the world. That is the game.

Showing off Breath of the Wild on Jimmy Fallon prior to release, Nintendo’s Reggie Fils-Aimé said “Anywhere that you see, you can get to.” And the internet groaned, because of course you could. That’s what open-world games have done for over a decade now, made only the more obvious because it echoed Todd Howard’s infamous “See that mountain? You can climb it,” soundbite for Elder Scrolls V.

But what Fils-Aimé should’ve said is “Anywhere that you see, it’s probably worth exploring.” That’s the real draw. Not the going there, but the idea any location, any moment, might surprise you. That’s what’s been missing.

The way people have reacted to Breath of the Wild proves its appeal. “Sure, the brittle weapons are annoying. Sure, the rain sucks. Sure, the Shrines aren’t a great replacement for the classic Zelda dungeon.” And yet those issues seem less important once you’ve climbed to the top of a mountain and spotted an interesting ruin in the distance. Somebody placed that ruin there for you to find, probably counted on you climbing this mountain and spotting it, but it still feels like your ruin. For a second, you can convince yourself you’re the only person to have done this.

Just like Morrowind. And Morrowind came with caveats back in the day too. Bethesda’s games have a reputation for bugs, but those who played Morrowind on the original Xbox know modern Elder Scrolls games are a utopia by comparison. I distinctly remember reading an article in EGM circa 2003 talking about how the author had dozens of problems with the game—and yet couldn’t stop playing it. That same feeling of not knowing what was around the next corner carried people through.

Hell, Morrowind didn’t even have quest markers. It’s notorious for having characters tell you, in detail, how to get to a cave or a ruin or whatever. “Turn left at the weird rock, then walk until you see the burned tree.” Some quest givers, intentionally or not, would give you the wrong directions, leading you to abandon a mission until dozens of hours later you accidentally stumbled into the right cave.

You can certainly see why that style of design was abandoned, post-Morrowind. Those hand-crafted directions are infinitely more prone to failure than quest markers, and while some people (myself included) found them charming even the most die-hard fans would probably admit it was frustrating.

And so you get The Elder Scrolls IV: Oblivion, with a magic compass that leads you straight to every dungeon and tomb and point of interest. Cynics would say it was “dumbed down” for a broader audience, made “more accessible.” Sure—but I also think Bethesda genuinely thought Oblivion marked a step forward in designing open worlds. The compass seemed novel at the time.

It’s only later, looking back, you truly appreciate what we lost, especially as Oblivion then became the template the majority of modern open-world games copied. They’re games of icons, of cartography. Games afraid to let you miss all the content they have to offer.

Some games found a decent middle-ground—Fallout 3, The Witcher 3, Assassin’s Creed: Origins, and others use placeholder icons for points of interest until you discover what’s there. But even these don’t force you to engage with the world on the same level as Morrowind and Breath of the Wild. Scenery is just scenery, even in a game as incredible as The Witcher 3, free to be ignored until you’ve reached the next question mark on the map.

Let people explore! Let people get lost! Let the world be a character, not just filler.

Do I think it’ll change? Will The Legend of Zelda: Breath of the Wild influence open-world games going forward in a way Morrowind didn’t? I don’t know. Assassin’s Creed: Origins is encouraging. As I said, Ubisoft adopted a Witcher 3-esque system where points of interest are still marked on the map, but you don’t know what they represent until you’ve arrived. This at least indicates a shift from “The reward is the important part” to “Discovery is the reward,” and in one of the year’s biggest open-world games. That’s a step in the right direction.

Divinity: Original Sin II is also an excellent example of a recent game with Morrowind-style ideas. It has quest markers, but only for some quests and locations, and only when it makes sense to have them. The world is also littered with dozens of smaller discoveries off the beaten path, secrets that are sometimes on par with Eleidon’s Ward. And like Breath of the Wild, Original Sin II is one of last year’s most critically acclaimed games.

The Legend of Zelda: Breath of the Wild 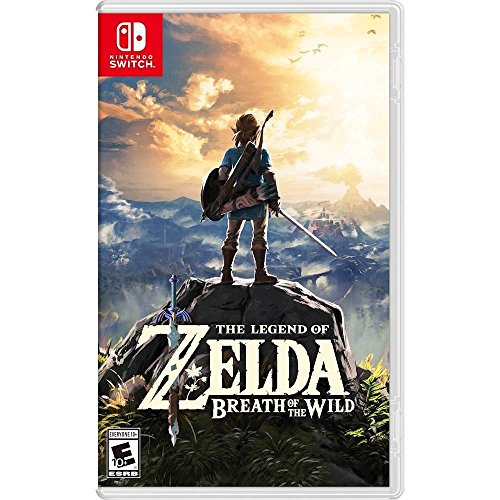 So maybe. Maybe we’ll get there. In any case, The Legend of Zelda: Breath of the Wild’s success proves there’s an appetite for Morrowind-style RPGs whether people played Morrowind or not. And that’s a relief, because it’s become increasingly hard to convey why Morrowind has such a cult following. It’s hard to go back, even with the rose-tinted glasses of nostalgia. For newcomers, Morrowind is nearly impenetrable.

Now we can point to Breath of the Wild though. Same feeling, without fifteen years of baggage. Perhaps this time, it’ll stick.