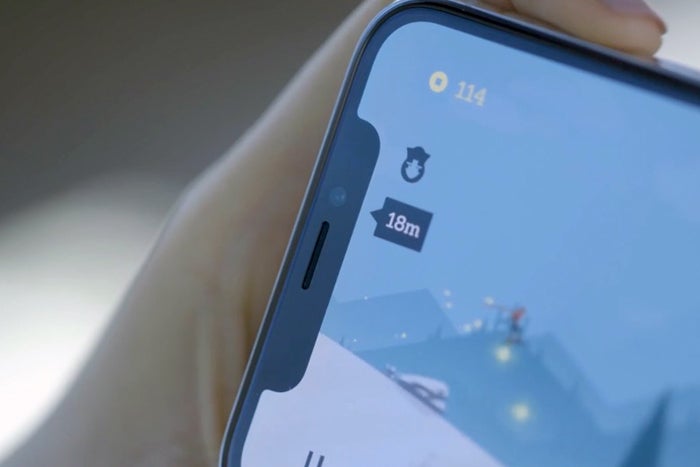 Bloomberg’s Mark Gurman reports that one of the areas of focus in Android P will be visual changes and enhancements to the OS design, including support for a camera notch at the top of the screen. Apple’s iPhone X made such a notch famous, propelling Apple to record profits in the holiday quarter, though the first major smartphone to sport a camera notch is Andy Rubin’s Essential Phone.

While support for notched screens is hardly confirmation that Google is working on a more iPhone-like Pixel, it does raise the possibility. Ahead of the release of the Pixel 2 XL, which included an 18:9 screen, Google began to encourage developers to update their apps “to take advantage of the larger aspect ratio on new Android flagship devices.” Marshmallow’s Google Now on Tap paved the way for Google Assistant, a feature that debuted on the original Pixel phone.

A new look for Android

Gurman’s sources claim there will be a “dramatic redesign” of the OS with Android P. Android hasn’t seen any major changes since Material Design was introduced in Android 5.0 Lollipop, so a new look for the home screen is arguably overdue.

Bloomberg’s Gurman also says Google Assistant will assume a greater role in Android P, integrating more tightly with apps and the OS to help it stay ahead of rivals Alexa and Siri. “Developers will be able to integrate Google’s voice-based technology inside of their apps,” Gurman reports. “The company has also weighed integrating the search bar on the Android home screen with its assistant, although neither of these changes are finalized for introduction this year, according to one of the people familiar with the situation.”

Given that most phones have to wait to receive new Android updates, the “P” in Android P will essentially stand for Pixel. The last of Google’s Nexus phones lost their OS support late last year, so the three Pixel phones will be the only handsets able to install the new OS out of the gate.

But the meatiest rumor here is support for the notch. While it’s all but been confirmed that Samsung is sticking with a similar slim-bezel design for the upcoming Galaxy S9, late-in-the-year flagships could turn to the camera notch to build a bit of buzz around their releases. The notch also opens the door to adding more features akin to Apple’s Animoji and Face ID.

Essential Phone is currently the only Android phone that includes a camera notch, and its pioneering status is quite evident. In some apps, words and images are truncated when the status bar fades away, due to a lack of support at the OS level. A proper API would help that sort of issues and ensure that future notched phones render text and images properly. With iPhone X, Apple designed iOS 11 and the status bar to take specific advantage of the “horns” around the notch and encouraged developers to do the same with a specific set of interface guidelines.

And then there’s AR. Late last year, Google killed its Project Tango AR initiative in favor of the more universal ARCore, which lets a wider variety of phones support augmented reality. Google’s own Pixel phone already has some AR goodies built into the camera with Star Wars stickers and Lens. A next-generation camera would up the ante even further for “immersive” flagship phones like the Pixel. As VR struggles to gain widespread adoption, AR could be the thing that propels the Pixel phones into the mainstream, along with facial mapping and locked-down facial recognition.

With the Pixel 2, Google brought further separation between the small and XL phones, putting a 6-inch, 18:9 display in the larger model (versus a 5-inch, 16:9 one in the smaller Pixel), and embracing the curved screen edges found in the Galaxy S8+ and LG V30. It wouldn’t be a surprise for Google to further distinguish between the two models with a notched design and an enhanced front camera.