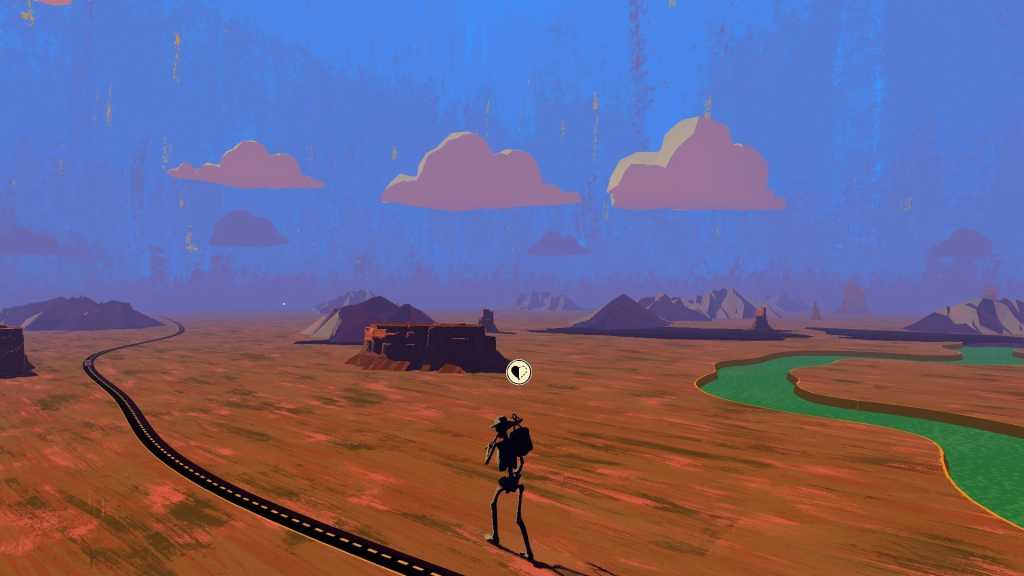 Where the Water Tastes Like Wine’s slow pace may grate on some, but those who can acclimatize are in for a fascinating deconstruction of America, as seen through the myths, folklore, and scraps of history we tell each other.

Best Prices Today: Where the Water Tastes Like Wine

The sun beats down as I walk up California State Route 1, the Pacific Coast Highway. I crossed the entire country to be here, on foot—first down from New England, down to Florida, then across through the Southern states into Texas, New Mexico, Arizona, and then finally through the Mojave Desert to Los Angeles, where I turned north again.

It’s been a long walk, always headed towards some new horizon. What’s that idiom? “Americans think 100 years is a long time, while the English think 100 miles is a long way.” Well I’ve walked a few thousand miles, all in search of stories.

Stories of hope, loss, love, betrayal, ghosts and other ghoulish things. I’ve met Paul Bunyan and Casey Jones, conversed with ghosts at the Alamo and in the woods around Georgia, been attacked by a bear and a bull, seen the Jersey Devil drinking water from a bright blue pond, met a woman who faked her own death, worked in the fields until my hands bled, stumbled back in time in Washington DC, and a hundred other anecdotes.

America is a complicated place. But that’s the attraction, as far as Where the Water Tastes Like Wine is concerned.

America, I’ve given you all

“Isn’t a dingy and battered truth better than a shining lie?” It’s one of the first lines you’ll hear in Where the Water Tastes Like Wine ($20 on Steam) and maybe the most important—it encapsulates the whole journey you’re about to undertake, and the grandiose ethos behind this brilliant deconstruction of the American mythos.

This is an anthology. That’s about the best genre I can slap on Where the Water Tastes Like Wine (hereafter abbreviated WTWTLW) despite there not really being an “anthology” classification for video games.

If we want to get technical about it, WTWTLW is probably a work of interactive fiction—it’s mostly a lot of reading, with some light interactivity baked in. But it’s interactive fiction presented unlike any I’ve seen before. You play as some sort of wandering avatar for America, a 100-foot tall skeleton wearing a cowboy hat. It’s evocative, for sure, this specter of death trudging through the golden fields of the Great Plains or past the towering Sierras, always restless, always searching.

It’s your fate to wander. Your obligation, really. The opening moments see you gamble your life in a game of poker, which—oops—turns out to involve an otherworldly figure known as “The Wolf.” Yes, it’s a wolf-man. A wolf-man with the voice of Sting, I might add. Anyway, The Wolf condemns you to wander America collecting stories, then retelling them, watching them spread through the land, grow and multiply.

And so off you go, the last of the folk heroes. You’re off to, as Paul Simon might put it, “look for America.” You’ll look for it in farmhouses, in remote cabins, in cities big and small that dot the game’s recreation of America. Walking sloooowly from place to place is fully half the game, and the pace is bound to alienate some. I enjoyed it, though. It’s meditative.

Everywhere you go, you’ll collect stories. Buildings with an icon overhead indicate a story awaits. These are short, usually no more than a paragraph or two although a few stretch on longer. Each has custom art to go along with the text, a la Scary Stories to Tell in the Dark and other short story collections. Stories are also fully voiced, narrated by Keythe Farley (who you might recognize from Thane in Mass Effect, among other roles).

Some are straightforward, while others ask you to make Choose-Your-Own-Adventure style decisions during the course of the story. For instance, when you meet Paul Bunyan in the backwoods of Oregon you’re given the option to try and chop down a tree faster than he can. You can’t, obviously, but the game lets you choose to keep going, and eventually the other lumberjacks will applaud your determination even if Bunyan chopped down twenty trees in the time it took you to do one.

But what’s most remarkable is the range of stories on display. As I said, WTWTLW is an anthology—quite literally. WTWTLW was written by a lot of people, and the game is happy to highlight this. In the course of playing, you’ll see the names of at least a dozen different authors, and I think even more contributed to the game in smaller ways. It’s a collage of viewpoints, of unique voices and ideologies.

The result is a delightfully messy game that’s every bit the “dingy and battered truth.” Or if you’d prefer a less loaded phrase, complicated. The stories you collect pull from so many facets of American life, so many regions (walking across America isn’t just for show) and so many time periods. WTWTLW is mostly modeled after the Great Depression era, both thematically and stylistically, but one minute you’ll be talking to a soldier at the Alamo, the next listening to a woman talk about following the Grateful Dead on the road.

It’s Americana, in all its facets. A pastiche. There are figures from folklore, like Bunyan and Casey Jones. There are mythical creatures, like the Jersey Devil and the jackalope. There are stories of wars and the soldiers that fought in them, stories of American landmarks, stories of hippies and railroad workers and slaves and plantation owners and 1920s businessmen and civil rights activists and students and migrant workers and all the myriad groupings of people that have existed in this tumultuous, complicated country and its short past.

So you collect these stories. You weave them together. You search for the truth, for a “real” America.

That’s only half the equation, though. Like any oral history, the truth is in the telling. As you travel, you’ll eventually come across other wanderers—a priest, a sailor, a hippie, a veteran, a young kid off on his own.

The catch: They’ll only tell their stories in return for one of your own. You’ll piece together their lives from scraps of conversation. Telling a hopeful story might prompt a Deadhead to tell you how everyone seemed like one big family at the start, while giving her a tragedy might lead to the reasons why she eventually dropped out of the scene.

You can pick and choose at random, but to get characters to trust you requires a more skilled hand. They might ask for a thrilling story, or a sad story, and it’s in your best interest to match their mood. Do so, and the next time you stumble on a person’s camp they’ll be willing to open up a bit more.

Each character has three or four “Chapters” to regale you with, and their stories are a bit more nuanced than the short anecdotes you find along the road, like the sailor who had a happy family life but yearned for the adventures he used to read about in dimeback novels. When war broke out, he joined up with the Merchant Marines and left to find an adventure of his own. Or the Southern priest who’s oddly obsessed with listening to my ghost stories. Mostly they’re stories of groups left behind by America, marginalized, struggling to find a place in a society that’s supposed to welcome all comers. Hard truths, and ones America has long struggled with, or even covered up.

Those truths are part of the American mythos too though, and WTWTLW demonstrates this by feeding your campfire stories back into society. After you’ve visited a few of these fellow travelers, you’ll encounter your own collected stories out in the wild again—but twisted, expanded upon, more powerful.

Traveling through Louisiana I encountered a bull sitting next to a dead traveler. That’s the factual story. Later, after telling this story around a few campfires, I heard the same story from a person in Arizona—except now it was the “King of Bulls, exacting revenge on those who imprison his people.” Or I stopped a person from robbing an old grave, and later heard a story about an entire band of vigilantes traveling the midwest to kill grave robbers. Two people living in a lighthouse eventually morphed into a story about a lighthouse that only shone in the presence of two lovers.

This blend of myth and truth is what makes WTWTLW special, the contrast between people’s everyday lives, their small struggles and smaller victories, and the ensuing tall tales. You can watch as American legend is woven before your very eyes, a combination of truths and half-truths and hundreds of distinct experiences. You’ll see stories passed from person to person, each retelling exaggerated a bit more until what’s left bears no resemblance to where you started. A silly old man you meet in the woods becomes “The Leatherman,” a ghost who’s wandered the country for 200 years. A mom admonishing her children in Southern California becomes a story about two children who encountered a monster. And so on and so forth.

It’s the sort of game that left me constantly wondering what was next. I think that’s what’s kept me coming back each night, despite the slow pace. There’s so much to see, and like the travelers you meet along the way there are stories for everyone. Maybe you’re into hopeful stories, or tales of revenge, or love, or sadness, or like the priest maybe you’re just here for the ghost stories.

America has them all, and soon you will too.

It’s fascinating to play WTWTLW in an era where building up myths is a bygone art. Technology, much as I love it, has made America smaller, left us less room for a Jersey Devil or a Bigfoot to wander the woods. If you want to know the true story of Casey Jones, you can go read about him on Wikipedia. If tomorrow you heard tell of Paul Bunyan, a superhuman lumberjack with a friendly blue ox companion, you’d expect to see the pair on YouTube by mid-afternoon. It’s the world we live in.

WTWTLW makes room for two Americas though, side-by-side: An America of legends and an America of the mundane. And it’s where the two intersect that you often find the real “truth”—a bit exaggerated, maybe, but nevertheless striking on something more important than the events themselves, something that speaks to the human condition in a way pure facts couldn’t.

Best Prices Today: Where the Water Tastes Like Wine