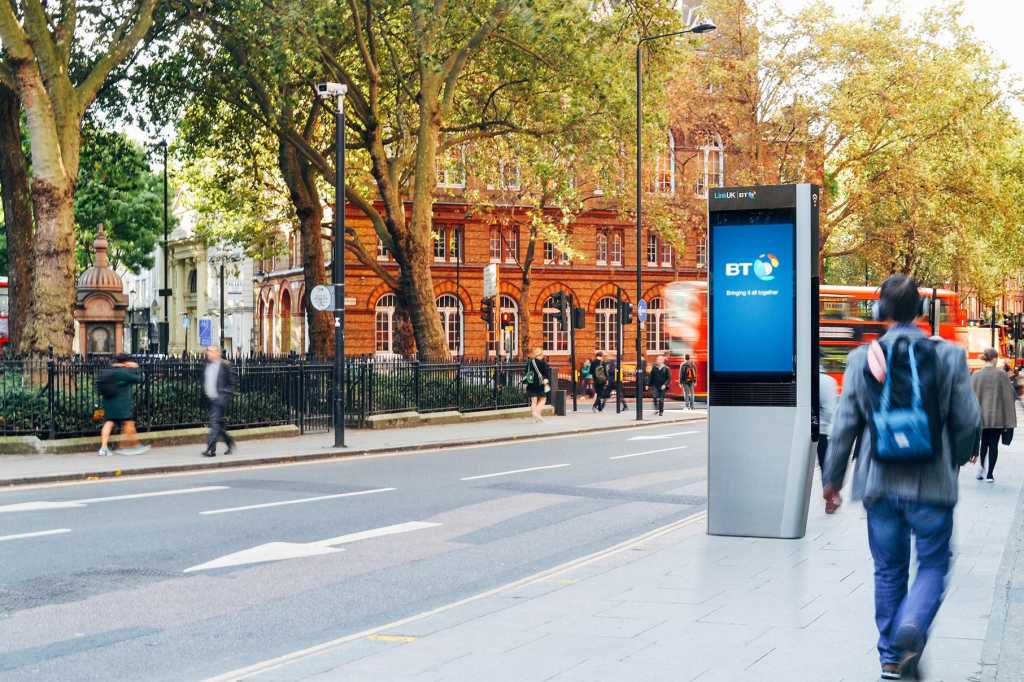 Intersection, the company behind LinkNYC, is partnering with British telecommunications operator BT and outdoor advertising company Primesight to deliver the service in London. Intersection is partly funded by Sidewalk Labs, a subsidiary of Google’s parent Alphabet.

Next year, BT will replace 100 of its phone booths with the LinkUK pillars, delivering gigabit Wi-Fi, free phone calls, and local information services on built-in Android tablets. The companies aim to install up to 750 of the hotspots across the UK in the coming years.

The pillars will also offer free power, via USB charging sockets. There’s no risk of them slurping your phone’s contents, or infecting them via the BadUSB vulnerabilities, as the sockets contain no data lines.

Free web browsing will not be allowed on the London Link pillars.

Limiting the tablet to providing local information has other benefits, though, said King. “Another reason to remove the tablet web browser is to prevent people monopolising kiosks for long periods.”

LinkUK, like LinkNYC, will be funded by advertising. Instead of the posters or wrap-around ad spots that Primesight will sell on 17,500 other BT phone booths around the U.K., the new pillars will each carry two 55-inch HD displays running non-stop commercials and public service announcements.

London’s traditional red phone boxes won’t disappear from London’s streets with the introduction of the new pillars: Many of the 602 remaining in the London area are legally protected as historic architectural features. Instead, the pillars’ brushed stainless steel and glass panels will replace a more recent generation of phone booths, made of the same materials.

Intersection isn’t the only game in town when it comes to public gigabit Wi-Fi: Berlin is getting its own gigabit service, thanks to mobile network operator Vodafone.