DICE didn’t let you down this time, folks.

Battlefield 4 stumbled out of the gate with connection problems. The less said about Battlefield: Hardline the better. But Battlefield 1 roars in your face and punches you in the gut, blending a surprisingly poignant single-player campaign with the massive, chaotic multiplayer experience the series is famous for, all set in World War I’s frantic trenches. It’s a strong frontrunner for 2016’s game of the year. 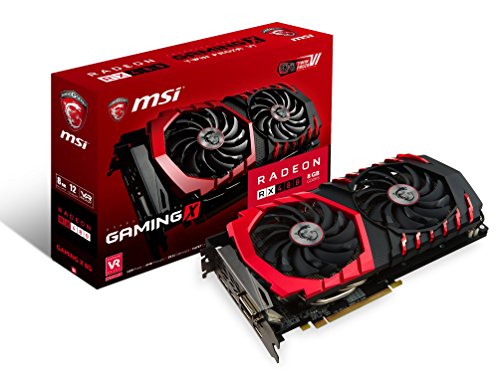 More intriguingly, DICE leveraged its technical prowess to help push “closer-to-the-metal” graphics APIs into the world. Long before DirectX 12 was a glimmer in Microsoft’s eye, DICE built support for AMD’s similar Mantle technology into its Frostbite engine and Battlefield 4, with technical director Johan Andersson cheerily praising Mantle’s capabilities to industry and press alike. Heck, DICE’s Star Wars: Battlefront served as the first-ever DX12 game to hit Xbox One—and Battlefield 1 is the first game in the series to support DX12 from day one.

Mantle’s since been supplanted by DirectX 12 and Vulkan, but its legacy lives on, as AMD constantly trumpets how its PC hardware was designed to better leverage next-gen graphics APIs. Considering the rich, intertwined history between AMD, DICE, and “close to the metal” graphics technology, when AMD offered to send us a custom-built, all-AMD PC built with Battlefield 1 in mind for testing, we jumped at the offer.

Grab your bayonet and let’s go.

Before we dive into performance, here’s a high-level look at every aspect of AMD’s Battlefield 1 PC.

Oh, and AMD tossed in a strip of red LED lights because Radeon. Multi-colored LEDs are essentially a gaming cliché by this point, but hey, I dig them.

Anywho, add it all up and you’re looking at a grand total of $844.94 for the complete PC at the time of this writing. And if you build a similar PC in the near future you’ll get two of 2016’s best PC games tossed in free, as AMD’s bundling FX processors with Deus Ex: Mankind Divided through November 13, and AM3+ motherboards come with a free copy of Doom until January 27. (Nope, there aren’t any Battlefield 1 bundles being offered right now.)

Building a PC around an AM3+ FX processor feels kind of worrisome right now, as AMD’s high-performance “Zen” processors are set to replace the aging platform in early 2017. That said, FX processors still deliver great bang-for-buck performance in budget and mainstream gaming PC builds, and AMD loads its processors with many more cores than Intel’s, which could theoretically pay dividends as more and more games embrace DX12 and Vulkan.

The Radeon RX 480 can power no-compromises 1080p gaming and even virtual reality, while this MSI Radeon RX 480 model in particular adds more future-proofing with its spacious 8GB memory buffer and wonderful custom cooler, which hovered around a chilly 64 degrees Celsius under load and never once topped 67 degrees. Even better, Radeon RX 480 prices are finally starting to hit their MSRP, with the 4GB version of the MSI RX 480 Gaming X going for $200 on the nose on Amazon after rebate.

The rest of the build is pretty straightforward, aside from the Intel Series 600p NVMe M.2 SSD—a component that’s still relatively rare in PCs. Look at how tiny it is! You have to remove the graphics card to even see it. This tiny barn burner makes Windows 10 boot times and Battlefield 1 load times lightning-quick.

Beyond that, the MSI 970A Gaming Pro Carbon is damned sexy for an affordable motherboard, and I was surprised at how spacious and well-designed the Corsair Carbide 400C is. It won’t be for everybody, because it eliminates 5.25-inch storage bays completely in order to achieve cleaner airflow inside the case. But finding so much elbow room inside a mid-tower is wonderful, and the windowed side—which swings out like a door with the push of a latch—is another nice touch.

Battlefield has always been a PC-centric series, and as usual, DICE didn’t skimp on this game’s PC port. Battlefield 1’s graphics menus are loaded with all sorts of settings. You’ll find options to adjust the field of view (both on-foot and in-vehicle), resolution scaling, granular graphics quality controls, anti-aliasing choices, DX11 vs. DX12, and even various color filters for colorblind gamers.

Of particular note is the “GPU Memory Restriction” option, which dynamically adjusts the game’s visual quality if you start to bump up against your graphics card’s onboard memory limits. It sounds similar to Gears of War 4’s “Tiled resources,” which automatically lowers texture quality to avoid blowing past your VRAM.

We disabled the feature for testing purposes (not that it matters on this PC’s 8GB Radeon RX 480), but you should leave it enabled at home. The loss of visual fidelity is preferable to using more memory than your graphics card has onboard. If you exceeded your card’s VRAM, the game would tap into your PC’s far slower overall system memory instead, resulting in nasty in-game stuttering. That said, 4GB cards shouldn’t have any trouble running the game on Ultra settings.

Here’s a look at all of Battlefield 1’s graphics options:

The game offers control options and key binding support galore, as well. Like I said, DICE does PC ports right.

DICE’s technical prowess visibly manifests the second you boot up Battlefield 1. It’s gorgeous. Utterly gorgeous. As beautiful as Star Wars: Battlefront was last year, Battlefield 1 one-ups it in every way—though the two definitely share a similar visual style and feel. Even better, all that delicious eye candy runs buttery-smooth.

To quantify my initial “damn that’s purdy” reaction, I turned to benchmarking. With V-Sync and the aforementioned GPU Memory Restriction disabled, and FOV set to 90 (PC gaming ftw!), I booted up the first checkpointed section of Battlefield 1’s “Through Blood and Mud” campaign—a straightforward jaunt that has you guiding a tank toward a fortified windmill.

Testing began when the checkpoint loads, before the infantry runs ahead to start the surge, to right after the tank passes underneath the bridge ahead of the windmill. There’s some slight variability in troop movement and weapons fire along the path, so I ran the section three times with FRAPS recording and averaged out the results. Battlefield 1’s stock Ultra and High graphics presets were used.

Without further ado, here are the results:

There you have it: Battlefield 1 on this all-AMD PC easily surpasses the hallowed 60-frames-per-second mark at 2560×1600 resolution and flirts with 90 fps at 1920×1080, even with all the whistles cranked. The very high minimum frame rates—a mark of fluidity and lack of stuttering—are just as impressive, staying at nearly 60 fps at 2560×1600/High and 75 fps at 1080p. That’s downright superb, especially for an affordable AMD CPU/GPU combo found in many budget and mainstream gaming PCs.

The one downside to this machine? Power efficiency. At 355 watts under load, this FX-8370 rig consumes 71W more than PCWorld’s Core i7-5960X-based GPU testing system when it’s equipped with a reference 8GB RX 480. On the flip side, MSI’s custom cooler keeps the GPU running at a frosty 64 degrees Celsius—a damned fine result.

Encouraged, I enabled DirectX 12…and immediately found myself disappointed.

DICE’s rich history with close-to-the-metal graphics APIs isn’t apparent in Battlefield 1’s DX12 implementation, as was immediately clear the moment I booted up the PresentMon DX12 benchmarking tool and just plain looked at the game.

Flipping the DX12 switch results in no noticeable frame rate increase and actually results in slightly slower average frame rates at 2560×1600 resolution, even with the extra CPU cores and dedicated async shader hardware built into Radeon GPUs. Worse, enabling DX12 actually introduced some infrequent but massive stuttering to the game. Frame rates sometimes stalled out and dipped below 30 fps, which is very noticeable while you’re playing. That stuttering behavior wasn’t consistent, oddly enough; in a handful of benchmark runs it didn’t occur whatsoever. When it did, though, it tended to be when explosions roared or buildings collapsed.

Activating DirectX 12 in Battlefield 1 results in a demonstrably worse experience. But it might not on your rig?

Intrigued by the poor and somewhat random DirectX 12 performance, I glanced around the web for other Battlefield 1 performance results. Gamers Nexus, TechSpot, and even AMD’s own BF1 reviewers guide reported similar results, though TechSpot didn’t see minimum frame rates plummet with the RX 480, and AMD’s guide focused only on average frames rates.

But! In Tweaktown’s tests, the RX 480 received massive frame rate increases in DirectX 12, while a separate AMD test comparing Battlefield 1 performance with various FX-brand processors—also paired with an 8GB RX 480—showed a roughly 20-fps gain moving from DX11 to DX12 with the FX-8370.

Bizarre stuff indeed, and we’ve reached out to AMD to ask how it achieved the results in its CPU-centric testing, because the basic configuration of that rig is largely similar to the all-AMD PC I’ve tested today. Testing by the other sites mentioned above show PCs outfitted with Intel and Nvidia hardware displaying similar behavior in DirectX 12.

Something weird is going on. No matter how you slice it, Battlefield 1’s DirectX 12 support out of the gate is pretty damned disappointing, and doubly so considering DICE’s legacy with Mantle and DirectX 12. Here’s hoping DICE keeps polishing BF1’s DX12 implementation and results slowly improve, similar to how Rise of the Tomb Raider’s DirectX 12 support keeps slowly getting better.

But don’t sweat that if you own an FX-8370-powered rig or a Radeon RX 480. Even though Battlefield 1’s DX12 support falters, the good news is it doesn’t really matter, because the game plays so well in standard DirectX 11. Stick to that and Battlefield 1 flat-out shines on AMD’s budget-friendly hardware. It looks awesome, runs buttery-smooth, and is nothing short of spectacularly optimized, even at 2560×1600 resolution.