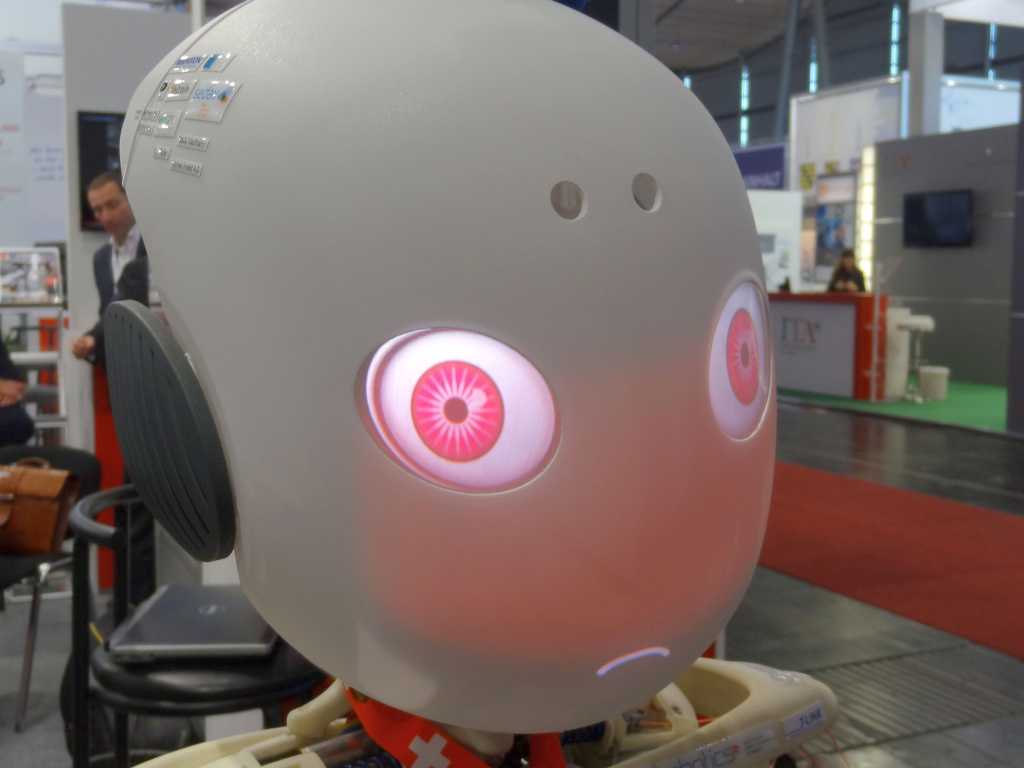 That joke is at least as old as Deep Blue’s 1997 victory over then world chess champion Garry Kasparov, but even with the great strides made in the field of artificial intelligence over that time, we’re still not much closer to having to worry about computers’ feelings.

Computers can analyze the sentiments we express in social media, and project expressions on the face of robots to make us believe they are happy or angry, but no one seriously believes, yet, that they “have” feelings, that they can experience them.

Other areas of AI, on the other hand, have seen some impressive advances in both hardware and software in just the last 12 months.

Deep Blue was a world-class chess opponent — and also one that didn’t gloat when it won, or go off in a huff if it lost.

Until this year, though, computers were no match for a human at another board game, Go. That all changed in March when AlphaGo, developed by Google subsidiary DeepMind, beat Lee Sedol, then the world’s strongest Go player, 4-1 in a five-match tournament.

AlphaGo’s secret weapon was a technique called reinforcement learning, where a program figures out for itself which actions bring it closer to its goal, and reinforces those behaviors, without the need to be taught by a person which steps are correct. That meant that it could play repeatedly against itself and gradually learn which strategies fared better.

Reinforcement learning techniques have been around for decades, too, but it’s only recently that computers have had sufficient processing power (to test each possible path in turn) and memory (to remember which steps led to the goal) to play a high-level game of Go at a competitive speed.

Better performing hardware has moved AI forward in other ways too.

In May, Google revealed its TPU (Tensor Processing Unit), a hardware accelerator for its TensorFlow deep learning algorithm. The ASICs (application-specific integrated circuit) can execute the types of calculations used in machine learning much faster and using less power than even GPUs, and Google has installed several thousand of them in its server racks in the slots previously reserved for hard drives.

The TPU, it turns out, was one of the things that made AlphaGo so fast, but Google has also used the chip to accelerate mapping and navigation functions in Street View and to improve search results with a new AI tool called RankBrain.

Google is keeping its TPU to itself for now, but others are releasing hardware tuned for AI applications. Microsoft, for example, has equipped some of its Azure servers with FPGAs (field-programmable gate arrays) to accelerate certain machine learning functions, while IBM is targeting similar applications with a range of PowerAI servers that use custom hardware to link its Power CPUs with Nvidia GPUs.

For businesses that want to deploy cutting-edge AI technologies without developing everything from scratch themselves, easy access to high-performance hardware is a start, but not enough. Cloud operators recognize that, and are also offering AI software as a service. Amazon Web Services and Microsoft’s Azure have both added machine learning APIs, while IBM is building a business around cloud access to its Watson AI.

The fact that these hardware and software tools are cloud-based will help AI systems in other ways too.

Being able to store and process enormous volumes of data is only useful to the AI that has access to vast quantities of data from which to learn — data such as that collected and delivered by cloud services, for example, whether its information about the weather, mail order deliveries, requests for rides or peoples’ tweets.

Access to all that raw data, rather than the minute subset, processed and labelled by human trainers, that was available to previous generations of AIs, is one of the biggest factors transforming AI research today, according to a Stanford University study of the next 100 years in AI.

And while having computers watch everything we do, online and off, in order to learn how to work with us might seem creepy, it’s really only in our minds. The computers don’t feel anything. Yet.