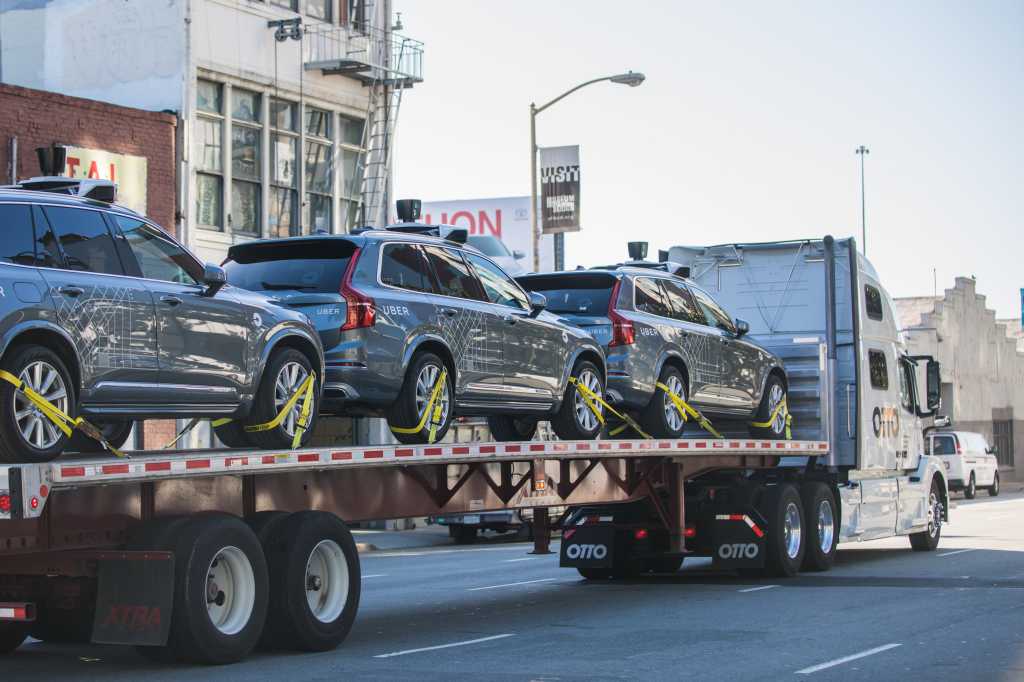 A day after it was forced to halt self-driving car testing in California, Uber loaded its cars onto trucks on Thursday and shipped them to neighboring Arizona, where testing will continue with the support of that state.

The cars were loaded onto trucks built by Otto, an Uber subsidiary developing self-driving trucks, and left San Francisco in the morning, Uber said in a statement.

“Our cars departed for Arizona this morning by truck,” the company said. “We’ll be expanding our self-driving pilot there in the next few weeks, and we’re excited to have the support of Governor Ducey.”

Uber also released a series images to journalists of the cars on trucks leaving the city—a very public rebuke to its home city and state.

The cars had been on San Francisco streets for just a week when they were forced to the curb. Since launching the self-driving trials last week, Uber has been in dispute with the state’s Department of Motor Vehicles.

The DMV says Uber needs an autonomous car license to test the cars, but Uber contends the cars are little different from Tesla cars with advanced lane-keeping technology.

At the end of last week, the state threatened legal action against Uber if it didn’t remove its cars from public streets.

On Wednesday, Uber was forced to end the service with the DMV withdrew the registrations for the cars. The images distributed by Uber on Thursday were notable in not showing the license plate area of the vehicles.

“Arizona welcomes Uber self-driving cars with open arms and wide open roads,” he said in a statement. “While California puts the brakes on innovation and change with more bureaucracy and more regulation, Arizona is paving the way for new technology and new businesses.”

The California regulations Ducey refers to are hardly onerous, and licenses are cheap, but they do require companies submit an incident report each time a self-driving car is involved in an accident.

The reports are published online and they sometimes generate negative publicity for the car developer. That’s perhaps something Uber wanted to avoid.

Uber said on Wednesday that it remains “100 percent committed to California and will be redoubling our efforts to develop workable statewide rules.”

California’s DMV said Uber has said it is interested in applying for a license to restart testing in the state.