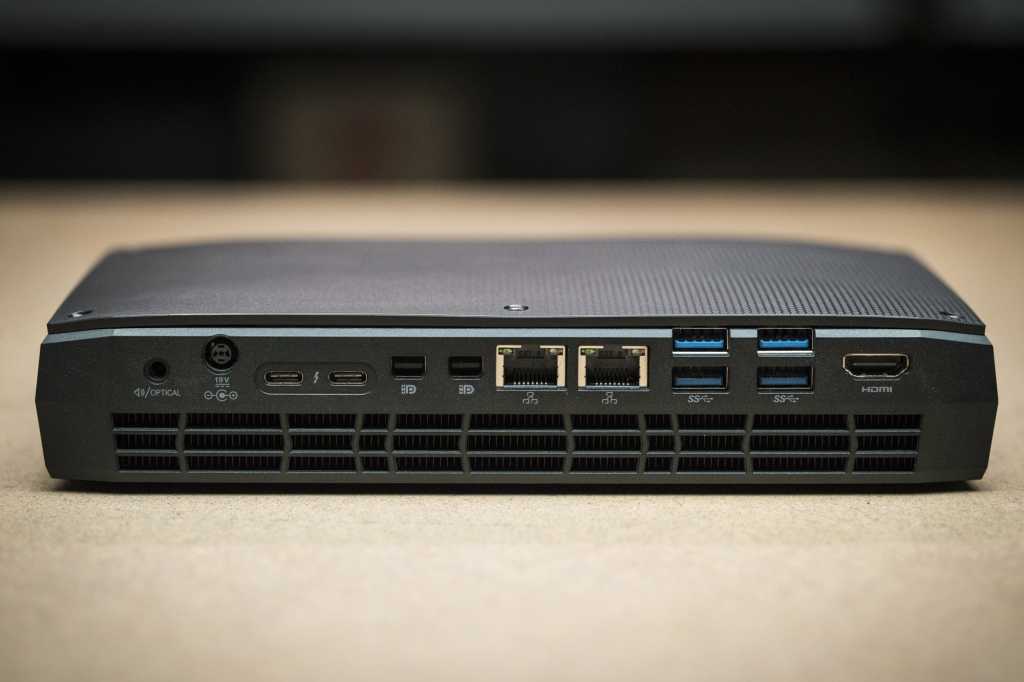 A lot of cool technologies are coming to Intel’s latest NUCs, which are powerful mini-desktops that now boast the company’s latest Kaby Lake chips.

A NUC  packs all components tightly in a small PC that is light enough to be held  in one hand. These mini-PCs are easily customizable and considered desktop replacements.

Some of the new NUCs have Thunderbolt 3 ports, Intel Iris Plus graphics for 4K video, and are ready for Intel’s superfast Optane storage.

Intel has announced three new “tall” NUCs with 7th-gen Core i3, i5, and i7 chips, and two “short” NUCs with Core i3 and i5 chips. The tall NUCs are slightly larger and more powerful than the short NUCs.

The primary use of the Kaby Lake NUCs is for home entertainment, video editing, mainstream gaming, and as a smart home hub, an Intel spokesman said.

The NUCs with Core i3 will be available shortly after CES, while others with Core i5 and i7 will ship later in the first quarter.

The new NUCs are being announced alongside new Kaby Lake chips, which are being used in dozens of new laptops. The Kaby Lake chips are from 5 to 15 percent faster than Intel’s older chips code-named Skylake.

The tall Core i7 unit is new, while the others are succeeding older NUCs with Skylake chips. Intel hasn’t announced a successor to its popular NUC called Skull Canyon, which has a Skylake chip.

The mini-desktops with Core i3 will serve as entry-level units, but Core i5 and i7 units are powerful and loaded with Thunderbolt 3 and Intel Iris Plus graphics.

Optane will initially be available in the form of low-capacity flash storage that will help speed up applications. Optane, which is based on 3D Xpoint technology, will later be available in the form of high-capacity SSDs and memory DIMMs. Intel has shown Optane SSDs being 10 times faster than conventional SSDs, and denser than DRAM. Laptops like the ThinkPad T570 are already being announced with support for Optane.

All the mini-PCs will support HDMI 2.0 for 4K video. Details on other ports in the NUCs weren’t available, but will be shared by Intel on its website.

But one can expect the latest 802.11ac Wi-Fi and Bluetooth. The Thunderbolt 3 port will carry out the functions of a standard USB-C port. Thunderbolt 3 will make it possible to attach portable storage, external graphics cards and monitors to NUCs with communication speeds of up to 40Gbps (bits per second).

The NUCs will support DDR4 memory.