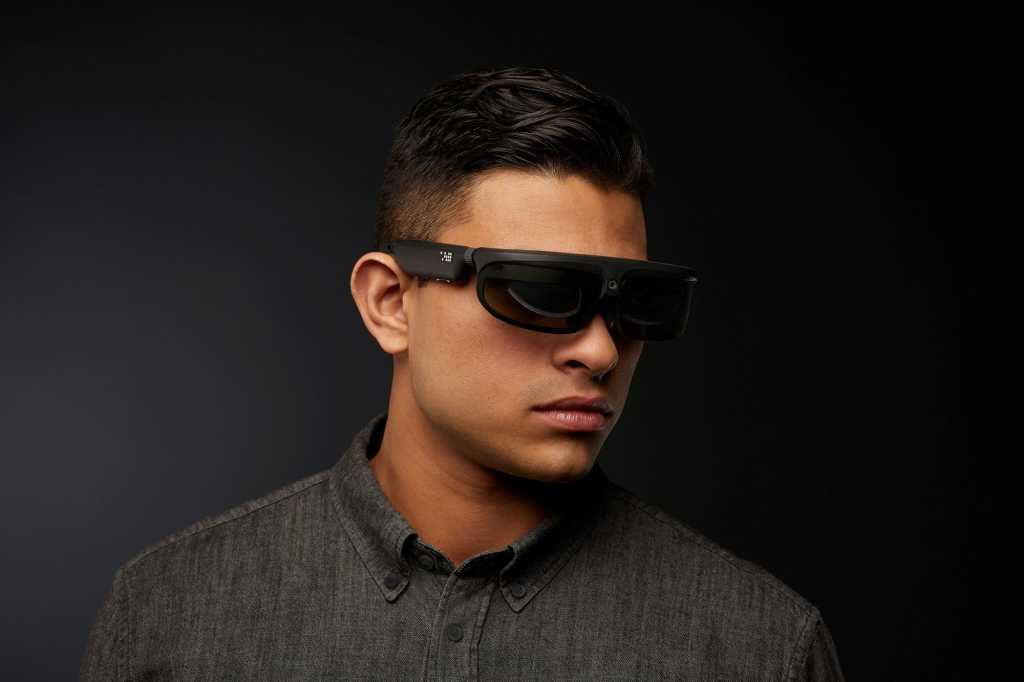 The new R-8 and R-9 mixed reality smartglasses from Osterhout Design Group are sleek, small, and fit in your pocket. The products show that AR headgear doesn’t need to be as big and clunky as Microsoft’s HoloLens.

The new smartglasses, announced at CES, are self-contained computers for augmented reality and virtual reality applications, much like HoloLens. The see-through smartglasses allow users to interact with 3D objects that pop up as floating images on top of real-world backgrounds.

But the biggest advantage of ODG’s smartglasses is the small size and weight. The ODG glasses come in a wearable form factor, an idea pioneered by Google Glass, although the new products can’t be worn all day. The R-9 weighs about 184 grams and the R-8 about 128 grams. At 579 grams, the HoloLens is three times heavier than the R-9.

The final prices will be set a later date, but the company floated rough numbers. The high-end R-9 will be priced at about US$1,800 and ship in the second quarter. The R-8, which has more basic features, will ship in the second half for less than $1,000.

ODG’s smartglasses are versatile and can also be used for VR. An overlay covers up the background so users can watch VR movies with cinematic clarity. At CES, ODG will demonstrate scenes from the upcoming Alien: Covenant movie to a limited number of attendees. The movie is being distributed by Fox, a minority shareholder in ODG.

Additionally, users at CES will be able to see footage from TV channels like Fox Sports, Fox News, and National Geographic. A number of AR demos will also be shown.

Users will be able to run AR applications based on the popular Vuforia platform, which also works with HoloLens. The R-9 and R-8 run on RecticleOS, which is based on Android 7.0. The smartglasses won’t support the Windows Holographic AR platform.

AR is still a nascent market, and applications are being created. A lot of experimentation has taken place on ODG’s existing R-7, and HoloLens has been used to help architects design buildings and educate medical students on human anatomy and surgery.

The R-9 and R-8 will provide battery life equivalent to that of smartphones. For example, they may provide five to six hours of battery life when watching movies and longer when browsing the web. Users can run regular applications on the smartglasses by connecting a Bluetooth keyboard.